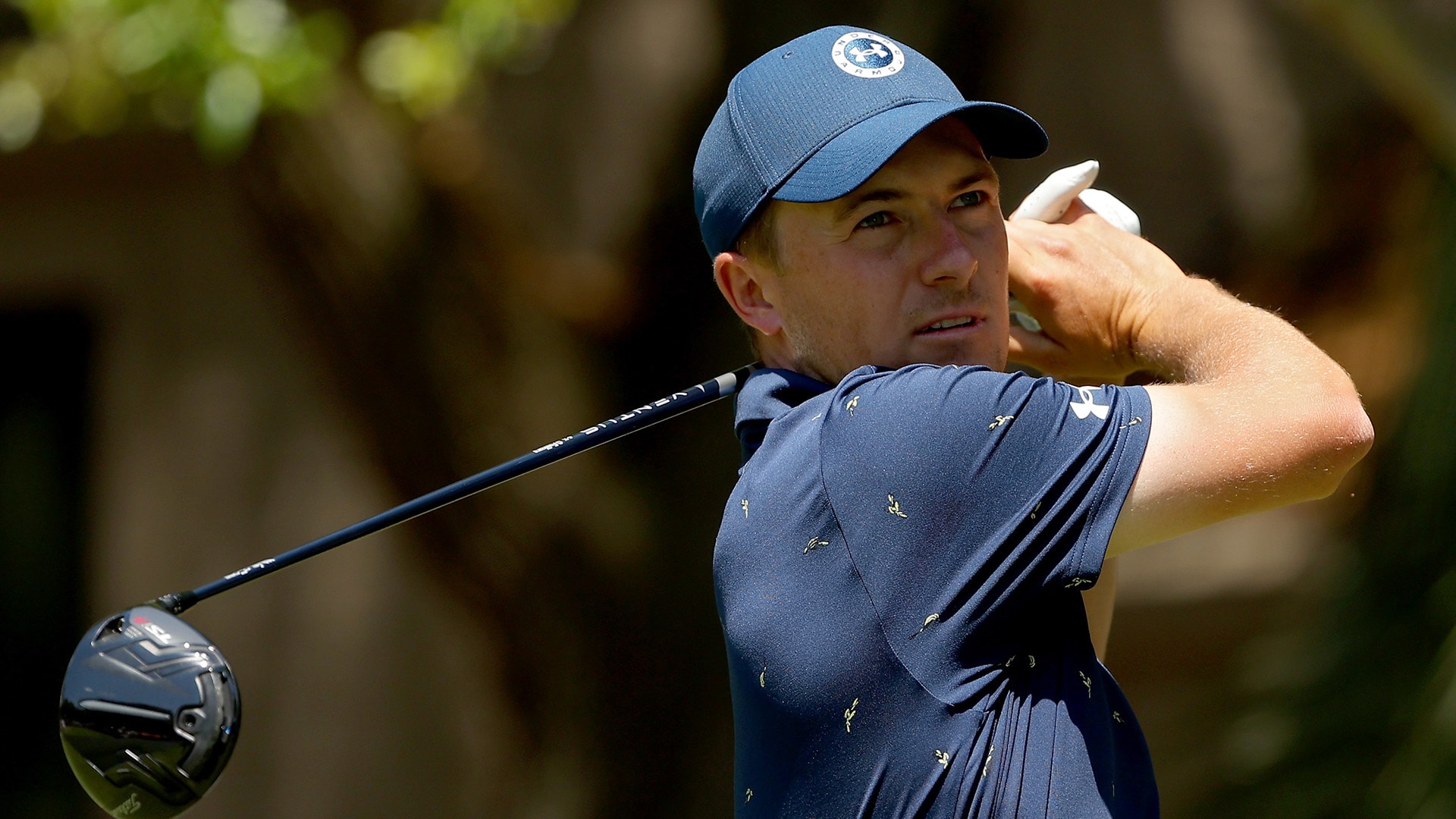 Jordan Spieth’s third round at the RBC Heritage included a tough finish, but he’s made up for it, and then some, in the first five holes of Sunday’s final round.

After a par at the first, Spieth holed out for eagle from a greenside bunker at the par-5 second to reach 10 under par.

Two more pars at Nos. 3 and 4 sent Spieth to the par-5 fifth needing some more fireworks to continue to climb the leaderboard.

After a great tee shot and an approach that found the right side of the green, Spieth rolled in a 24-footer for another eagle to reach 12 under and tie the lead.

Spieth, who has only one top-10 finish on the PGA Tour this season, is looking to win for the first time since the 2021 Valero Texas Open.