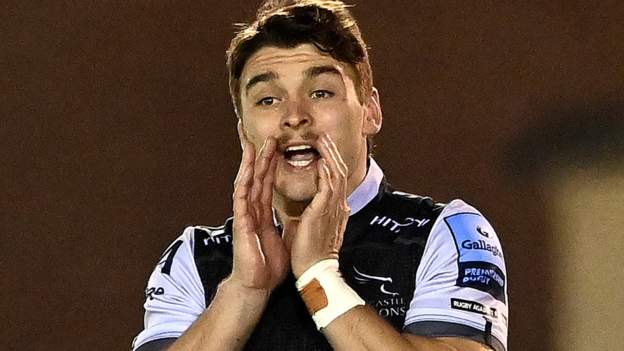 The 22-year-old five-times capped Argentina international first signed for Newcastle from Argentine Super Rugby side Jaguares during the Covid pandemic in December 2020.

But he signed a one-year deal last June and since scored his first Falcons try.

Carreras has now made 13 appearances for the Falcons, including that first five-pointer in the home defeat by Gloucester in January.

"The Falcons have given me the opportunity to play top-level rugby in a great league like the Premiership," Carreras said.

"The coaches here have really improved me as a player and I know this is a club where I can continue to get better.

"It's thanks to Newcastle that I'm now playing for my country."

Newcastle director of rugby Dean Richards added: "Mateo is a real livewire in attack. His pace and footwork are obvious but he also possesses incredible strength for a relatively small guy, which makes him a real handful for any defence. He will be a key weapon for us as we continue to build.

"As well as that he's just got a really positive attitude and a desire to keep improving, so it's been great to see him stepping up and earning his first few caps for Argentina."