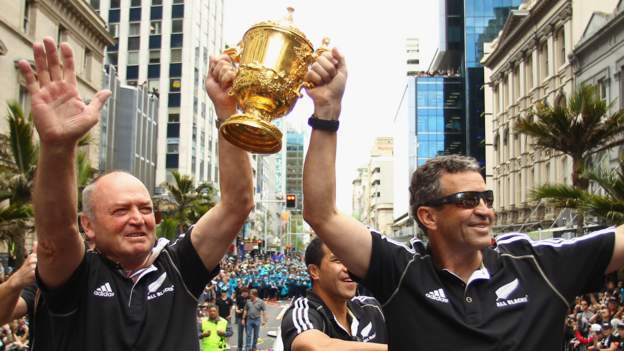 Smith - assistant coach to Henry with the All Blacks - had joined as a technical coach earlier in April, but has been promoted in the wake of Moore's departure.

Wesley Clarke will continue as assistant coach and is joined by Whitney Hansen, daughter of former All Blacks head coach Steve, while specialist scrum coach Mike Cron will also contribute.

New Zealand suffered four autumn defeats to England and France, but the new coaching structure may revive the defending champions' World Cup hopes, with the tournament beginning on 8 October.

New Zealand Rugby confirmed there would be further announcements about the management structure "with specific focus on leadership and culture".

"There is no questioning Wayne's calibre as a coach and what he will bring to this team," said New Zealand Rugby chief executive Mark Robinson.

"We know he is excited to be involved in the Black Ferns and about what they can build this year."