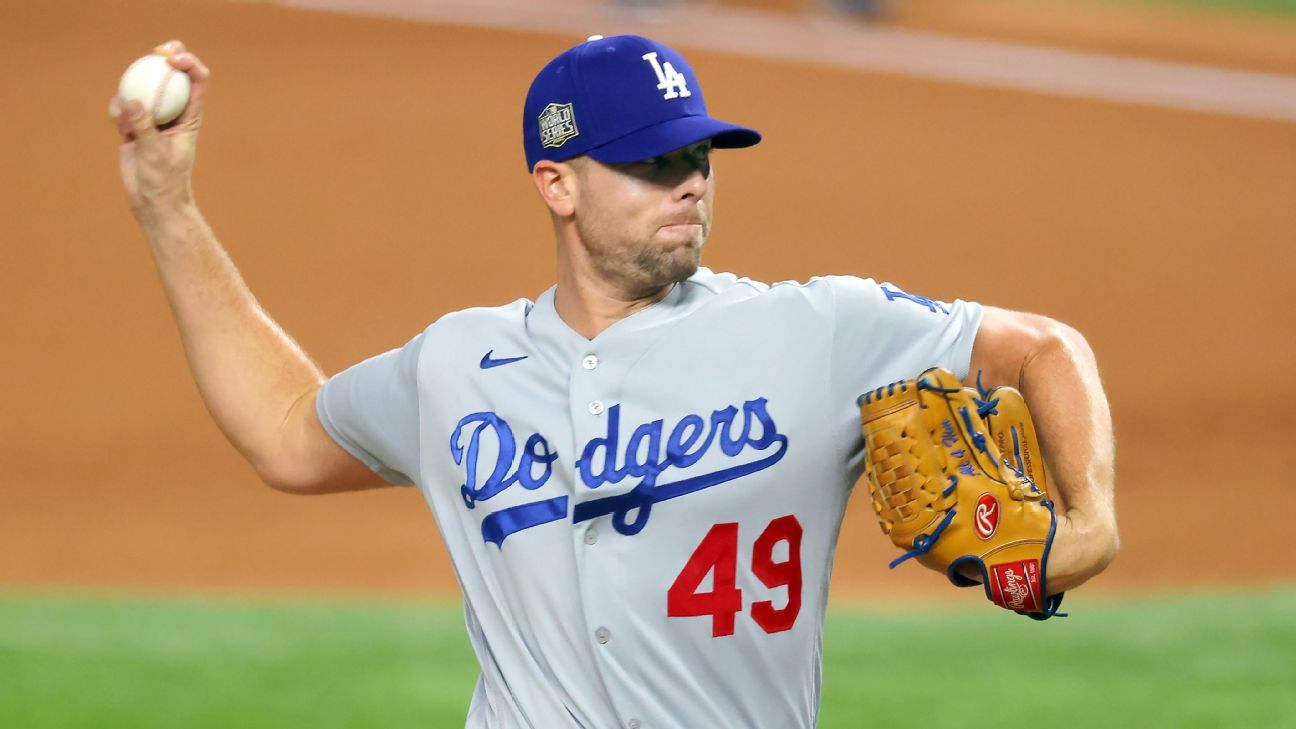 Blake Treinen, a setup man who is one of the Los Angeles Dodgers' most important relief pitchers, was placed on the injured list Friday with what the team described as right shoulder discomfort.

The severity of Treinen's injury was not yet known.

Treinen, who had a 2.48 ERA in 99 appearances for the Dodgers over the past two years, hasn't pitched since April 14, which means the Dodgers can backdate his 10-day IL stint so he can become eligible to return as early as Monday if they so choose.

The Dodgers initially hoped that a few days off would allow the 33-year-old right-hander to become available for this weekend's series against the San Diego Padres.

In Treinen's absence, the likes of Daniel Hudson, Brusdar Graterol and Alex Vesia will be relied on more heavily to bridge the gap for new closer Craig Kimbrel.

The Dodgers (9-3), who lead the majors with a .750 winning percentage entering Friday's games, called up left-hander Garrett Cleavinger to take Treinen's spot on the active roster.