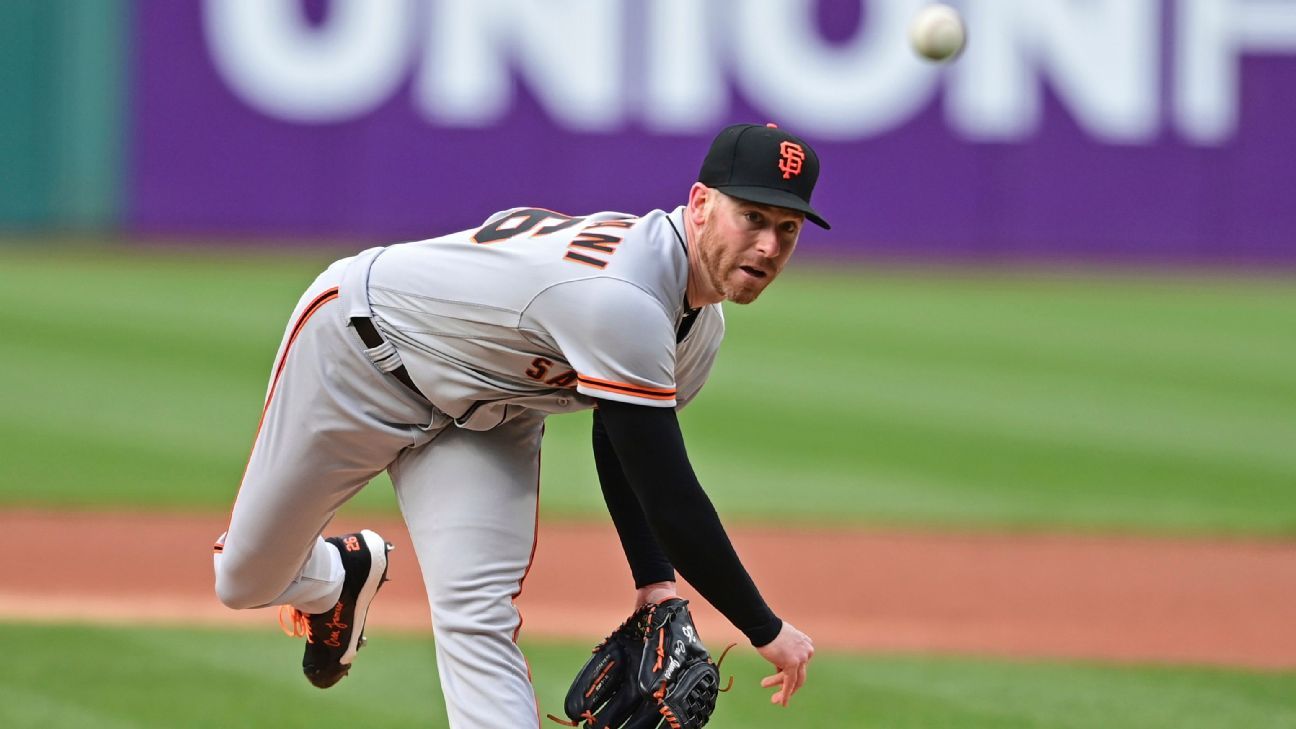 Manager Gabe Kapler made the announcement prior to the Giants' game against the Washington Nationals.

In addition, outfielder Steven Duggar was placed on the 60-day injured list because of a moderate left oblique strain.

DeSclafani (0-1, 6.08 ERA) allowed five runs and nine hits over five innings in a loss to the New York Mets on Thursday. Kapler said the plan is for DeSclafani to have an MRI on Monday.

Duggar left the game against the Mets on Thursday in the second inning. He's hitting .194 with four stolen bases in 12 games.

The Giants called up right-handed pitcher Jakob Junis and outfielder Luis Gonzalez from Triple-A Sacramento. Junis, 29, was 0-1 with an 8.74 ERA in three starts. Gonzalez, 26, was hitting .283 with three homers and seven RBIs in 11 games.

Junis and Gonzalez were both available against the Nationals.