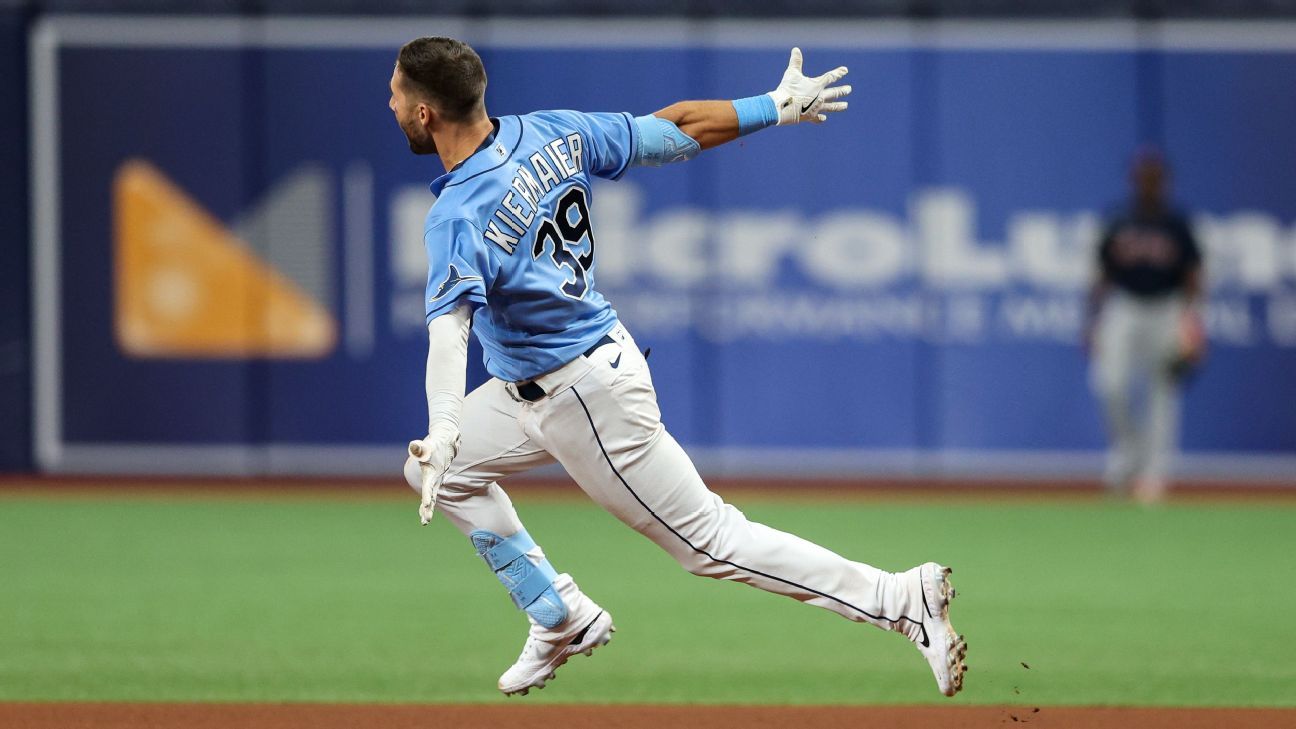 Kevin Kiermaier capped Tampa Bay's three-run 10th inning with a game-ending homer, and the Rays beat the Boston Red Sox 3-2 on Saturday night after losing their bid for a combined no-hitter in the top half of the final frame.

Major League Baseball rules say it doesn't count as a no-hitter until the game ends and a team finishes with no hits.

"You don't want to see that go to waste," Kiermaier said. "They threw great. Both sides did. This is about as good a pitchers' duel as you can get, each team using six or seven arms. But this is 2022 for you. Nothing is normal anymore."

Hansel Robles (1-1) then came in for Boston and struck out the first two Tampa Bay batters in the bottom half. But automatic runner Randy Arozarena advanced on a balk and scored when Taylor Walls reached on a throwing error by second baseman Trevor Story.

After Walls swiped second, Kiermaier drove Robles' 3-1 pitch deep to right for his first homer of the season.

According to ESPN Stats & Information, this marks the first time in baseball history that a team has lost a no-hit bid in extra innings and gone on to win in walk-off fashion. Two other teams won a game in which their no-hit bid was broken up in extra innings, but they were the road team on both occasions: the 1995 Montreal Expos against the San Diego Padres and the 1904 Chicago Cubs against the New York Giants.

"It's a dream of mine. I've wanted to hit a walk-off homer. I've never done it any level,'' said Kiermaier, who was batting .125 when he came up to hit in the 10th. "I'll never forget this moment, this day. After my early-season struggles I needed that so bad. Our team did. What a win!''

Brandon Lowe's leadoff double in the fourth off Boston starter Garrett Whitlock was the only hit of the game before Brett Phillips' two-out single in the eighth off Kutter Crawford. Mike Zunino followed with a 400-foot fly ball hauled in by Kiké Hernández at the wall in center.

Whitlock, who made 46 relief appearances for Boston last season, struck out seven in four innings in his first major league start.

"It's challenging, but they're also all really good,'' Boston bench coach Will Venable said. "We know our work's cut out for us when we play these guys. They have a lot of great pitchers that can mix and match and do a lot of different things.''

The homer was Kiermaier's first since Aug. 16.

"I just hope that HR makes me click so I can make more of an offensive contribution,'' he said. "Hasn't been great so far, but I'm going to get my swings and hope this is a turning point for me.''