White Sox OF Jimenez out 6-8 weeks for hammy 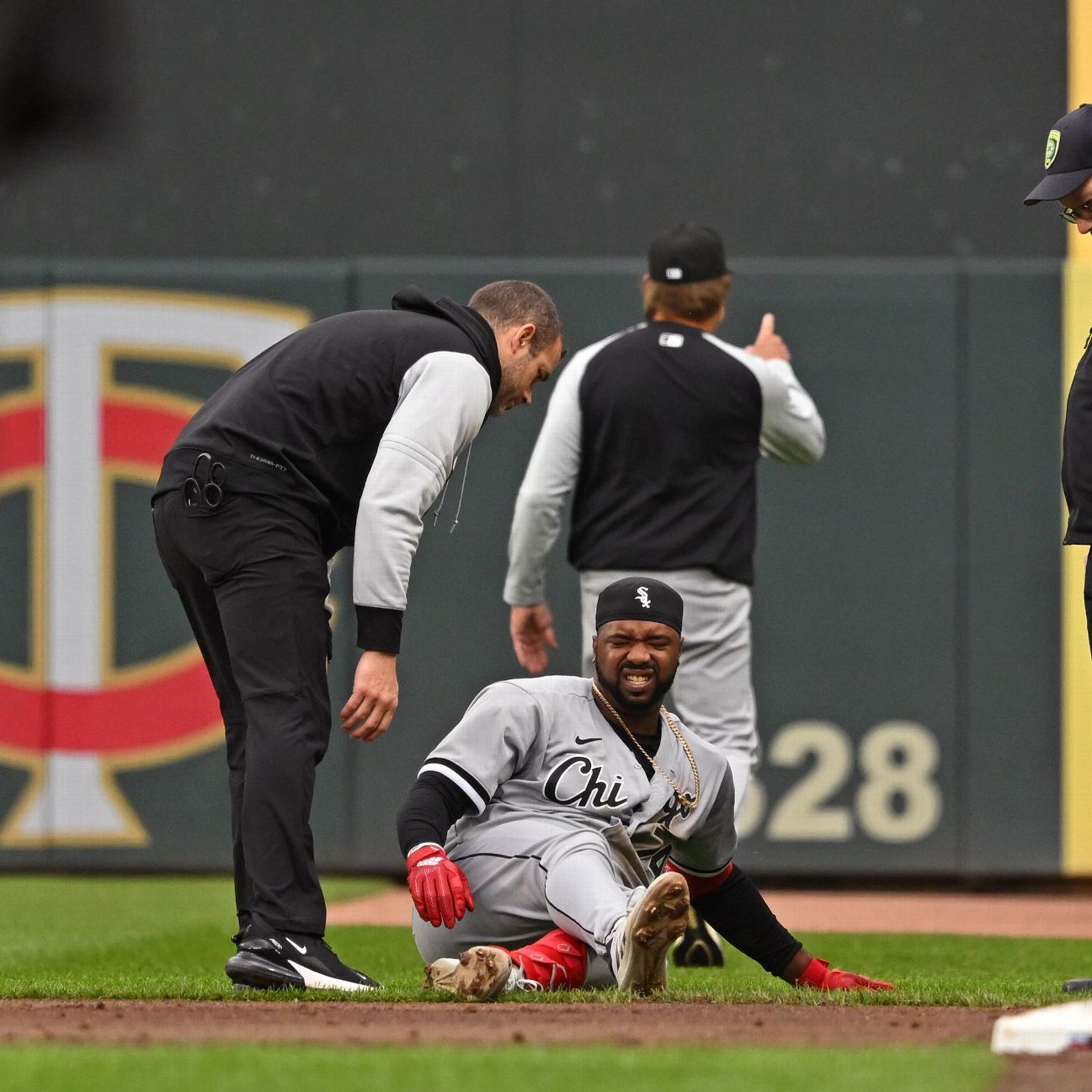 Chicago White Sox outfielder Eloy Jimenez is expected to miss six to eight weeks after suffering a hamstring strain in Saturday's loss to the Minnesota Twins.

Jimenez landed awkwardly on first base after hitting a ground ball to Twins third baseman Luis Arraez in the second inning. He immediately went to the ground and stayed there until the medical cart came while the training staff attended to his injury.

It is the second straight season Jimenez has landed on the IL with a long-term injury. Last year he was out for nearly four months with a pectoral injury suffered in spring training.

Jimenez, 25, was hitting .229 with one home run entering the game Saturday.

With Jimenez going on the 10-day injured list, the White Sox reinstated right-hander Lucas Giolito from the 10-day IL. Giolito will start Sunday's game against the Twins.

Information from ESPN's Jesse Rogers was used in this report.