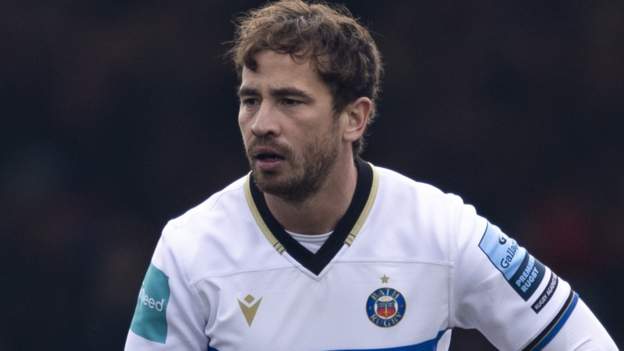 Former England fly-half Danny Cipriani is to leave Bath at the end of the season to join an overseas club.

The 34-year-old played has 14 times for the club this season with eight starts.

The ex-Sale, Wasps and Melbourne Rebels player joined Bath in March 2021 after leaving Gloucester in December 2020.

He won 16 England caps in a career that had controversial moments such as being hit by a bus on a team night out and being fined after admitting an assault during a pre-season tour to Jersey.

Bath announced the signing of Northampton fly-half Piers Francis on Thursday and also have highly rated homegrown fly-half Orlando Bailey under contract for next season.

"My last couple games in England are fast arriving" he posted on Instagram.

"I've decided to move on to experience a new country and make great memories with my family.

"Over the years I've accrued some amazing loyal supporters. I'm grateful. From the bottom of my heart. Thank you."