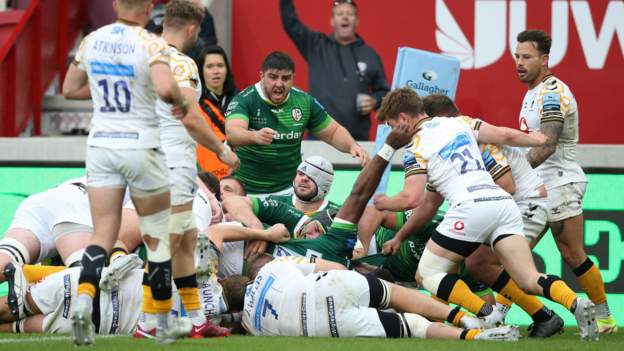 London Irish came from 25 points down to earn a record-breaking fifth Premiership draw of the season with a last-gasp penalty try against Wasps.

Trailing 39-14 after 67 minutes, Tom Pearson, Henry Arundel and Ollie-Hassell Collins scored before a penalty try was given for a maul infringement.

Wasps had the ball on the hooter when leading but could not find touch.

The result all-but ends the visitors' play-off hopes, with both sides still batting for a Champions Cup place.