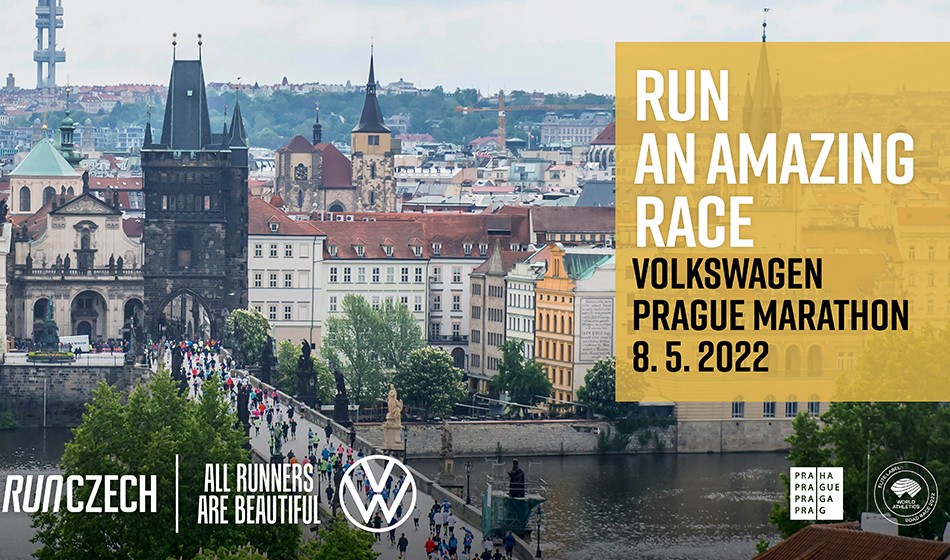 The lineup of elite athletes for the Volkswagen Prague Marathon on Sunday (May 8) from the Old Town Square in Prague shows that course records are possible.

The favourites in the men’s race are Kenyan Emmanuel Saina and Ethiopian Ayele Abshero whereas the female contenders include Kenyan Nancy Meto and Ethiopian Azmera Hagos.

However, it will not be just a victory for individuals. The new concept of the Battle of the Teams will make tension in the race until the last moment.

“We are glad that we managed to bring pro-athletes to Prague again, the spectators can look forward to great performances,” said Carlo Capalbo, president of the RunCzech organising committee.

We can also expect an attack on the women’s course erecord of 2:19:46. Meto, who dominated the race in Valencia last year with 2:19:31, has the biggest chance to attack the record. Her biggest rival should be Hagos – Ethiopian athlete won second place at the Paris Marathon in 2019 and was finishing third in the same season in Amsterdam, where she ran a personal best of 2:20:48.

Prize money of $12,500 is prepared for the winners of individual categories. For breaking a world record is the prize of $100,000. But another interesting bonus for professionals can also be the triumph in Battle of The Teams.

The Volkswagen Prague Marathon will offer a unique team concept of the race, where everyone can help with the result. Each of the six teams (Volkswagen, Mattoni, adidas Runners, Birell, ČEZ Group and Generali Česká pojišťovna) will have four pro-athletes and the rest will be joined by thousands of enthusiasts whose time is important from now on. The winning team will receive a $30,000 prize, which will be divided equally among all professional athletes.

Division of pro-athletes into Battle of the Teams