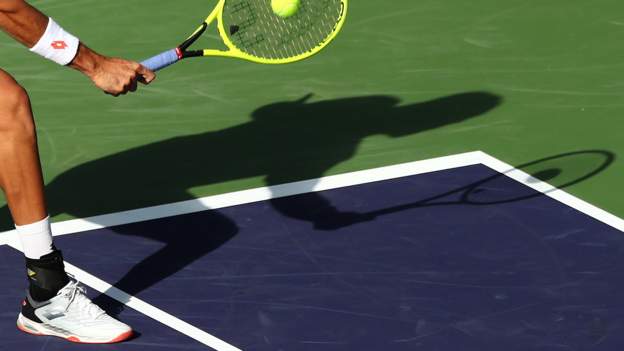 Six Spanish tennis players have been given lengthy bans after they were convicted of criminal charges relating to match-fixing.

The players were convicted in Spain as part of an ongoing case involving organised crime.

All six pleaded guilty and were given two-year suspended prison sentences.

The International Tennis Integrity Agency said it was "one of the most significant infiltrations of tennis by organised crime that we have seen".

The bans from tennis range from seven to 22 years.

The ITIA also enforced its own financial punishments, with Fornell-Mestres fined 250,000 euros of which 200,000 euros was suspended, and Marse-Vidri fined 15,000 euros with 5,000 euros suspended.

The remaining players received total fines of 450,000 euros of which 390,000 euros was suspended.

They cannot play in or attend any event organised by an international or national association, or coach in the professional game.

Fornell-Mestres' highest world ranking was 236 in 2007 and he has won two ATP Challenger Tour titles, while Marse-Vidri reached 562 in 2008. The four other players were all unranked.

"This ruling sends a strong message that match-fixing is a crime which can see criminal convictions," ITIA chief executive Jonny Gray said.

"We welcome the involvement of law enforcement agencies and the prosecution of entire criminal networks, not just the players involved."