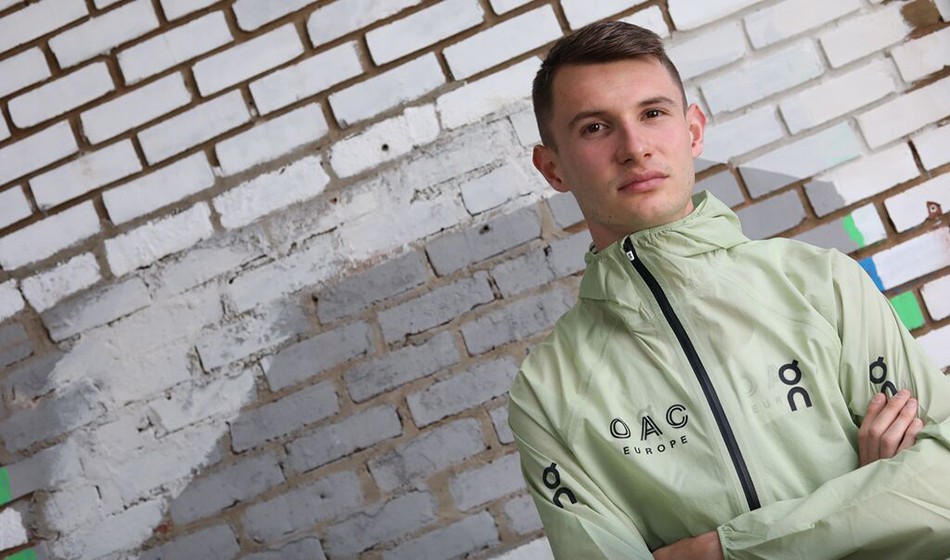 It is a sunny early summer morning in the Letzigrund Stadium in Zurich and George Mills is showing his training partners and a handful of journalists a clean pair of heels as he glides through some 100m strides. He bangs out a series in roughly 13 seconds each with a half-minute recovery between reps and he appears effortless in the process. Ahead of his opening races of the season – at the Emsley Carr Mile in London on May 14 and the 1500m at the Müller Birmingham Diamond League on May 21 – he looks in fine fettle.

Mills, the British 1500m champion in 2020, has spent recent months training under coach Thomas Dreißigacker with the new On Athletics Club Europe. The media are in Zurich to learn about the team and its ambitious plans. If the early successes of the original On Athletics Club based in Colorado are anything to go by, it will be worth watching.

Founded as recently as 2010, the Swiss shoe brand On Running launched the US team in August 2020 and one year later saw five of its athletes make the Tokyo Olympics. Like most good ideas, the plan was first mooted over a beer three years ago and it didn’t take the On team long to turn their dream into reality.

On Running’s goal was to “shake up the world of competitive running” and at the Millrose Games in New York earlier this year they began to do that when three of the marquee races were won by On Athletics Club athletes. Monson set a meet record in women’s 3000m, Beamish took a dramatic victory in the men’s 3000m and Hoare clocked an Australian record ahead of Josh Kerr in the Wanamaker Mile.

Monson and Beamish wore On’s new track spikes that day too and now athletes of the new European squad such as Mills are keen to try them out.

“It’s so cool,” Mills said at the team launch this month. “To join a pro team is every athlete’s dream when growing up. So far it’s a really special experience. When I was asked to join and I spoke to the team from On, it was a no-brainer. The support and direction they wanted to go was inspirational.”

Olivier Bernhard, a former elite triathlete and co-founder of On Running, added: “I know from my personal experience as an athlete how crucial it is to find the right support and a good team early in your career. With OAC Europe, we aim at giving young athletes with a big potential the little extra push to make it to the starting line of the big races in the future.”

OAC Europe focuses on developing athletes in the under-23 age group and more on 1500m. The runners were originally asked to take what Bernhard calls “a leap of faith” to join the team as they had no fixed training location when they signed. However they went to train at altitude in Dullstroom in South Africa earlier this year and now, probably in late June, they will head to St Moritz in Switzerland.

When not at these altitude camps, the athletes have often travelled home. But Mills has preferred to set up base in Leipzig, Germany, with a possible move to Berlin in the near future. He is even embracing the culture by trying to learn to speak German.

His team-mates in the group include:

Marta Garcia – a 4:08.43 1500m runner from Spain who is combining athletics with medical studies.

Fabiane Meyer – still only 19, the German was fifth in last year’s European under-20 women’s 1500m final.

With his blond hair and choir boy looks, Dreißigacker looks almost as young as his athletes. But appearances can be deceptive as he began his coaching journey aged 19 and worked for the German institute for sports science and also the national athletics federation as head coach for endurance for a number of years before joining On Running.

“This wasn’t a big decision (to become coach for OAC Europe),” Dreißigacker. “I wasn’t completely happy working for the federation. It can be difficult. So I started to prefer to work directly with athletes.

“This is such a big opportunity,” the 34-year-old adds. “In the US it’s normal to have professional teams linked to shoe companies but in Europe it is not really. There are not many options in Europe after finishing school or college so we are now giving younger athletes the chance to join our team and to learn what is necessary to be a professional athlete.”

With a 1500m PB of 3:36.31, Mills is the star runner in the OAC Europe squad right now and he hopes to make teams for this summer’s major championships – which will be no mean feat given the standard of British middle-distance running right now.

At the team launch his mum and dad made a flying visit to Zurich to support their son. Mills’ dad, Danny, played football as a right-back for England and still looks like he could give Mills Jnr a run for his money, over a short distance at any rate.

“With the quality of British middle-distance running it’s an amazing time to be in the sport,” says Mills, who turns 23 this month. “If an opportunity arises this year – whether it’s Worlds, Europeans or Commonwealths – I’d jump at the chance and I want to try to put myself in the best position to try to do this.”

On racing the Emsley Carr Mile, which is held during the Night of the 10,000m PBs on Saturday at Parliament Hill, he says: “It’ll be good fun, cool and exciting. With the mile there’s a bit less pressure and at that event there will be a lot of energy.”

“I’m opening up at the Emsley Carr Mile on May 14 before @Birmingham_DL on May 21.

As for his current form, Mills says it’s hard to tell exactly as he was training with Jon Bigg before and is not surprisingly doing slightly different workouts now. “But I think we’re in a good place,” he says, “and it’ll be exciting to get out there and race.”

Success breeds success and so it will be interesting to see if OAC Europe can match the exploits of their US-based counterparts. Beyond this there are plans to form an Oceania-based team together with squads in other continents.

Tour de France-style squads that are linked to a sponsor or shoe company could, Bernhard believes, be the future of athletics.