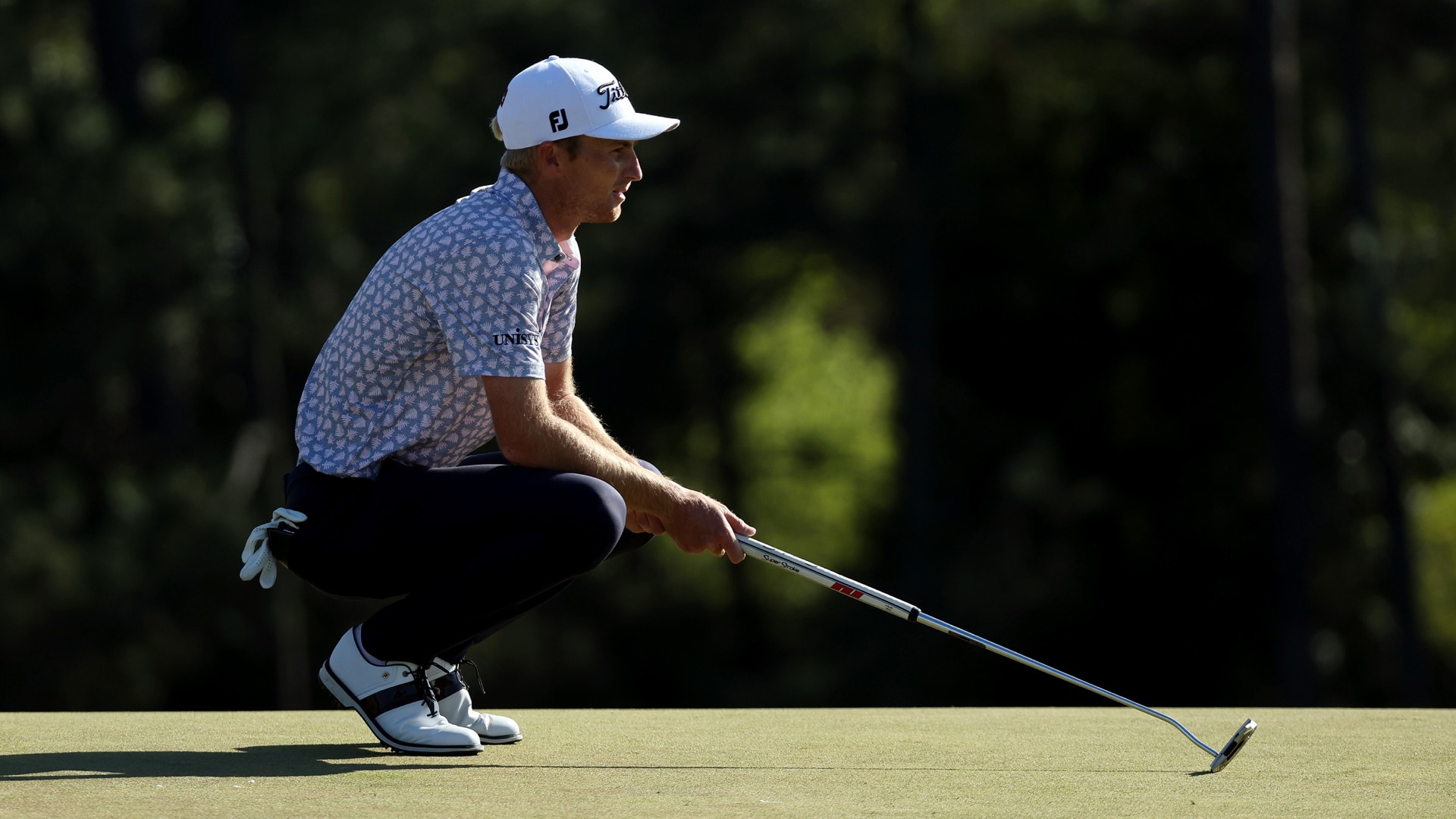 Scottie Scheffler might be the betting favorite at this week’s AT&T Byron Nelson, but Will Zalatoris might be the hottest player on the PGA Tour this season without a single Tour win — ever.

Zalatoris, who is making his 47th career Tour start at TPC Craig Ranch, has been on a roll this season. So far, he’s made 13 starts, earned five top-10 finishes, and had a near-miss playoff loss at the Farmers Insurance Open in January, begging the question: what gives?

It’s not a new issue. The 25-year-old has struggled with his putter since he was a junior, switching grips multiple times during his years at Wake Forest and while trying to snag his Tour card, until finding a respite with the usually-dreaded armlock method.

The troubles resurfaced in glaring fashion at Farmers earlier this year, where his longest made-putt in the final round was from 5 feet, 7 inches, but according to Zalatoris, he’s trending in the right direction in all areas.

“I really have been putting nicely over the last, really going back to Match Play,” Zalatoris said on Wednesday. “I feel like every part of my game is really doing well, and I just have to let the win get in the way.”

While waiting his turn, Zalatoris has found motivation in watching his friend Scheffler finally push past that invisible barrier to find massive success.

“He had [to] kind of wait his turn for a few years, and then once the gates opened, now it seems like every event he tees up he's winning,” Zalatoris reflected. “It tastes like vinegar coming out of my mouth, considering the amount of golf we play together, because I love him to death. It’s really cool to see. Obviously, playing the games at home together and him playing well, even the other day, I thought I played pretty good at a little event we played here at home. Shoot 66 and he comes in with 63, and it's like, good grief man, like, have an off day.”

Zalatoris knows he can do what Scheffler and his other former Walker Cup teammates are doing — in Scheffler’s case, that is being “Tigeresque” — but the key is to keep plugging along, and he’ll eventually get there.

“I know my best golf's only ahead of me this year,” Zalatoris said.

Beyond his short game, the key to another top-10 finish at TPC Craig Ranch will be the long-time Dallas resident’s drive.

He got some practice in during the nine-hole pro-am Wednesday morning, where he “smoked” a 3-wood from 265 yards on No. 9.

“I love the fact that obviously it's a pretty big golf course,” Zalatoris said. “It’s pretty long… The farther you hit it, the easier this place gets. But playing in a lot of wind is something that I'm used to, obviously, living here since I was 9 years old.”

This week could mark a turning point for Zalatoris, and it would be a serendipitous moment achieved in front of his hometown crowd if he succeeds at the one thing he hopes to accomplish in Texas.