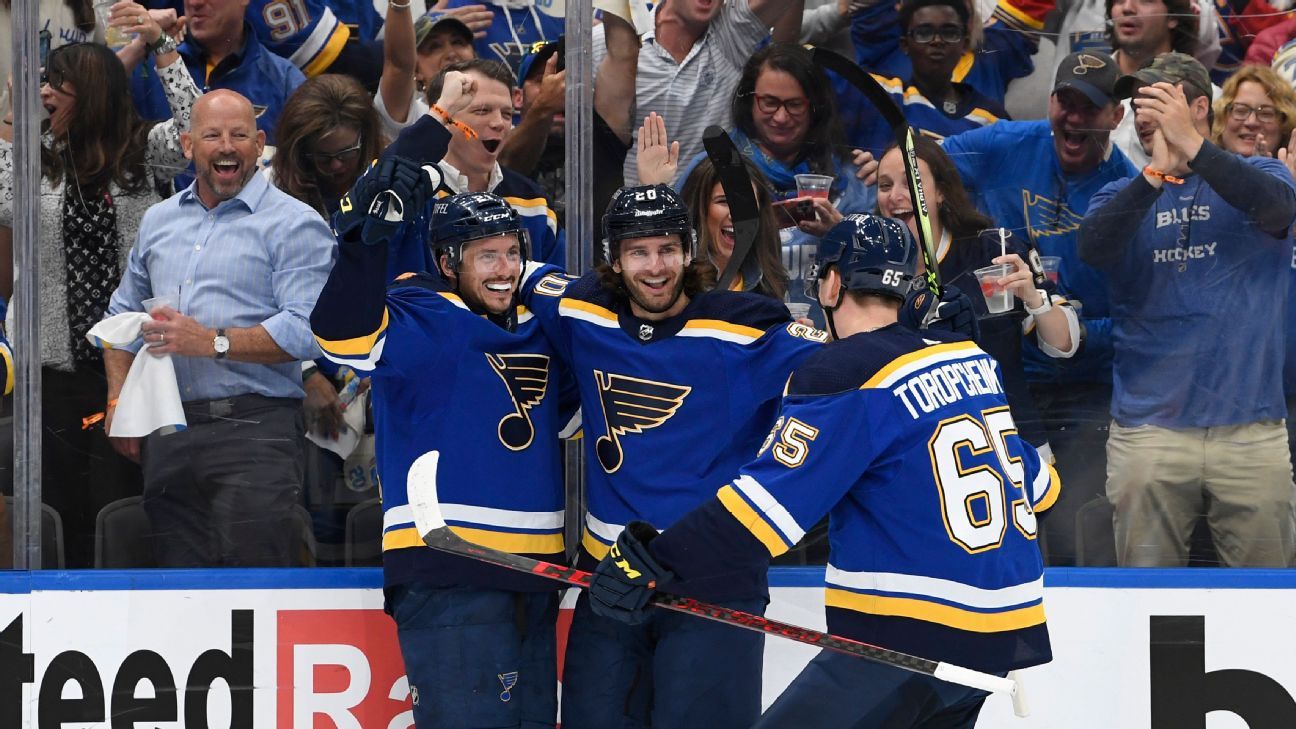 Minnesota fell 5-1 in Game 6 of its first-round Stanley Cup playoff series against host St. Louis on Thursday, dropping the best-of-seven 4-2. The Blues advance for the first time since 2019, when they won the franchise's first-ever Stanley Cup. They will face the Western Conference's No. 1 seed Colorado Avalanche in the second round.

The Wild have not advanced in the playoffs since 2014-15, losing in the first round each of the past five times they qualified.

Minnesota had been in control of this series at first, holding a 2-1 lead over St. Louis after Game 3. The Wild went on to lose the next three games by a combined score of 15-5.

To try staving off elimination, Wild coach Dean Evanson turned from Marc-Andre Fleury to Cam Talbot in net for Game 6. Fleury, who was acquired by Minnesota at the trade deadline, played well early on, but the reigning Vezina Trophy winner was particularly leaky in Game 4 and Game 5 (.875 SV%, 4.10 GAA).

Talbot hadn't recorded a regular-season loss since March 1 but was still seated behind Fleury to start the playoffs. Thursday marked Talbot's first game action since April 28.

St. Louis took advantage and challenged Talbot out of the gate. Nick Leddy put the Blues up 1-0 in the first and St. Louis piled on in in the second with Ryan O'Reilly, Tyler Bozak and Vladimir Tarasenko scoring in a span of just over nine minutes.

Matt Dumba recorded the only Minnesota goal early in the third period but the Wild never gained any more traction. Colton Parayko eventually sealed the deal for St. Louis with an empty-net goal.

If Minnesota waited too long to orchestrate its goalie change, St. Louis certainly did not. When the Wild took its 2-1 lead, Blues' coach Craig Berube made the switch from Ville Husso to Jordan Binnington in the crease. Binnington had not won a postseason start (0-9) since St. Louis clinched the Cup in 2019 but his 28-save performance helped secure the Blues' Game 4 win and gave the team new life.

Binnington turned aside 25 shots in Game 6 and allowed only five goals in three games to push the Blues on to the next round.

As Binnington continuously slammed the door, Minnesota's offense just kept drying up. Outside of Kirill Kaprizov -- who registered a team-leading 7 goals and 8 points in the series -- and Joel Eriksson Ek (three goals, five points), few of the Wild's other forwards had much impact. St. Louis generated far more balanced scoring, with multiple players scoring three of more goals in the series.