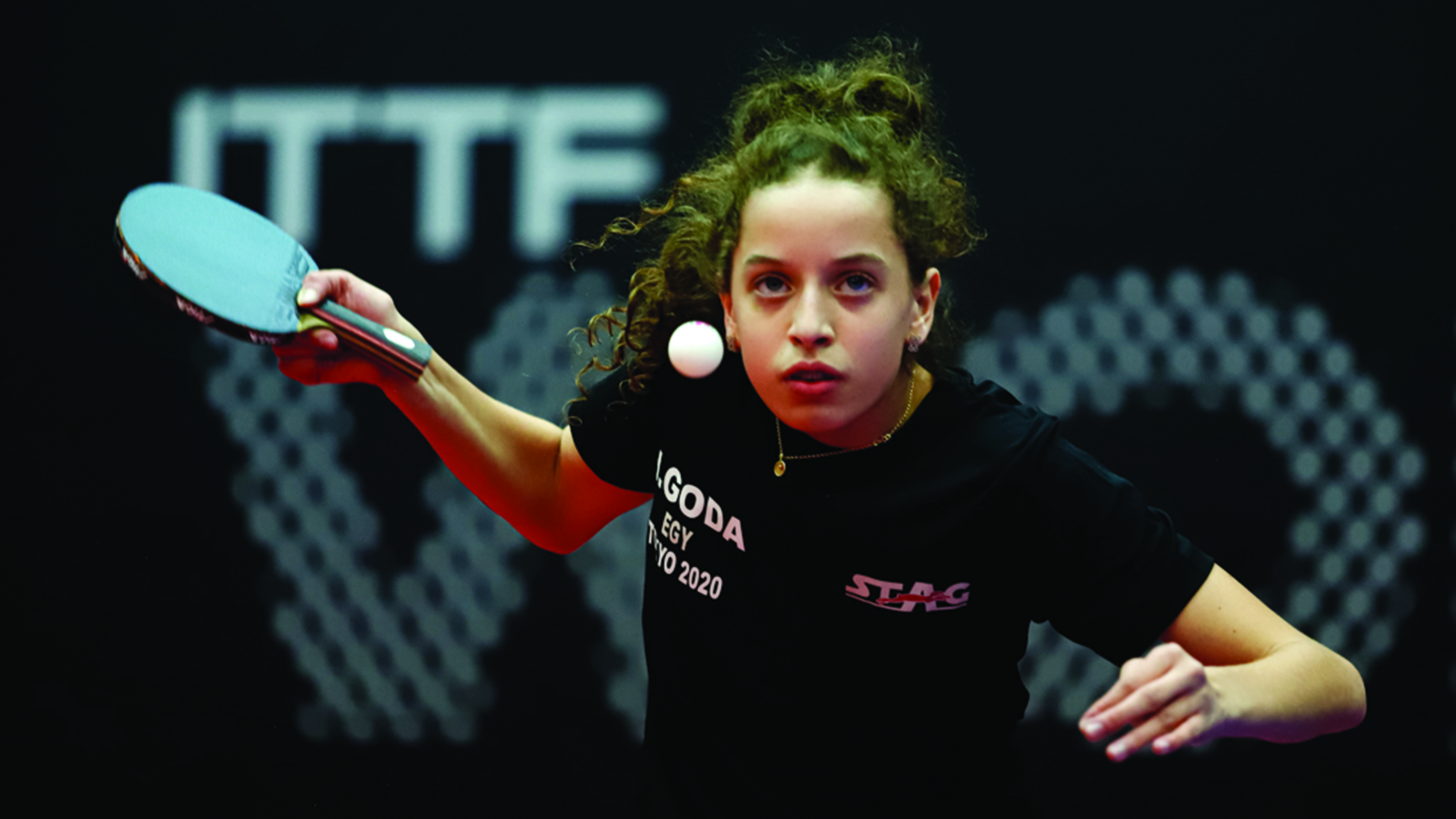 Egypt’s 14-year-old Hana Goda has been appointed by the United Nations an ambassador for Shabab Balad, the Egyptian version of the global initiative, Generation Unlimited; the announcement was made on Wednesday 11th May.

It is the world’s first Public-Private-Youth Partnership (PPYP) aiming to educate and connect the world’s 1.8 billion young people aged 10-24 years, enabling them to make the most of opportunities for employment and entrepreneurship.

Shabab Balad was successfully launched during the World Youth Forum held in Sharm El-Sheikh last January under the auspices of His Excellency President Abdel Fattah Sisi.

Presently listed in top spot on both the under 15 girls’ and under 19 girls’ ITTF World Table Tennis Rankings, Hana Goda becomes the youngest Shabab Balad ambassador; her task in Egypt to promote the project’s aims.

The nomination ceremony was attended by the UN Resident Co-ordinator in Egypt Elena Panova, the UNICEF Representative in Egypt Jeremy Hopkins, the Partnerships and Generation Unlimited Lead at United Nations Dr. Ghada Makday and the representatives of several UN organizations in Egypt.

“We are pleased to have a distinguished voice from the young generation in sports to support the message of Shabab Balad, such as the world class table tennis player Hana Goda, and we are confident that her joining the initiative will have a positive impact that enhances the interaction of young people in Egypt with the project.” Elena Panova

“Raising awareness of the initiative requires the solidarity of various parties in society, especially the voices inspiring the young people. We are pleased to have the world class table tennis player Hana Goda join Shabab Balad initiative and looking to have more influencers and opinion leaders joining to help get the message delivered. ” Jeremy Hopkins

“I am so honoured to be an ambassador of Shabab Balad, an initiative that I really feel being part of it. I am happy to help connect the young people in Egypt to such a great effort and I will do my best to get them involved. It’s really inspiring to have such platform that unify efforts for the benefit of the young people. I strongly believe in the potentials of the young generation in Egypt and in the golden opportunity offered to them through Shabab Balad,” Hana Goda

Last year in September, at a ceremony, hosted by the Swedish Embassy in Cairo and organised in conjunction with their Canadian counterparts, Goda, the only representative from sport, was listed among the 10 most inspirational Egyptian women change-makers.