Steeplechase in the spotlight at BMC Grand Prix opener 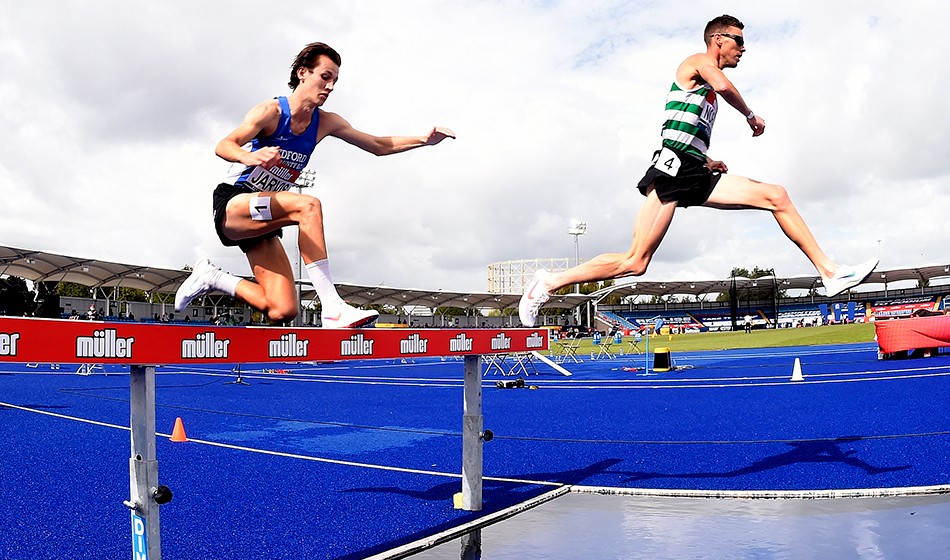 Phil Norman, Zak Seddon and Aimee Pratt are in strong steeplechase line-ups in Birmingham with Issy Boffey and Ollie Dustin in the 800m as the BMC GP celebrates its 25th anniversary

Birmingham University will host its first Saucony British Milers’ Club Grand Prix on Saturday (May 14). The inaugural event marks the 25th anniversary of the inaugural Grand Prix at Wythenshawe, Manchester, on May 14 in 1997 – when Jo Pavey set a PB of 4:18.7 to win the women’s 1500m and other winners included Andy Hart, Rob Whalley and Phylis Smith.

How the BMC Grand Prix has grown since those early days.

The 2022 version now sees a record package of prize money of between £16,000 and £22,000 for each of the five meetings, including the final at Loughborough, with increased money on offer for the popular points series launched last year and the best of British initiative to encourage domestic runners.

Against that background it is fitting that event organiser Luke Gunn has assembled a top-class field for the steeplechase.

As a former international ‘chaser himself, Gunn knows all about this event so has worked hard to attract the best in Britain plus an intriguing overseas runner which offers the possibility of the British Milers’ Club record fro the men’s 3000m steeplechase being broken.

“I know I’m slightly biased as an ex-chaser but I really think that the runners we have entered for the steeplechase races make it the most exciting race of the night,” said Gunn.

If Norman or Seddon get close to that then they’ll threaten the BMC record of 8:25.37 set 22 years ago by Christian Stephenson, not to mention the UKA World Championships qualifying standard of 8:22.00 and the European qualifying mark of 8:30.00.

It is not just a strong domestic field that is of interest because an intriguing addition to the line-up is Axel Vang Christensen of Denmark.

“His PB is only around 8:43 but has already run 13:40 for 5km on the road this season and is coming here to get the qualifying time for the European Championships,” added Gunn.

“The lads have really answered the call to race here and the men’s chase is going to be red hot!”

Likewise, the women’s field is pretty decent with Aimee Pratt bidding to reclaim the British record over 2000m steeplechase that she lost to Elizabeth Bird (6:11.79) when the pair raced each other in France in August 2020, with Pratt also recording a lifetime best of 6:18.48.

If Pratt succeeds then the BMC record of 6:27.38 set by Sara Treacy in 2016 will be comprehensively re-written. Also in the field will be Lauren Cooper and Gemma Kersey.

Elsewhere in the men’s 800m Birmingham University student Oliver Dustin will be able to stroll from his accommodation to the track he trains on as he seeks his third GP A race victory after previous successes at Sportcity.

The 21-year-old had a terrific year in 2021 making his Olympics debut in Tokyo, finishing runner-up in the British Championships and improving his personal best to 1:43.82.

Dustin has targeted a 1:44 for Saturday as have both 20-year-old Ben Pattison and 23-year-old Thomas Randolph.

Dustin’s fellow Birmingham University student Isabelle Boffey is also sure to have plenty of support trackside. The former European U23, U20 and U18 champion opened her season with victory in the 800m at the British Universities Championships in Chelmsford.

He has declared a target of 3:38 to open his season outdoors and can expect stiff opposition from the likes of Ben Greenwood, Jeremey Dempsey and junior Justin Davies, who after making his GB at the World Universities Cross Country Championships will have his sights set on the World Under-20 Championships qualifying standard of 3:43.00.

Sabrina Sinha, who is also a student at Birmingham, heads the entry for the women’s 1500m and will be looking to build upon her promising start at the BUCS when she finished third only 0.12 outside her 2021 best of 4:14.20, which put her 20th in the UK rankings.

With decent fields for the 5000m, men and women, the meeting is shaping up to be a great evening of track running.

“I have never been shy with my ambition to host a Grand Prix on our new track and I feel Saturday’s event is massive,” said Gunn.

“To open up with the Grand Prix season at Birmingham University is awesome and we are very proud.”

The meeting starts at 5pm and spectators can pay for entry on the day or at a discounted price in advance. Tickets details, seedings and timetables can be found on the BMC website.

As in the past the meeting is also being covered live by Vinco, so if you can’t make it in person log on to follow the usual programme on non-stop, top class action.