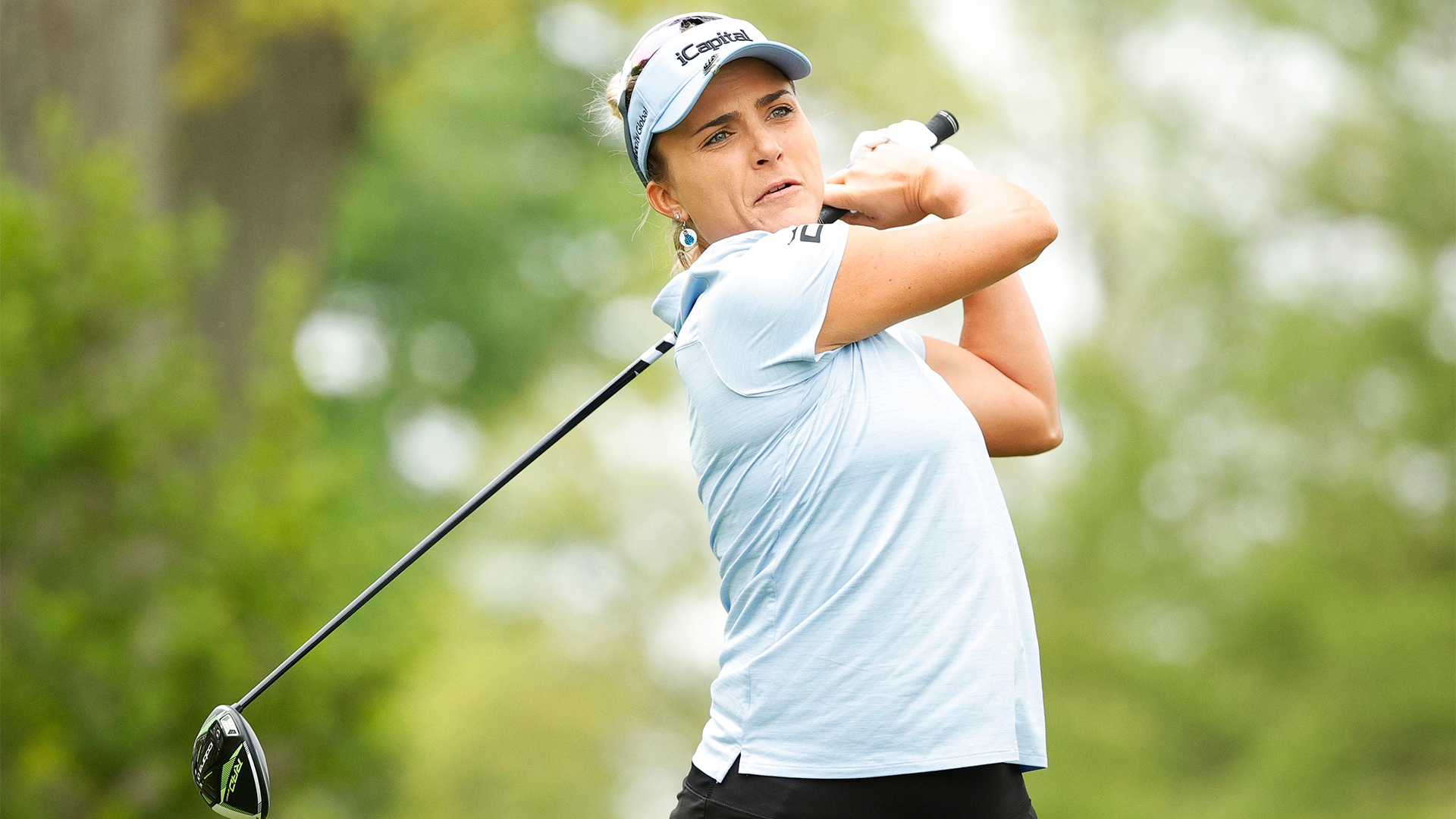 The world No. 9 climbed up the Cognizant Founders Cup leaderboard with a 66 Friday morning at Upper Montclair Country Club and finds herself in the hunt to claim her first victory since 2019.

Thompson has suffered many heartbreaks on the course over the past few years. And this year, she's registered three top-10s in five starts — only playing a handful of times so far in 2021 to "conserve energy" — but is still searching for that coveted win.

"I put in the work back at home, put in the hours and the practice, so just coming out here and believing in myself and letting show," said Thompson, who sits T-2, three shots off Minjee Lee's lead. "It's taken a lot of pressure off just going out there and relaxing. So going into the weekend, play how I have the last two days and see what that brings."

But after this weekend, however she may fare, her focus will transition to the U.S. Women's Open — trying to avenge her meltdown from last year at The Olympic Club — and then the rest of major championship season.  But trying to get back in the winner's circle, she still won't stray from her usual game plan.

"Going into majors I have the same mindset: I want to win," she said. "I think we all do. We all go into every event wanting to win. Probably a little bit more prep work going into the week, into majors, but no different."

And Thompson's next preparation will be for a place that she's familiar with — Pine Needles, where the 27-year-old made her first USWO start at age 12. But, first, she'd like to knock the weight off her shoulders in New Jersey.

"I'm really looking forward to going to Pine Needles," she said. "It's a great golf course, lots of amazing memories, and I'll have my parents there.

"Yeah, I'll definitely hopefully build off this. I'll have two more weeks off after this event as well. I'll go back home, make sure I practice hard, and get everything in tune for the U.S. Women's Open."