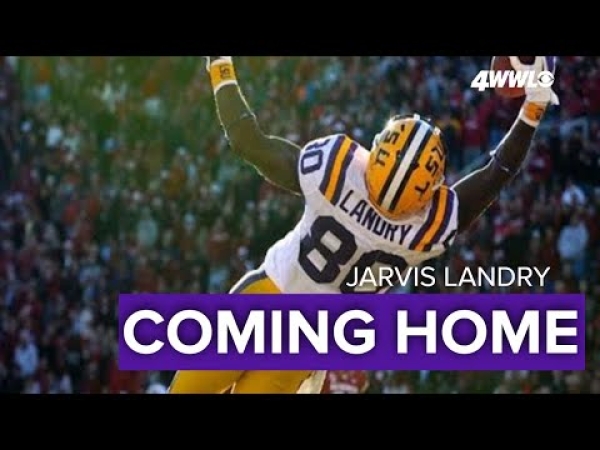 Saints sign LSU star, pro-bowl receiver Jarvis Landry
The Saints added another weapon Friday, bringing wide receiver Jarvis Landry back home to Louisiana. The five-time pro-bowler is reportedly signing a 1-year deal with the Saints. Landry led the NFL in receptions as a Miami Dolphin in 2017 before going to the Cleveland Browns. Last season, he put up career lows with 570 yards and two touchdowns on a Cleveland Browns team that struggled offensively. Landry played high school football at Lutcher before going to LSU and then being drafted by the Miami Dolphins. He then spent time in Cleveland playing along side his former LSU teammate Odell Beckham Jr. before coming to New Orleans. MORE: https://www.wwltv.com/article/sports/nfl/saints/saints-sign-wr-jarvis-landry/289-75c4c042-ebeb-4bd3-bc4c-28dae12de104
Read 10 times
More in this category: « Peter King's biggest takeaways from the NFL schedule release | Peter King Podcast | NBC Sports Texas to play Alabama in September | KVUE »
back to top