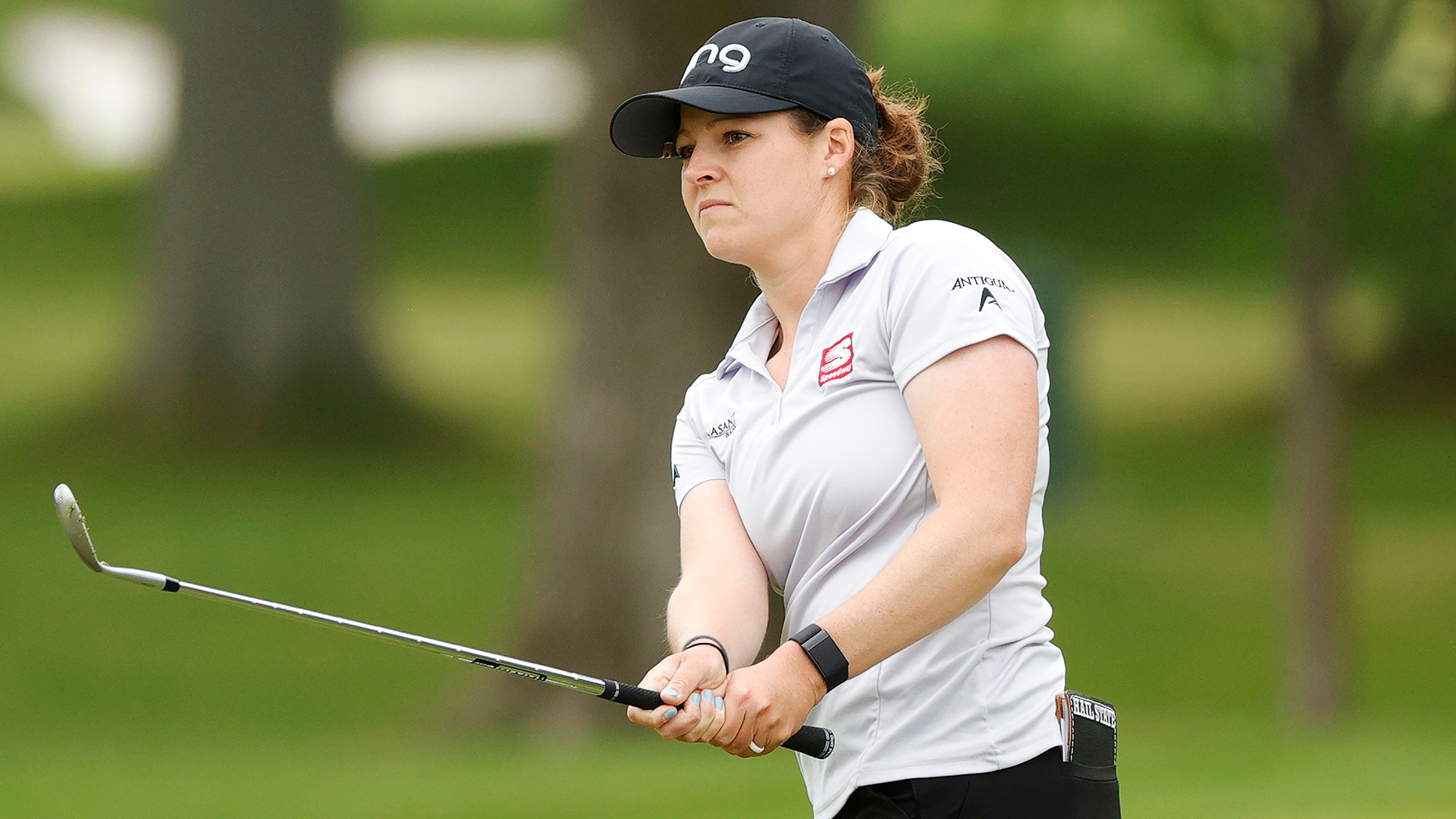 CLIFTON N.J. — Ally Ewing might've squandered her chance of winning the Cognizant Founders Cup with a third-round 74 Saturday that left her eight shots back of leader Minjee Lee.

But the month of May still figures to bring several more title opportunities for the Ewing family – yes, family.

While Ally defends her title at next week's Bank of Hope LPGA Match Play in Las Vegas ahead of the following week's U.S. Women's Open, Charlie and the Bulldogs will be one of 24 teams vying for a national championship at Grayhawk Golf Club in Scottsdale, Arizona.

"The girls have put together some good golf this year, so I knew they had the capability 100% to make it to nationals," Ally said. "They played some solid golf and we'll get to tee it up for the national championship at Grayhawk. And I'll get to go support, which I'm really excited about."

Ally and Charlie met at Mississippi State's practice facility in August 2017, about a month into Charlie's previous position as assistant coach for the Bulldogs – Charlie was promoted in December 2020 – and they started dating "pretty quickly," Charlie said.

Though both have loaded schedules, they make it work, with Charlie attending tournaments in between the college season and recruiting trips and Ally spending time back in Starkville with Charlie and his squad.

Part of the team's success can be attributed to Ally's involvement.

"[Ally] likes to embrace a little bit of team mom role and host the team a little bit and do that," Charlie told GolfChannel.com via phone on Saturday, "but also be a resource when it comes to the golf side of things and give the players a little bit different perspective than what we provide as coaches because she's obviously playing at that LPGA tour level. And that's somewhere where a lot of our golfers want to get to."

Like Ally's pro career, where she's won twice but didn't get her first win until 2020 (five years after turning pro), the road to success for these current Bulldogs hasn't been instant.

Mississippi State was playing well in Charlie's first semester as head coach, ranked around the top 25, before the season was canceled due to the COVID-19 pandemic. The following season, the Bulldogs advanced to the NCAA Regionals after making the SEC Championship final, but they were eliminated without hitting a shot as the Baton Rouge Regional was controversially called because of inclement weather and poor playing conditions.

Though those past hardships could be seen as motivation, Charlie says the team is just thankful it finally has a chance to compete for a national title.

"The biggest response that we wanted to have was gratitude," Charlie said. "That no matter how hard you work, how well you play, there's a lot of external factors that can just kind of sweep the rug out from under you, and that takes the opportunity away from you that you've worked hard for and that you've earned.

And Ally, as Charlie and the Bulldogs did for her on Saturday in New Jersey, will be cheering them on.

More in this category: « APGA spotlight: Michael Herrera goes from par-28 muni to tour winner Bubba Watson shot 63 at PGA Championship with a torn meniscus »
back to top