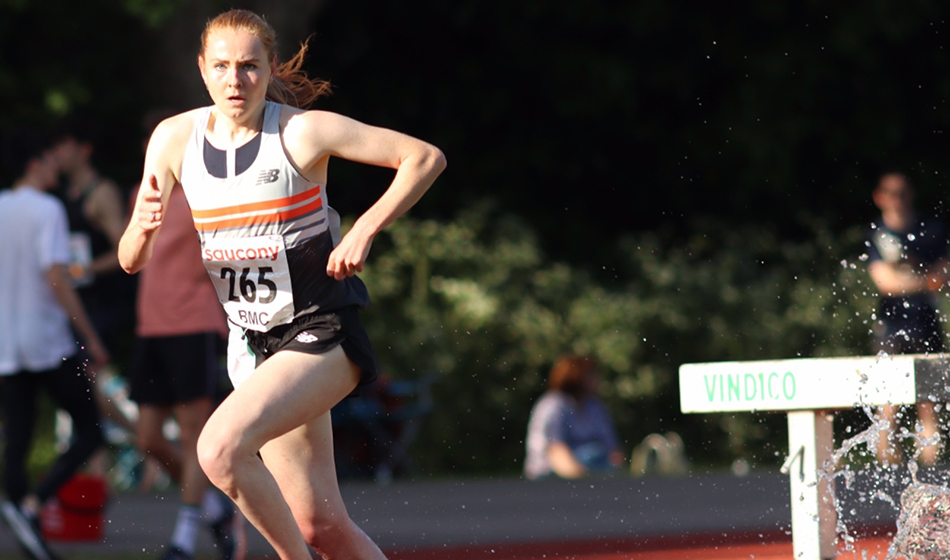 We were promised an evening to remember to celebrate the 25th anniversary of the inaugural Saucony BMC Grand Prix and meeting organiser Luke Gunn didn’t disappoint.

Two British best times in the women’s 2000m steeplechase caught the eye as Aimee Pratt smashed her personal best with a time of 6:08.16, which is the 10th best on the world all-time lists, to eclipse Elizabeth Bird’s 6:11.79, while runner-up Maisie Grice broke the under-20 age group mark with 6:21.17 to go third on the UK all-time senior rankings.

Furthermore, there were two European Championships qualifiers from Ben Pattison (PB of 1:45.43 to win the 800m) and Phil Norman (8:29.20 in the 3000m steeplechase) plus three Commonwealth Games standards with two for England courtesy of Norman and fellow 3000m steeplechaser Zak Seddon (8:31.24 despite stumbling mid-way through the race) plus 5000m runner Annabelle Simpson for Scotland (15:41.99).

Four athletes achieved qualifying times for this summer’s World Under-20 Championships in Colombia led by a superb PB of 2:02.01 by 18-year-old Abigail Ives as she chased home Isabelle Boffey (2:01.47 after a 57sec first lap) and Iris Downes in third (2:04.44), which was also a PB.

The other two qualifiers came in the competitive men’s 3000m steeplechase with Tom Bridger clocking a lifetime best of 8:51.93 and Axel Vang Cristensen, the European under-20 cross-country champion from Denmark running 8:38.34, which was just 0.27 outside Seddon’s BMC under-20 record.

Within the BMC, Norman’s time lifts him to seventh all-time, just behind Gunn, while Pattison’s time is the fourth fastest BMC time ever and Ives third fastest in the under-20 age group.

To underline the quality of the meeting, which was the first Grand Prix ever staged at the Birmingham University facility and received numerous plaudits from the runners as being a fast track, there were 142 PBs from 246 finishers, which is an impressive 58% success rate – arguably one of the best ever in the 25-year- history of the GP format.

No wonder that Gunn was delighted with how the evening went. What’s more, the sun came out and the wind dropped too! “We were blessed with good weather and had two British bests and plenty of other qualifying times as well,” said Gunn.

“I am also delighted to see the quality of the winning times particularly in the 800m and good to see a sub- 8:30 in the steeplechase, which is as it should be.

“After seeing tonight there is a lot to be excited about for the rest of the season. I am really pleased with how it went – and very tired!”

Pattison was particularly impressive in the 800m as he powered away from his rivals to win by two seconds. Oliver Dustin, the Olympic 800m runner, did not enjoy such a good day, however, as he wound up last in 1:51.15.

Most exciting race of the day, meanwhile, was the men’s steeplechase with Seddon falling briefly mid-race after his foot skidded on landing from the water jump. Despite this he built up what appeared to be a winning lead, only for Norman to run him down in the final 200m.