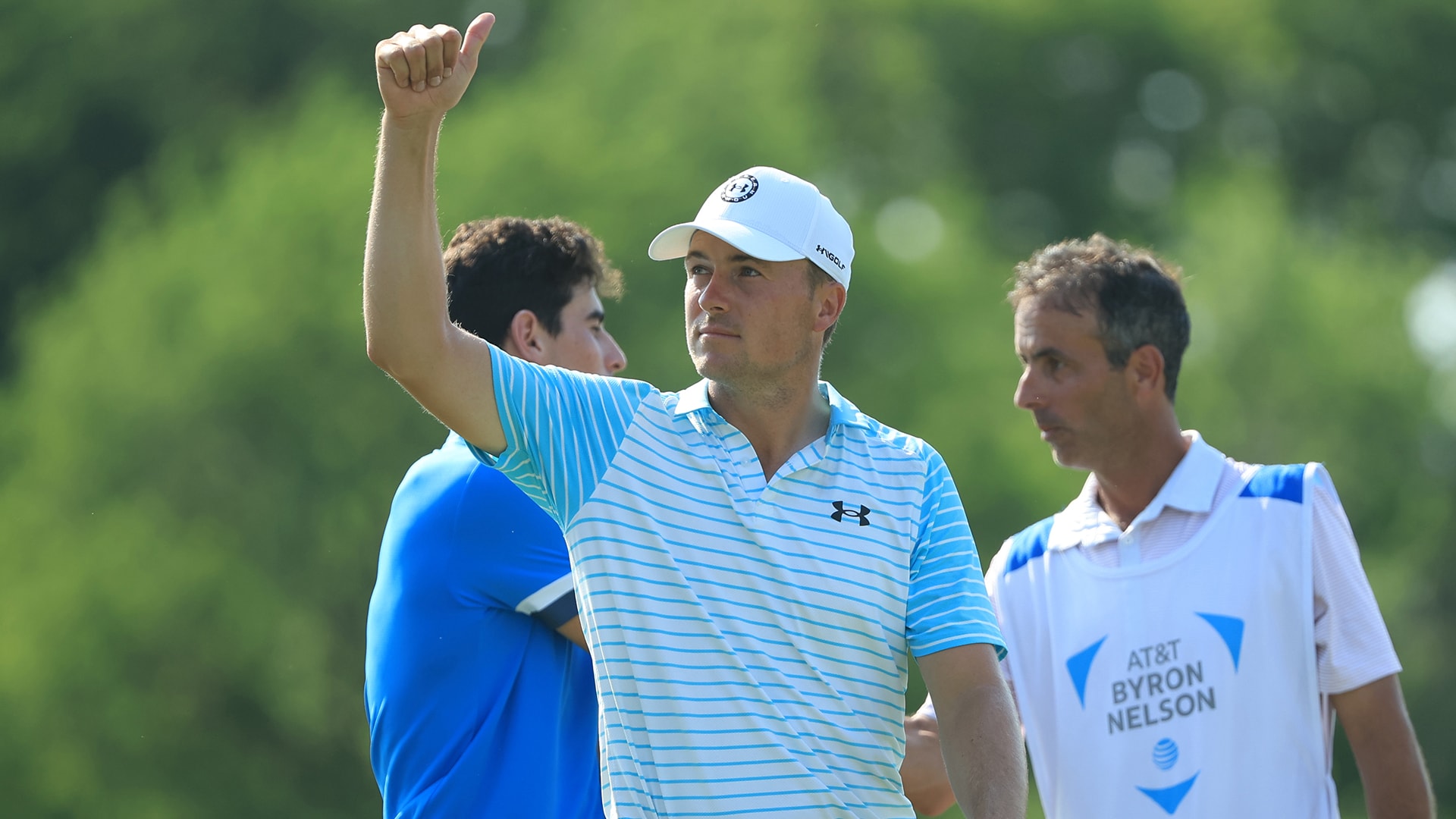 Jordan Spieth will have to wait another year to win the AT&T Byron Nelson. He may only have to wait seven days to complete the career Grand Slam.

Spieth closed in 5-under 67 to finish at 25 under and runner-up by a shot to winner K.H. Lee on Sunday at TPC Craig Ranch. Now, he heads north to Southern Hills Country Club in Tulsa, Oklahoma, where he will take another crack at capturing the only major title he’s yet to win, the PGA Championship.

“It was a good week, good momentum into next week [with] last two starts being a win and a second,” said Spieth, who was coming off a victory at the RBC Heritage in his previous start. “But this one will sting just a little bit just looking back on the day.”

What sticks out is a three-putt bogey from 6 feet at the par-4 10th hole, where Spieth missed a 3-footer for par. He had birdied four of his final five holes of his front nine to take the solo lead at 23 under, but the momentum-killing bogey knocked him back into a share of the lead. Lee then eagled the par-5 12th hole to pull ahead for good.

“I look back on 10, had a pretty good look at birdie and just got a little too aggressive and hit it through the first break,” Spieth said. “And then I kind of got in my own head in the wind there on the second one and missed. … To go from thinking I was going to make birdie to making bogey, I mean that's obviously a big swing.

“But I played the holes from there exactly how they were supposed to be played. Grabbed three more birdies, and it just wasn't quite good enough.”

Spieth needed to chip in from 30 feet for eagle at the last to force a playoff, but he missed about a half-foot left as Lee, thanks to a closing 63, successfully defended his Nelson title. Spieth now has back-to-back top-10s in his hometown event after going top-10-less in each of his first nine starts here.

Though he fell short and closed with a poor putting performance (68th in strokes gained on Sunday to end up 36th for the tournament), Spieth will leave the Dallas area encouraged.

“I'm striking it better, consistently,” Spieth said. “I feel like I've got every shot.”

For Spieth, two shots down the stretch proved it. He had an “awful” number into the 134-yard, par-3 17th hole and had to hit “like a chippy draw [that] was just not in my repertoire for a long time.”

“And I haven't wanted to hit it under pressure either, even last year,” Spieth added. “So, today I wanted to kind of hood a pitching wedge and I said, ‘You know, I'm going to trust this. I'm going to learn from this shot and I'm going to take 7, 8 yards and draw a 9-iron without it crossing over left of the pin. That's just a shot that I just haven't had, and I just hit maybe my best shot of the day into there.”

Spieth stuck that tee shot to 7 feet, though his birdie putt rode a stiff wind and dove left across the hole.

Spieth had another chance as he stood in the middle of 18th fairway, 245 yards from the flag. He then hit another challenging shot – a 30-yard high-slicing 3-wood – because hybrid wouldn’t get there and a normal 3-wood would’ve flown the green. Spieth’s ball barely cleared the front greenside bunker, but it couldn’t quite get on the putting surface.

“Being able to kind of sit here and play these back-to-back crazy shots and feel comfortable doing so means it's really close,” Spieth said.

He’s got the shots.

He's got the recent results.

And he’ll get back on bentgrass greens next week at Southern Hills.

Things appear to be trending toward a serious run at the Slam.