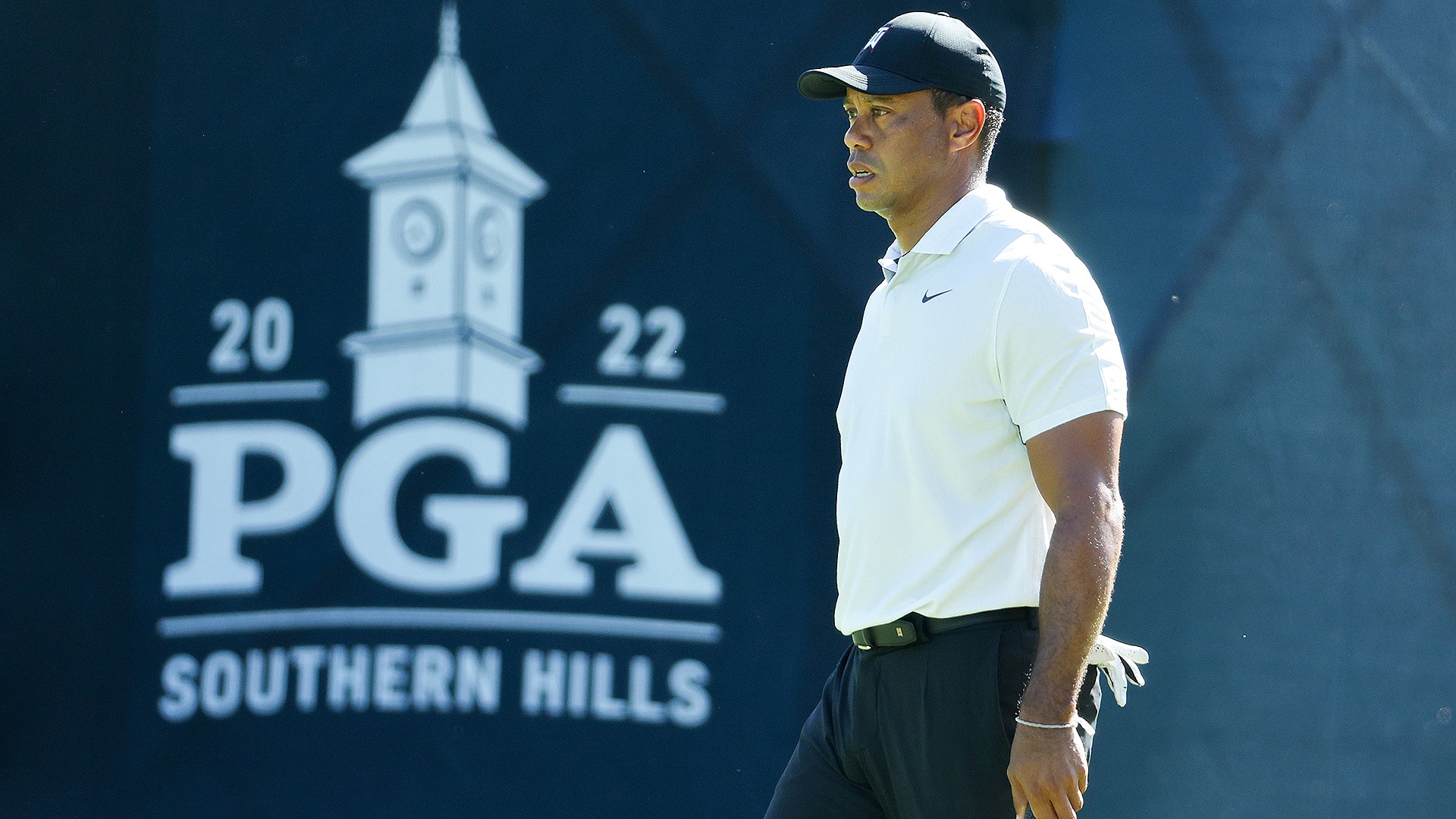 TULSA, Okla. – For the second consecutive day, Tiger Woods tested his surgically repaired right leg with a nine-hole practice round at Southern Hills as he continued his preparations for this week’s PGA Championship.

After playing the front nine on Sunday, Woods played the back nine Monday. A day earlier he told reporters, “I’ve gotten a lot stronger since the Masters.”

Woods finished 47th at the Masters in his first official PGA Tour start since being involved in a single-vehicle crash in early 2021 that required multiple surgeries on his right leg. Following his finish at Augusta National, Woods suggested he might play the PGA Championship, but seemed more focused on The Open in July at St. Andrews.

Following a scouting trip to Southern Hills in late April, momentum appeared to be building that he would play the year’s second major, and when his name was placed on the interview list for Tuesday it seemed the decision had been made.