Müller Birmingham Diamond League: who, what and when guide 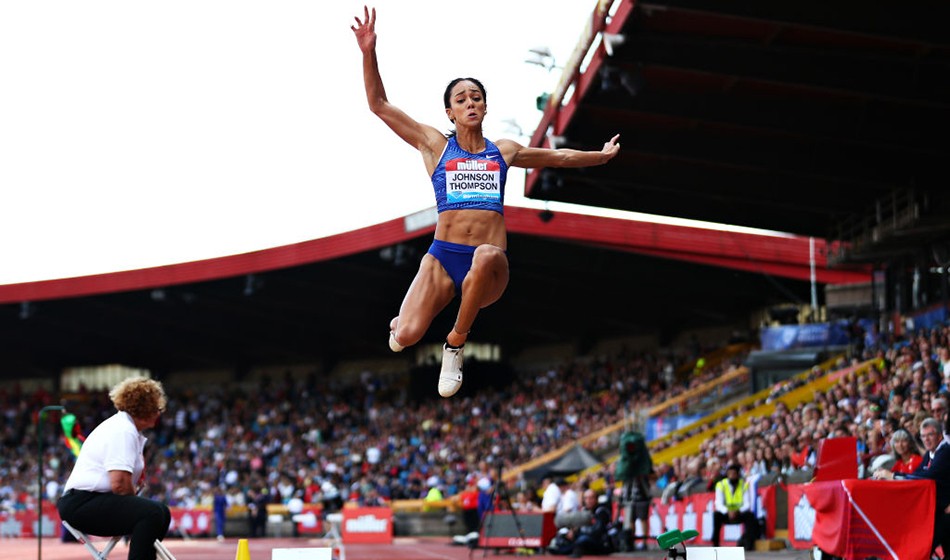 Keely Hodgkinson, Laura Muir, Holly Bradshaw, KJT, Dina Asher-Smith and Josh Kerr are among the Brits in action on Saturday

If British athletes wanted a tough early-season test ahead of the busiest summer of their lives, their wish has come true. The Müller Birmingham Diamond League on Saturday (May 21) features world-class line-ups in the redeveloped Alexander Stadium and quality abounds in every event.

After a rusty-looking Diamond League opener in Doha last Friday where she finished third in the 200m, Dina Asher-Smith tackles the 100m in Birmingham and faces multiple Olympic champion Elaine Thompson-Herah of Jamaica.

This time last year Asher-Smith stunned some of the world’s finest sprinters with a 100m win in wet and windy conditions in the Diamond League in Gateshead and she will be hoping for a similarly inspired run this weekend.

The field also includes, among others, Britain’s Daryll Neita, Olympic bronze medallist Shericka Jackson of Jamaica and Gabby Thomas, the American who won the 200m in Doha a few days ago. In addition, NCAA champion Cambrea Sturgis of the United States and European indoor champion Ajla Del Ponte of Switzerland are in the line-up. Strong favourite, however, will be Thompson-Herah, the Rio and Tokyo Olympic 100m and 200m champion.

As for the men’s 100m, the line-up is led by Trayvon Bromell of the United States and Olympic 200m champion Andre De Grasse of Canada, in addition to former world champion Yohan Blake of Jamaica, whereas the British challenge will come from Reece Prescod, Nethaneel Mitchell-Blake, Adam Gemili and Zharnel Hughes.

Some of the biggest domestic hopes are in the middle-distance races. Keely Hodgkinson and Alex Bell are in the women’s 800m. Laura Muir, Jemma Reekie and Katie Snowden tackle the women’s 1500m, while the men’s 1500m features Josh Kerr in his first race on UK soil since winning Olympic bronze, plus Piers Copeland, George Mills and last weekend’s Emsley Carr Mile winner Matt Stonier.

Elsewhere in the endurance races, Francine Niyonsaba of Burundi is the athlete to beat after opening her Diamond League season in Doha with a victory over Olympic 1500m champion Faith Kipyegon over 3000m. Brits in the 5000m on Saturday include Jess Judd, just days after her 10,000m win at the British Champs event in Highgate, plus Calli Thackery.

Such is the quality of events in Birmingham, even the B races include talents like Issy Boffey, Ellie Baker, Jenny Selman, Max Burgin, Ben Pattison, Kyle Langford and Jamie Webb.

The jumps are no less exciting with Katarina Johnson-Thompson taking on a women’s long jump field that is led by Olympic and world champion Malaika Mihambo of Germany and also includes world indoor champion Ivana Vuleta of Serbia and Britain’s Lorraine Ugen.

Holly Bradshaw faces a big test too in a stacked women’s pole vault with Olympic champion Katie Nageotte and world indoor champion Sandi Morris – both of the United States.

Another Olympic champion, Gianmarco Tamberi, is the star name in the men’s high jump, although the Italian is up against Sanghyeok Woo, the South Korean who won the world indoor title in Belgrade in March and the opening Diamond League event in Doha last Friday.

In the throws, Valarie Allman of the United States and Sandra Perkovic of Croatia, plus Britain’s Jade Lally, are part of a formidable women’s discus line up. Allman won the Olympic title in Tokyo last year and then last month threw 71.46m – the longest mark for 30 years.

The men’s discus is no less impressive with Daniel Ståhl, the world and Olympic champion from Sweden, in a field that includes British record-holder Lawrence Okoye together with Olympic silver and bronze medallists from Tokyo, Simon Pettersson of Sweden and Lukas Weisshaidinger of Austria.

Matt Hudson-Smith is one of the local Birchfield Harriers athletes in action and the in-form 400m man joins fellow Brit Alex Haydock-Wilson in the one lap men’s race.

Several of Britain’s leading para-athletes are in action, too, with Hannah Cockroft in the 400m wheelchair race, plus Sophie Hahn and Thomas Young in the ambulant 100m races.