McKennie back on USMNT roster for June games 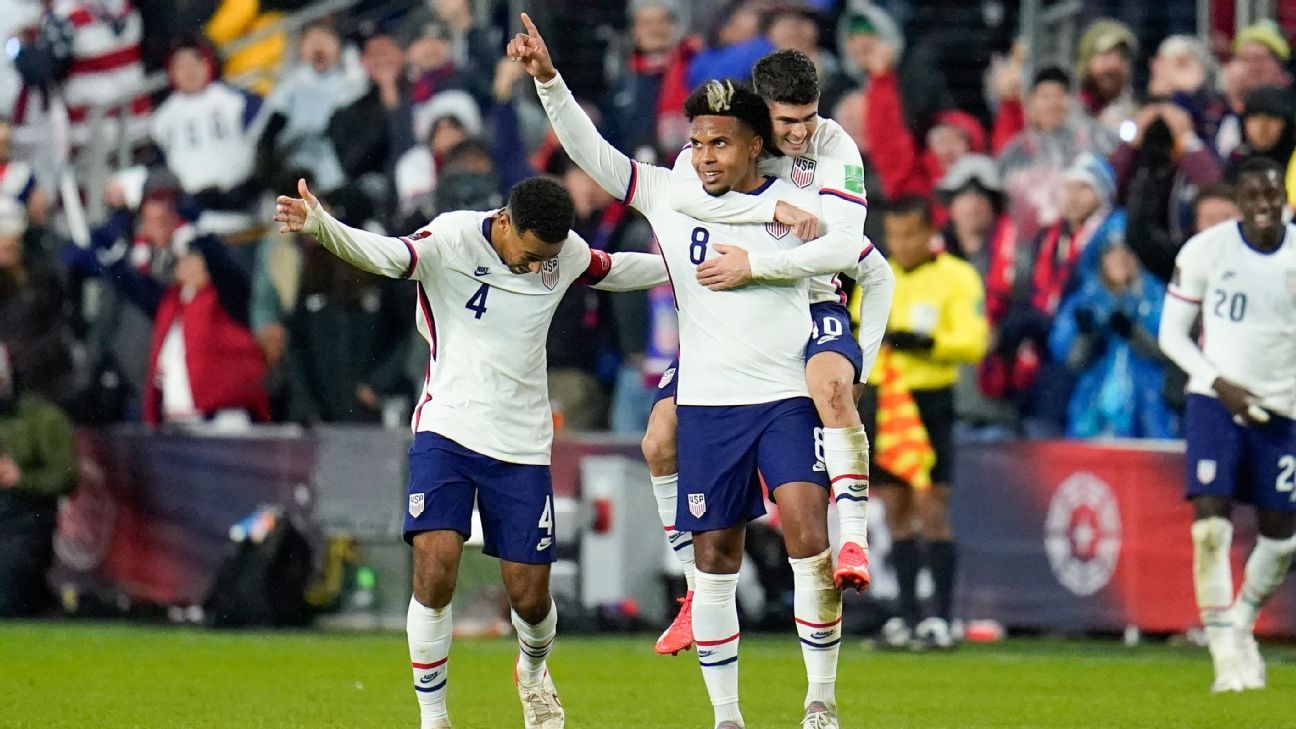 The U.S. will face Morocco and Uruguay in friendlies on June 1 and June 5, respectively. These matches will be followed by CNL games against Grenada in Austin, Texas, on June 10 and an away match against El Salvador four days later.

The players will begin reporting to training camp in Cincinnati -- the site of the Morocco game -- this weekend. The games will serve as preparation matches for the 2022 World Cup, where the U.S. has been placed in Group B alongside England, Iran and one of Wales, Scotland and Ukraine.

"We are excited to get the group back together as we prepare to compete against two fellow World Cup participants and begin the defense of our [Confederation of North and Central American and Caribbean Football] Nations League title," Berhalter said. "With the World Cup six months away, we aim to maximize these opportunities and continue to progress as a team. We are looking forward to experiencing the incredible support of our home fans for the last time before we represent them in Qatar in November."

The roster contains 19 players that were part of the successful effort to qualify for the 2022 World Cup, including Chelsea midfielder Christian Pulisic, Nashville SC defender Walker Zimmerman, and RB Leipzig midfielder Tyler Adams.

Another contributor, Juventus midfielder Weston McKennie, has successfully recovered from a broken foot to take part in the training camp.

Barcelona defender Sergino Dest, Atlanta United center back Miles Robinson, Borussia Dortmund midfielder Gio Reyna, Norwich City forward Josh Sargent, Young Boys forward Jordan Pefok, West Bromwich Albion forward Daryl Dike and center back Chris Richards -- who just returned to Bayern Munich after ending his loan spell at Hoffenheim -- will all miss out due to injury. Wolfsburg defender John Brooks, who was on the outside looking in for much of World Cup qualifying, wasn't called in.

That has opened the door for several new faces to make their mark in what will be one of the last training camps prior to the announcement of the World Cup roster this fall. Cameron Carter-Vickers, coming off a title-winning season at Celtic, has been included for the first time since 2019.

Djordje Mihailovic, in the midst of a stellar season for CF Montreal with seven goals and five assists, is back in the fold for the first time since December 2020. Antalyaspor striker Haji Wright is uncapped at the senior level, but took part in a U.S. training camp in the summer of 2019. He has scored 14 league goals with one match remaining in the season.

The other uncapped players called in are Borussia Monchengladbach defender Joe Scally and Bayern Munich midfielder Malik Tillman. Tillman is still in the process of making a one-time switch to play for the U.S. after representing Germany at the youth level. The U.S. is hopeful that the process will be completed in time for Tillman to play in some of the upcoming matches.

There is no place on the roster for highly rated Chicago Fire FC goalkeeper Gabriel Slonina, though the 18-year-old announced Friday that he will represent the U.S. rather than Poland, which had called him up earlier this week.

More in this category: « Wise 'normal' after headshot from Smith drive Mickelson added to field for LIV Golf's first event »
back to top