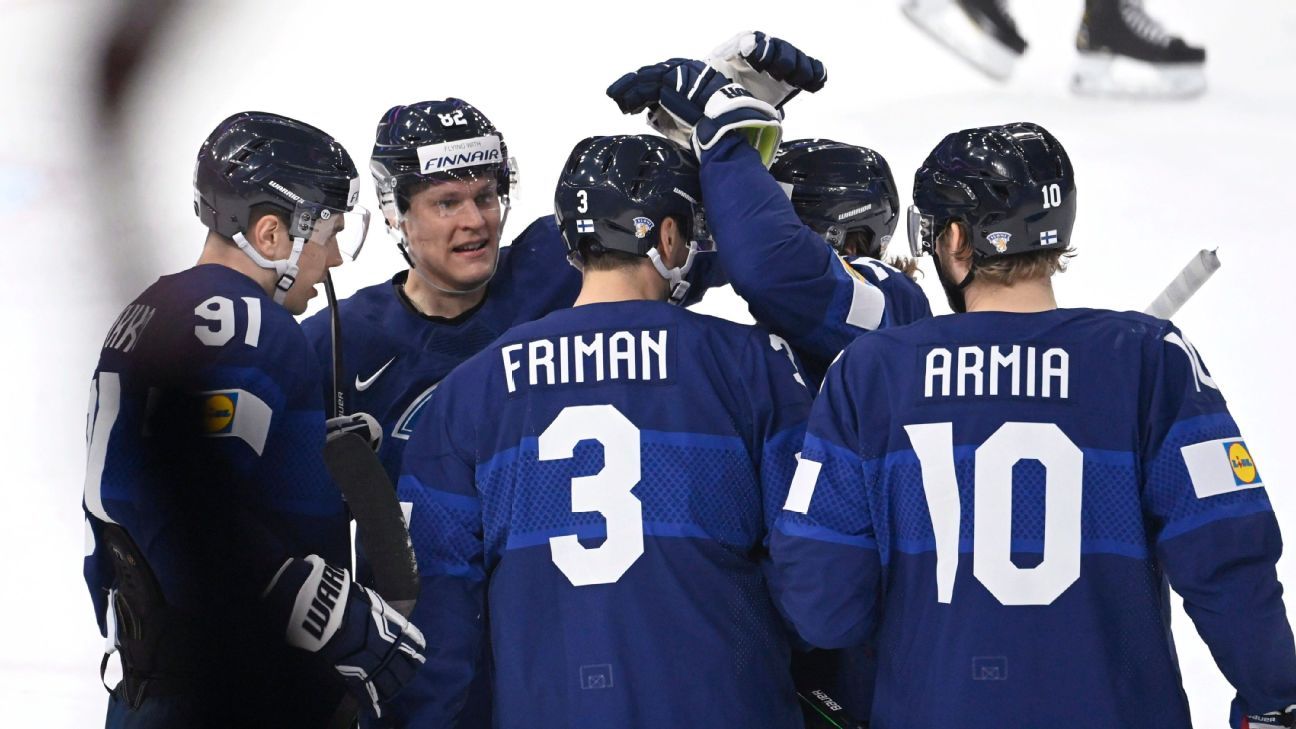 TAMPERE, Finland -- Finland got back to winning ways at the world ice hockey championship when it beat Britain 6-0, while Germany beat Italy 9-4 in the highest-scoring game of the tournament on Friday.

Montreal Canadiens forward Joel Armia was among six different players to score for host Finland, while Jussi Olkinuora faced 10 shots for the shutout as the Finns rained 42 shots on the British net.

The win lifted the Olympic champion Finns to first in Group B, ahead of Sweden, the United States and the Czech Republic.

Britain was last in the group, without a win and with no goals in any of its last three games. In the same group, Latvia beat Austria 4-3 in a shootout.

In Group A, Germany scored nine goals to beat Italy for its fourth straight win. It was Germany's most convincing victory after an opening 5-3 loss to Canada was followed by three consecutive one-goal wins against Slovakia, France and Denmark.

Yasin Ehliz, Daniel Fischbuch and Alexander Karachun had two goals each, and Kai Wissmann finished with a goal and three assists.

It was a tough day for Italy starting goaltender Davide Fadani, who was pulled after 13 minutes when Germany scored on three of its first four shots.

Slovakia beat Kazakhstan 4-3 in the day's other Group A game.