Sunrisers, Kings look to sign off on a high in dead rubber 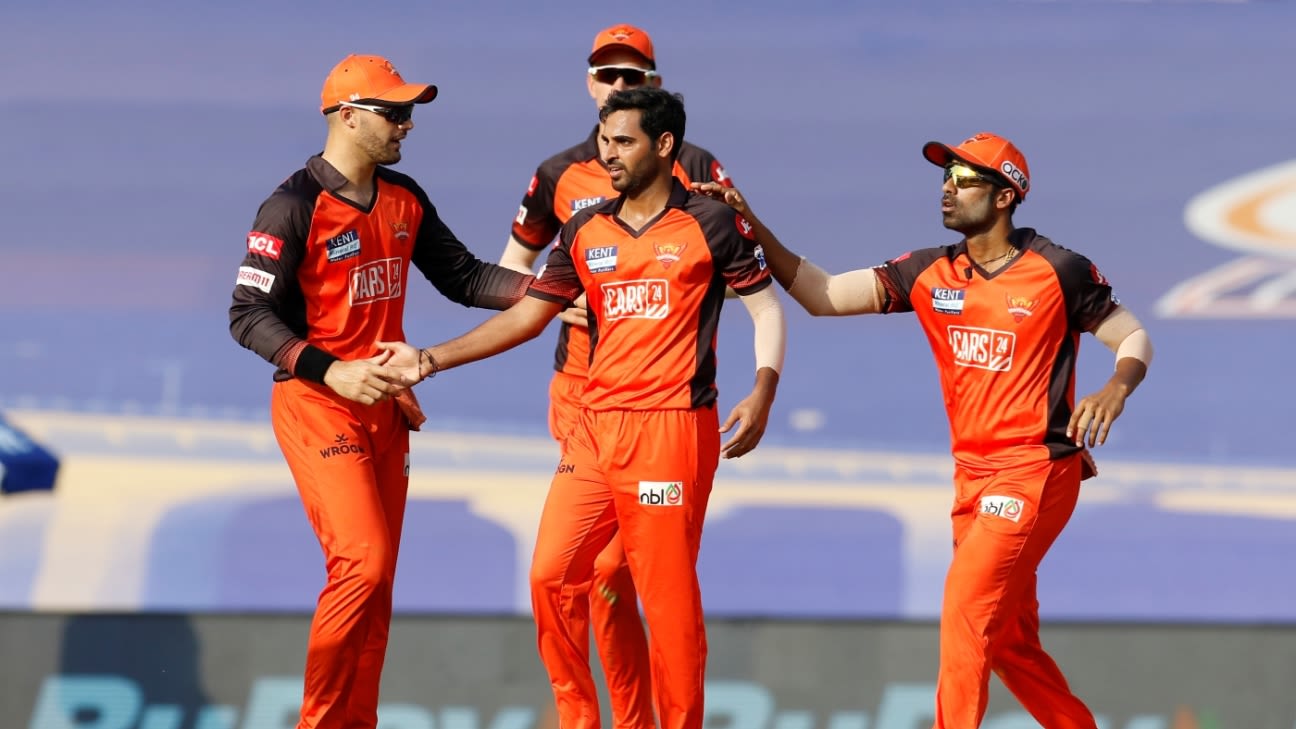 You can watch the game

But at the end of it all, both Sunrisers Hyderabad and Punjab Kings have missed out on qualification for playoffs, even before their last league game, thanks to Royal Challengers Bangalore's win over Gujarat Titans.

Both teams would look to sign off on a high, in what is a dead rubber, something that is not too usual in the IPL.

Kane Williamson has flown back to New Zealand for the birth of his second child. Sunrisers haven't yet announced their captain for the last game, though Bhuvneshwar Kumar has led them in the past while new West Indies captain Nicholas Pooran could be another candidate

Although Kings tend to bring Rahul Chahar into the attack a bit later in the innings, there could be a case of him coming on earlier against Sunrisers given he has dismissed Abhishek twice in two innings and Tripathi twice in four meetings. Moreover, that could mean he would not be on when Pooran walks out to bat as the left-hander has a strike rate of 154 against the legspinner.

Livingstone has been out to left-arm spin three times in the six innings he's faced that type of bowling. Sunrisers could use Abhishek against him if they don't get J Suchith in.

S Sudarshanan is a sub-editor at ESPNcricinfo