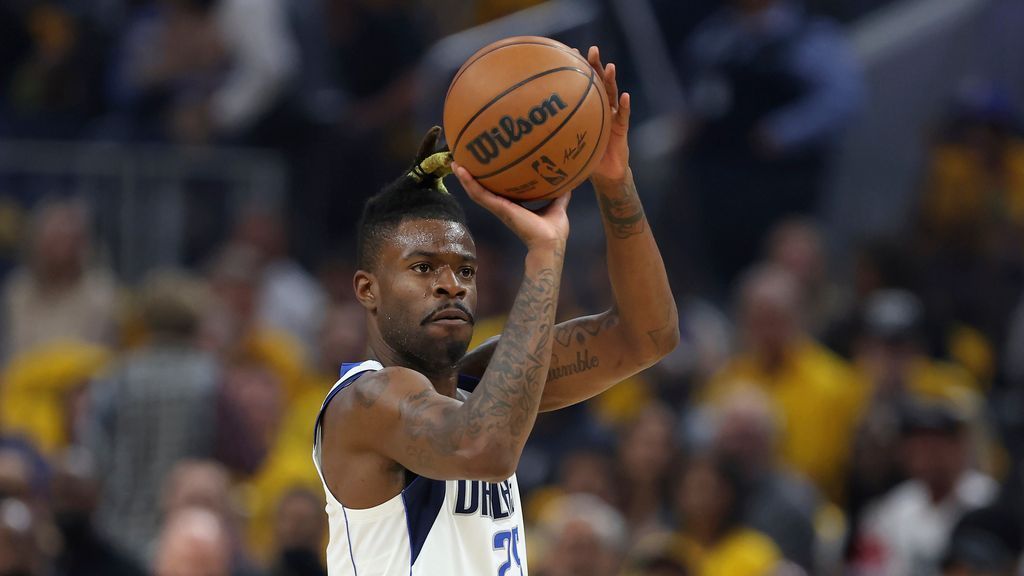 Bullock becomes the second recipient of the award behind Carmelo Anthony, who won a season ago. Bullock was one of five finalists for the award along with Milwaukee Bucks guard Jrue Holiday, Memphis Grizzlies forward Jaren Jackson Jr., Minnesota Timberwolves center Karl-Anthony Towns and Toronto Raptors guard Fred VanVleet.

Abdul-Jabbar announced Bullock as the winner in a video shown at Mavericks shootaround on Sunday morning.

Bullock has long been an avid advocate for the LGBTQ+ community in memory of his sister Mia Henderson, a transgender woman who was killed in 2014. Bullock said her killing was "something that hit home for me and my family."

"It definitely had me use my platform to stand up and do what's right for her and my family," Bullock said on the TNT broadcast prior to Game 3 of the Western Conference finals. "I got linked with all the right organizations and everything around to help me her name back to light and shed light on others to stop crazy things like this from happening in the world."

Bullock has participated in and worked with the NYC Pride March, the GLAAD Media Awards and NBA events for LGBTQ+ youth and allies. When he joined the Mavericks in 2021, he started working with groups including Abounding Prosperity, Dallas Southern Pride, House of Rebirth, The Black-Tie Dinner, the Resource Center and the Muhlaysia Booker Foundation.

By being named the recipient, Bullock will receive $100,000 from the NBA for a social justice organization of his choosing. Bullock selected Kinston Teens as the recipient for the money. Kinston Teens, a group based in Bullock's hometown of Kinston, North Carolina, is "a youth-led nonprofit organization with a mission of empowering young people through service, leadership and civic engagement," according to the group's website.

The other finalists will receive $25,000 each for contribution on their behalf to a social justice organization.