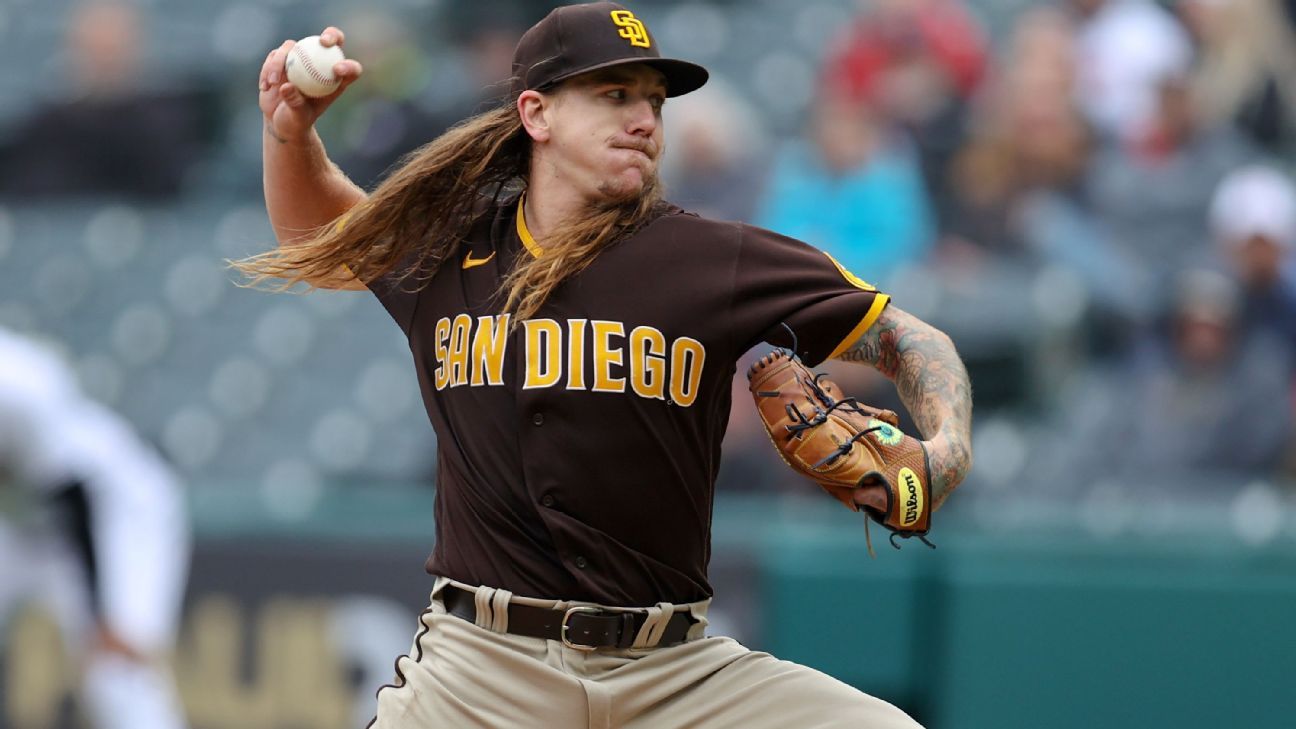 The San Diego Padres placed right-hander Mike Clevinger on the 15-day injured list Sunday with a triceps strain. The move was made retroactive to Saturday.

Clevinger, who didn't pitch last season after recovering from his second Tommy John surgery, said he felt tightness in the area of his triceps after pitching five scoreless innings last Tuesday against the Philadelphia Phillies.

"It's a little spot in his triceps that's not bad," manager Bob Melvin told reporters, according to the San Diego Union-Tribune. "But we've come so far with him and he was so good last time out, we just don't want any hiccups. ... He wants to pitch, but we just don't want any setbacks with him. It's too early in the season to try to push him at this point."

Clevinger, who is 1-0 with a 3.21 ERA in three starts this season, will be shut down for a few days before resuming throwing, Melvin said.

Right-hander Nick Martinez will take Clevinger's spot in the rotation while he's sidelined. Martinez, who had been in the Padres' rotation before Clevinger and Blake Snell made their season debuts, is 2-2 with a 3.89 ERA this season in seven appearances (six starts).