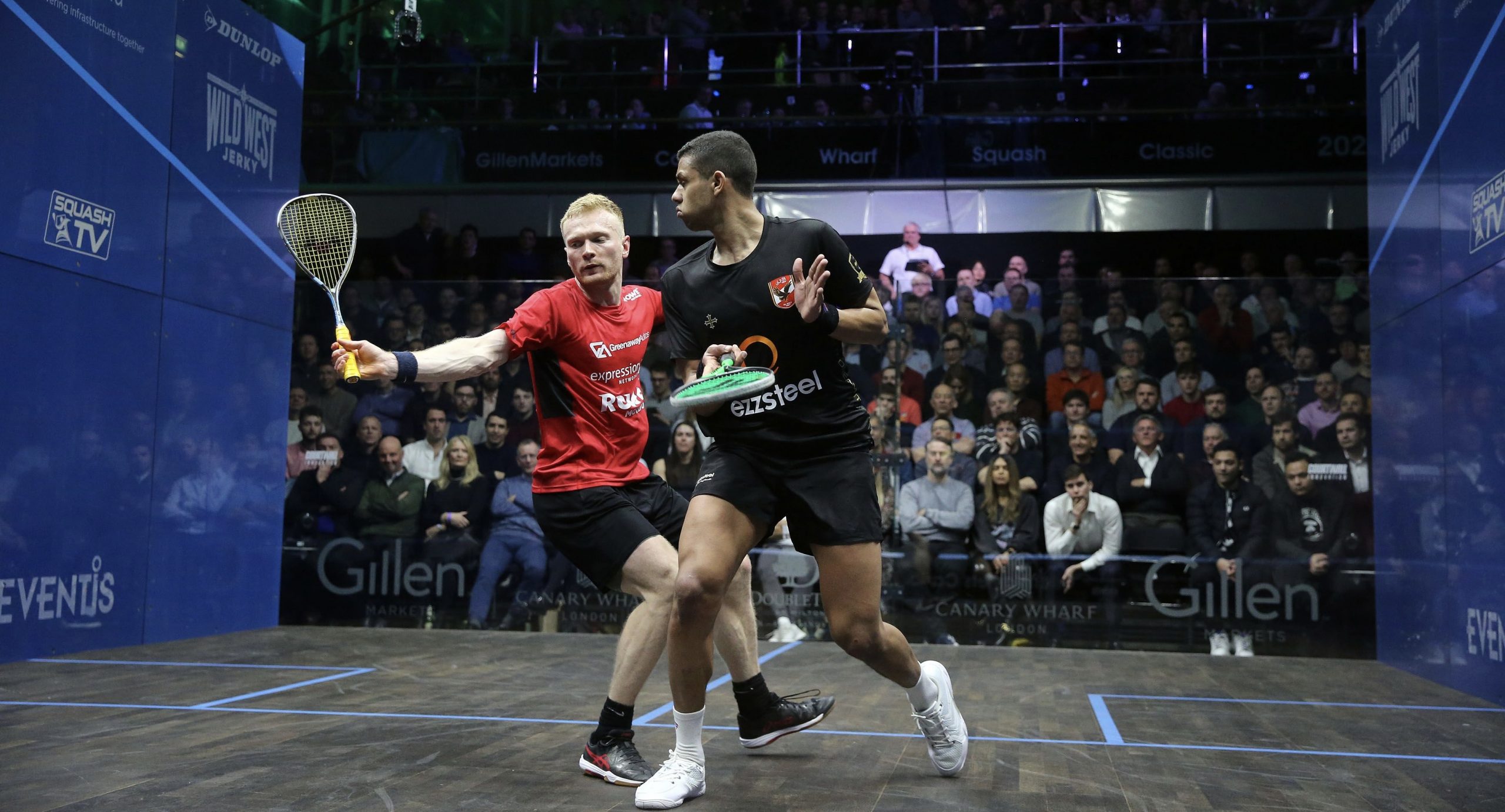 HISTORY was made in the World Championships in Egypt when no English male player made it through to the third round for the first time since the tournament began.

While it’s a very disappointing scenario for the here and now, I have faith that things will soon improve and that we will have players returning to the world top 20.

People called it a golden era a decade ago when we had five English players in the world top 10: myself, James Willstrop, Peter Barker, Daryl Selby and my Commonwealth Games doubles partner Adrian Grant.

At one point, around the time of the 2012 Olympic Games, I was world champion and James was world No.1. What an ideal opportunity that would have been to deliver a gold medal on home soil in London!

It’s always unfair to compare the next generation that follows a successful era in sport and Pakistani players have suffered with immense criticism for not reaching the heights enjoyed by Jahangir Khan and Jansher Khan.

What they need to do is to plan for the future instead of dwelling on the past and that means putting in place a solid development programme to build playing numbers first of all.

Thankfully we have plenty of players with excellent potential here in England.

I coach Nick and he’s enjoyed some good results recently and the target is for him to get into the major tournaments on his rankings.

There is a five-year plan in place for England Squash and success will not come overnight, so I hope people will be patient and not put too much pressure on players who are trying their best.

This current lull can’t go on for ever. Give it a few years and we will have players back near the top. They might not hit the heights of our era but the dynamics have changed with Egypt’s seemingly endless production line of top-class players.

The highest-ranked British male player, world No.7 Joel Makin from Wales, lost in the third round of the World Championships to a very determined Tarek Momen, who then played an incredible match against New Zealand’s top seed Paul Coll in the quarter-finals.

Coll won 11-9 in the fifth after 122 minutes and then lost a 109-minute battle against a resurgent Mohamed ElShorbagy in the semi-finals.

Makin has a great chance to impress in El Gouna, where he could be playing Mostafa Asal in the third round. After their 95-minute battle at Canary Wharf, for a 2-1 win by Asal, Makin will be determined to go all out for a big win.

Coll and Makin will be the top two male seeds in the Commonwealth Games and although Coll will be disappointed at not winning his first world title and then surrendering his world No.1 ranking to eventual Cairo champion Ali Farag, he is still the form player of the past year.

Having reached the top of the rankings he made himself an even bigger target for the Egyptians, who clearly fed off the energy of a home crowd to push that little bit harder.

In the Women’s World Championship, Sarah-Jane Perry lost out to Nour El Sherbini in the quarter finals and that was no disgrace as Nour returned after injury to win her sixth world title, which is a phenomenal achievement.

SJ and Gina are very consistent top 10 players and will always be challenging and it’s great to see Tesni back in form after a difficult year.

However, she announced yesterday that her PSA season is over because of injury, although she said she was keen to get fit in time for a great summer of squash, meaning the Commonwealth Games.

Lucy Turmel and Jasmine Hutton lost in the first round but they were both close matches. Lucy was on court for 73 minutes against Japan’s Satomi Watanabe, who I saw play at Hallamshire last week as she helped Roehampton win the National Clubs final.

She is a very tidy player, strikes the ball well and her whole demeanour was impressive throughout the weekend.

Jaz lost a tough match in Egypt with all three games finishing 12-10 and it’s always difficult playing an Egyptian opponent on their home soil, especially if there are traffic issues on court.

However, dealing with these challenges are all part of the process of improving as a professional player.

Looking ahead to the forthcoming National Championships in Manchester from June 13-18, all the younger players will want to push up and be challenging those above them.

I haven’t seen the seedings yet but if Lucy has a good week she could easily be putting pressure on the top players.

As a youngster I was ranked around 50 in the world and managed to beat Alex Gough of Wales, who was then a top six player. A young James Willstrop also reached the semi-finals and it all goes to show that the Nationals give young players an opportunity to announce themselves on the bigger stage.

June is not the ideal time for the tournament because some players will be disrupting their schedules to have short breaks or go on holiday.

However, for those with an eye on Birmingham, it is a vitally important opportunity to show some form ahead of the Commonwealth Games.

Without giving too much away, I am going to make just one prediction: Look out for a big surprise in the Nationals!

Nick Matthew is helping ambitious players to work on their game during the off-season when he holds an Adult Masterclass on June 11th and 12th, 2022.

The #Wolf Masterclass will be a thorough Pre-Season Boot Camp, the fourth Nick has held at his home club in Sheffield, the superb Hallamshire Tennis and Squash Club.

The Masterclass is open to all standards. If you would like further information or to book your place, please contact [email protected]