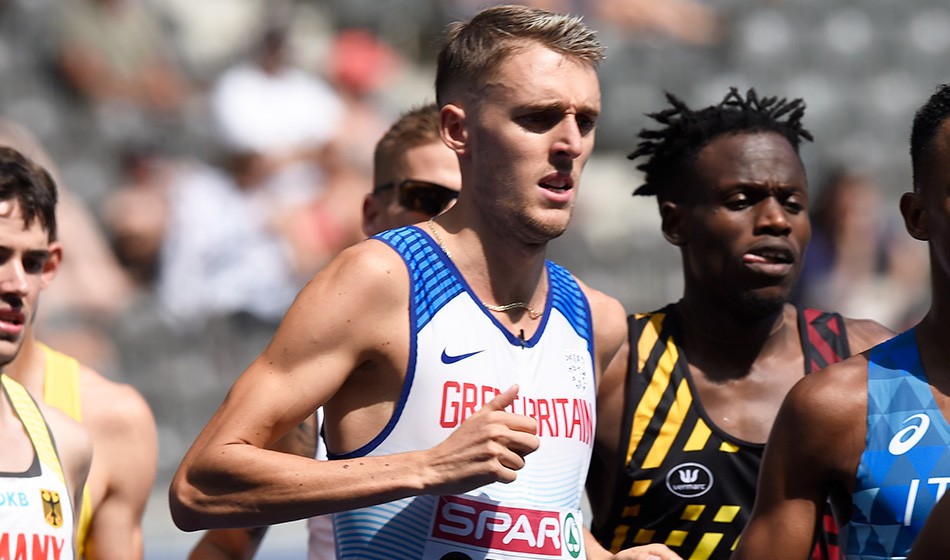 A 54-strong Great Britain and Northern Ireland team has been named for the European Team Championships Super League in Bydgoszcz, Poland, from August 9-11.

Charlie Da’Vall Grice (pictured) makes his third appearance at the event, fresh from moving to fourth on the UK 1500m all-time list after running 3:30.62 at the Monaco Diamond League.

Jessica Judd will race the 1500m after having won the World University Games 5000m title earlier this month.

Interview with a delighted @jessjuddxx following her 5000m PB and @IAAFDoha2019 qualifying time of 15:16.47 in London, which came after a 5000m win at the World Uni Games. “I still can’t quite believe I got a time. I think my dad’s probably right that I can be a 5km runner!” pic.twitter.com/2T7MQM3t2m

Grice, Webb, Oskan-Clarke and Judd are four of 20 athletes selected for the championships to have achieved a qualifying standard for the IAAF World Championships in Doha later this year, with that list also including Olympic finalist Morgan Lake (high jump), Rosie Clarke (3000m steeplechase), Meghan Beesley (400m hurdles), Sophie McKinna (shot put) and Greg Thompson (discus), who is one of 12 making a senior British debut.

This month has already seen international success in the British vest for a number of athletes selected, with Tom Gale and Cameron Fillery claiming high jump silver and 110m hurdles bronze respectively at the European U23 Championships. They also make their senior British debuts in Poland.

Harry Aikines-Aryeetey and Dwayne Cowan earn selection for the men’s 100m and 400m respectively, having both claimed victory at the championships two years ago in France. The event holds added significance for Aikines-Aryeetey as it was where he made his senior British debut, then known as the European Cup, in Malaga in 2006.

British Athletics performance director Neil Black said: “As ever, I am delighted to announce the 54 athletes chosen to represent Great Britain & Northern Ireland at the European Team Championships next month.

“The championships mark the start of a busy period leading up to the IAAF World Championships in Doha and once again we want to show ourselves as one of the leading nations in Europe.

“For some of the athletes selected the event presents them with an opportunity to test themselves in a team environment against high-quality international competition, while for others it offers an opportunity for them to put themselves in the mix for selection for the IAAF World Championships later this year.

“We have seen some fantastic performances at the European under-20 and under-23 championships over the past two weeks and it is great to see athletes being given the opportunity to show what they can do at senior level. We want to finish as high in the team standings as possible in Bydgoszcz and we look forward to seeing what our athletes can deliver.”