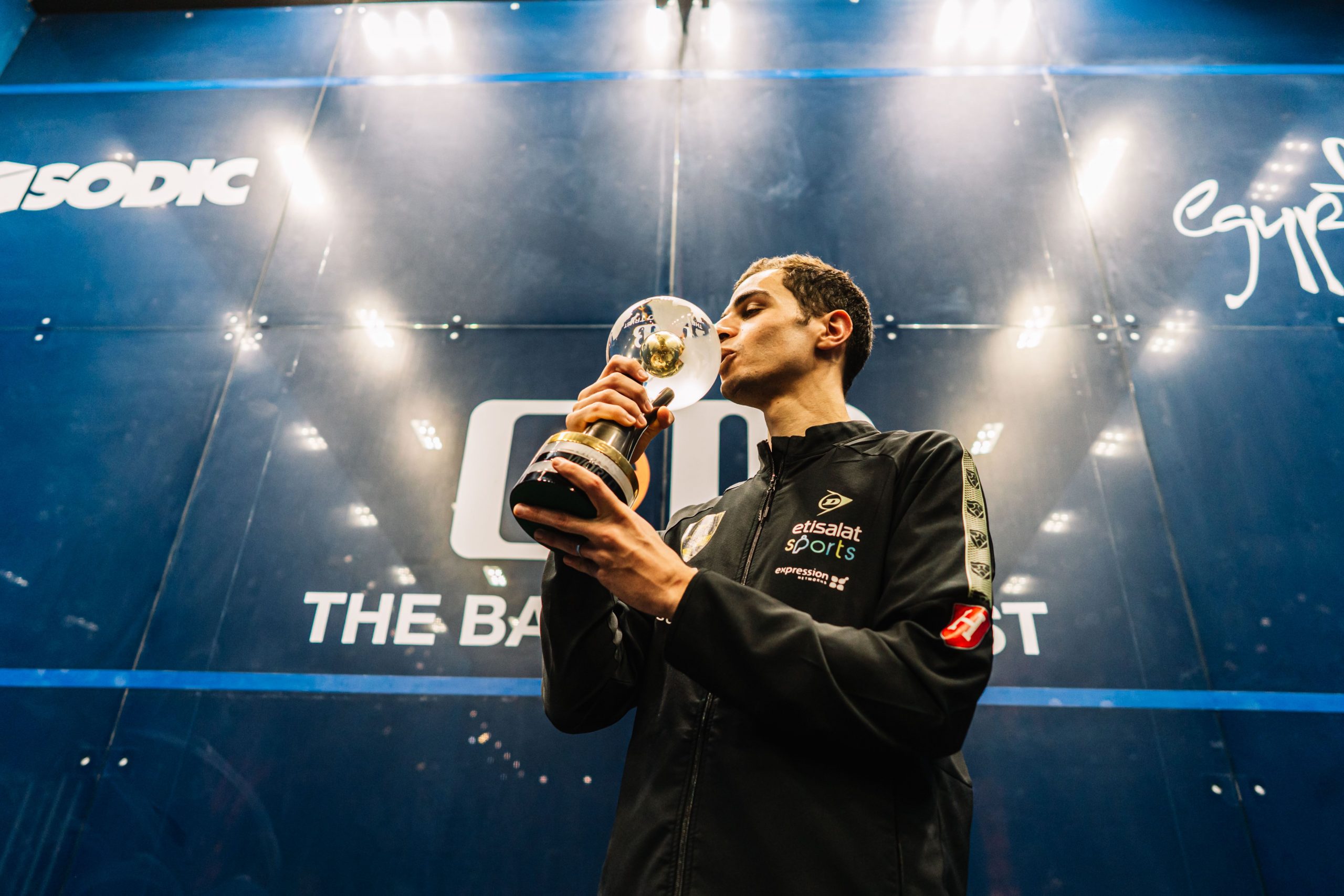 Farag, 30, lost top spot to Coll in the March rankings but enjoyed a successful May which saw him first down Peru’s Diego Elias to win the prestigious J.P. Morgan Tournament of Champions inside New York’s famous Grand Central Terminal.

He followed that up with a 3-2 victory over World No.3 Mohamed ElShorbagy in the CIB PSA World Championship final in Cairo to become only the seventh man to lift the sport’s biggest prize on three occasions.

Coll, who lost out to ElShorbagy in the semi-finals at the Egyptian National Museum of Civilization, drops to No.2.

ElShorbagy stays at No.3, while Mostafa Asal (4) and Diego Elias (5) round out the rest of the top five.

Youssef Ibrahim moves up to a joint career-high ranking at No.11, while Karim Abdel Gawad and Gregoire Marche sit at 12 and 13, respectively. India’s Saurav Ghosal rises three spots to No.14, while Miguel Rodriguez drops a place to 15.

Nicolas Mueller (16), Youssef Soliman (17), Mohamed Abouelghar (18), Raphael Kandra (19) and Victor Crouin complete the top 20, with the latter moving up three spots to break back into the top 20 for the first time since January, 2022.

England’s Charlie Taylor is the biggest riser on the men’s tour after a last 16 finish at the NTA Squash Classic saw him move up 197 places to a career-high ranking of No.605.