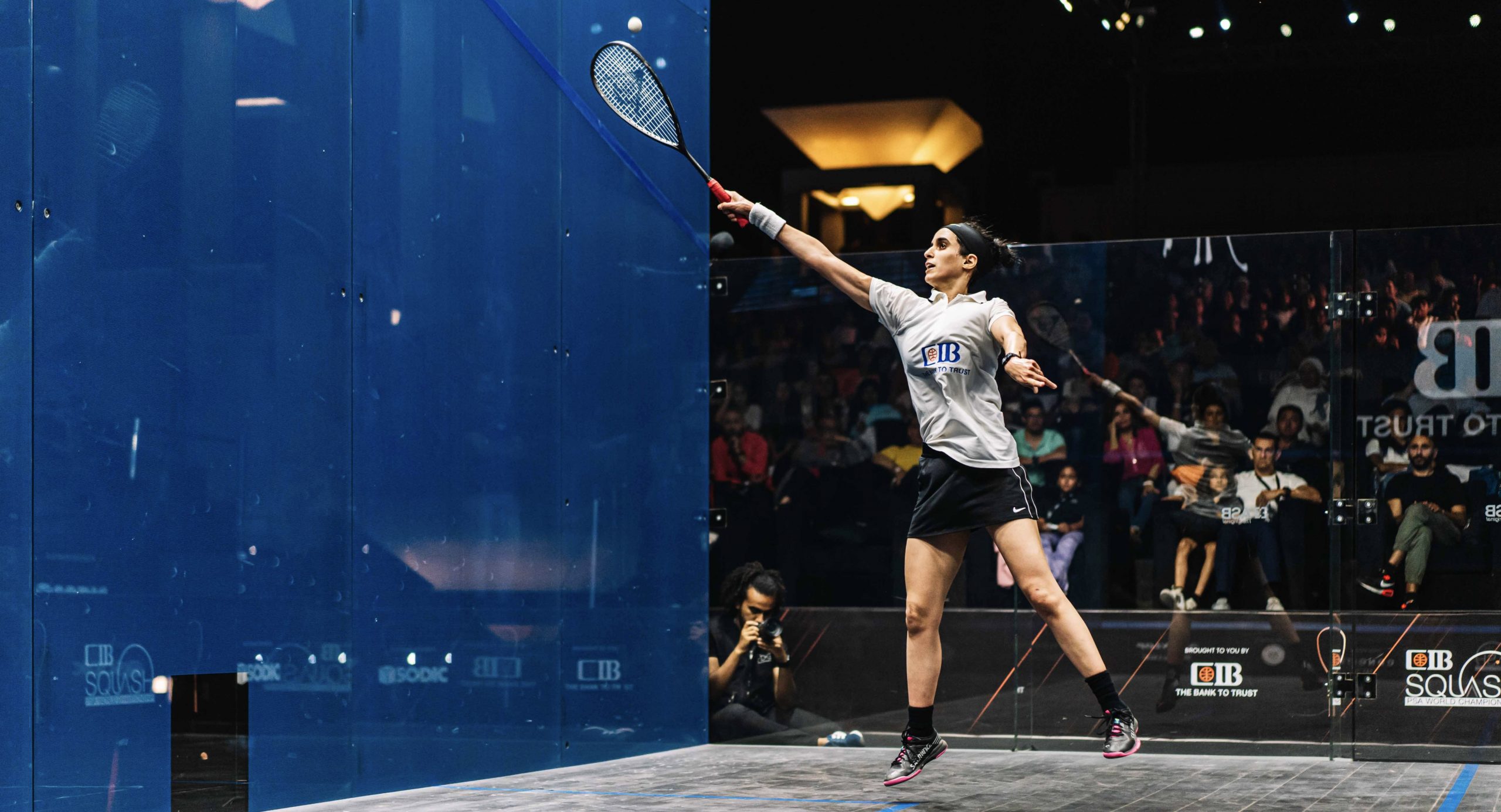 Egypt’s Nour El Tayeb has risen 14 places to return to the top 20 of the PSA Women’s World Rankings following her superb run to the semi finals of the CIB PSA World Championships last week in Cairo.

El Tayeb, a former World No.3, ended a 14-month spell away from the action following the birth of her daughter when she returned to the PSA World Tour at the CIB Squash Open Black Ball in December of last year, and the 29-year-old has gone from strength to strength in the intervening five months.

Making her first appearance at the World Championships since the 2019-20 edition, El Tayeb notably beat World No.8 Salma Hany and World No.3 Hania El Hammamy en route to the last four, where she eventually came unstuck against eventual winner and World No.2 Nour El Sherbini.

Her performances at the National Museum of Egyptian Civilisation have seen El Tayeb rise to No.14.

On the same day, her husband Ali Farag returns to the top of the men’s world rankings, dislodging New Zealand’s Paul Coll after winning the men’s World Championship in Cairo.

Runner-up Nouran Gohar holds on to the world No.1 spot for a third successive month ahead of El Sherbini and El Hammamy, as well as USA’s Amanda Sobhy at No.4 and New Zealand’s Joelle King, who completes the top five.

Sarah-Jane Perry stays at No.6, but there is a move up the rankings for Rowan Elaraby, who moves up one spot to a career-high ranking of No.7, switching places with Hany. Georgina Kennedy (No.9) and Olivia Fiechter (No.10) complete the top 10.

Belgium’s Nele Gilis remains at No.11, while Nada Abbas moves up four places to a career-high ranking of No.12. Camille Serme drops to No.13, with El Tayeb and Tinne Gilis rounding out the top 15.

Next comes Joshna Chinappa, who falls two spots to No.16, ahead of Tesni Evans, who drops two places to No.17. Farida Mohamed and Sivasangari Subramaniam record career-high rankings of No.18 and No.19, respectively, while Hollie Naughton falls three places to No.20.

Malta’s Colette Sultana is the biggest riser on the women’s tour, moving up 149 places to No.276 after reaching the last 16 of the Qscan Sandgate Open.