Grant Has Seen It All At The Sumar Classic 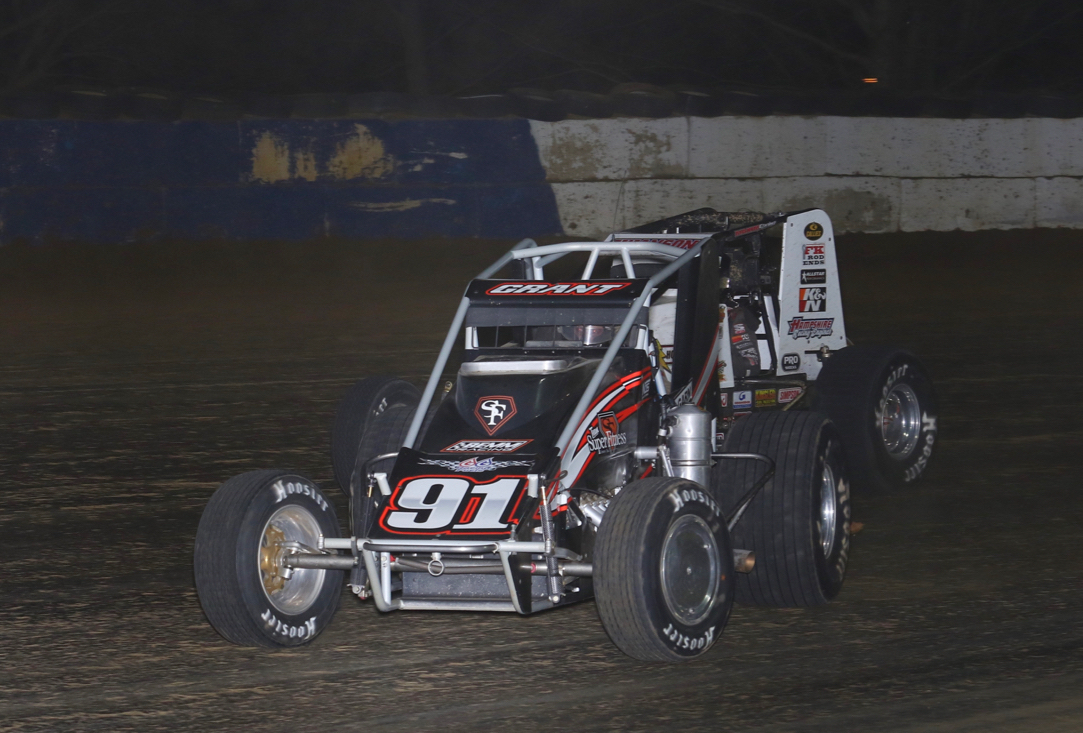 Grant has been quick time and he’s led an astounding number of laps. He’s even flipped out of the ballpark in turn one.

However, until last spring’s Sumar Classic, he had not reached victory lane in USAC national competition at the famed half-mile dirt oval.

In 2016, the Ione, Calif. native came heartbreakingly close, starting from the pole and holding dominance at the front for the first 93 laps. However, a slight mishap off turn four with seven laps left cost him a shot at victory, as C.J. Leary drove to his first career win.

Fast forward to 2018, and with a couple more years of experience under the belt and on a similar track surface he faced that afternoon, Grant was determined to not let the past repeat itself on his way to Terre Haute glory.

With more experience in the big cars under his belt, Grant knew he had to devise a game plan that would result in a victory, but with a surging, four-time series champ in Kody Swanson erasing the gap, that’s easier said than done.

However, Grant wasn’t going to let this one get away.

“You have to keep your eye on the rubber or have your spotter keeping an eye on the rubber for you,” Grant detailed. “A couple years ago here, I was just concentrating on what I was doing, banging the fence and running as hard as I could. As I’ve gotten more comfortable in the Crown cars, I worry as much, or more, about what other guys are doing behind me and make sure to get to the rubber before somebody drives by.”

From his third starting spot, Grant held down the fort near the front as polesitter Jerry Coons, Jr. and C.J. Leary swapped the top spot for the first third of the event.

Leary led until lap 36, when Grant caught him in lapped traffic and outlasted him down the back straightaway before sliding back up to the berm, where he would stand pat until nearly three-quarters of the event were in the books.

On lap 70, Shane Cottle dueled with Grant as the two swapped the top spot four times over the span of a lap and a half. Cottle was credited with leading the lap before the two resumed their race-leading surge.

Grant made the ultimate, lasting move, ducking down to the inside of Cottle off turn two to recapture the lead.

By lap 77, a date with the Sumar Classic trophy appeared to be slipping through his grasp yet again as a surging Swanson was in position to pounce for the lead, ringing around the outside of both Cottle and Grant in a single move between turns three and four.

However, with just 16 laps remaining, the now third-running Cottle took a chance on a two-for-one deal entering the third turn. In one fell swoop, Cottle breezed by Grant on the inside, then pulled along the inside of Swanson on the inner guardrail. The two touched wheels, sending both into 360-degree spins.

Cottle’s race came to an end backwards near the outside wall while Swanson managed to continue, albeit with a flat left rear tire.

That put Grant back into position at the front of the field once racing resumed, and he never looked back after that, even as Swanson rallied all the way back to second.

Grant flawlessly finished out the final laps to take his second career Silver Crown win by 1.33 seconds over Swanson and polesitter Tyler Courtney, who came from 22nd to third after an early race spin.

Grant is basically playing with house money right now. He’s experienced the thrill of victory and the agony of defeat in recent times at the Sumar and is game for anything that is thrown his way.

He’s proven that time and time again, and perhaps, he could erase the long-running streak of a new Sumar Classic winner each year since 1999 with a victory on Sunday.

More in this category: « East Carolina Backs Weatherman & Ware At Bristol Christian Brooks Transitioning To F4 With Jay Howard »
back to top