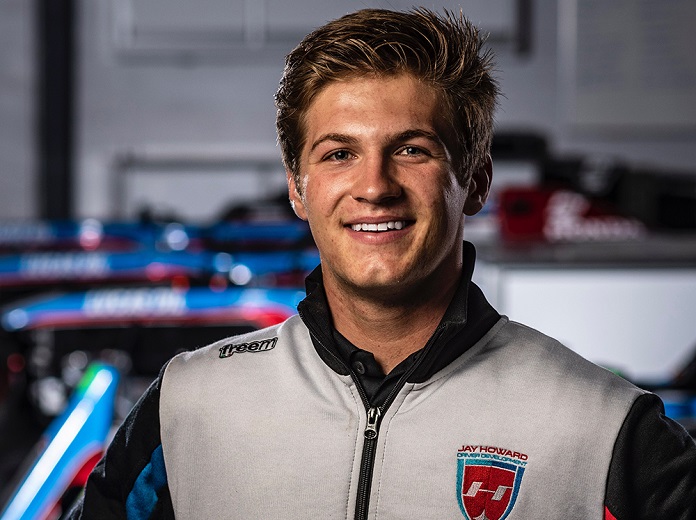 SANTA CLARITA, Calif. – After spending three years building an impressive resume in the world of rallycross, 18-year-old Californian Christian Brooks has elected to re-direct his career target towards the NTT IndyCar Series, his childhood dream.

“It has been my goal since I was a young boy to compete in the prestigious IndyCar Series,” said Brooks, who looks at Scott Dixon as a role model. “Competing in the F4 US Championship will be the first step in achieving that goal. Being a rallycross driver these past three seasons has given me the confidence to know that I can excel in all forms of motorsports.

“Rallycross is known as one of, if not, the most difficult forms of motorsports with changing conditions including dirt, jumps, and asphalt, not to mention a whole lot of bumping and banging,” Brooks continued. “My grassroots experience in kart racing has also helped mold me into the experienced driver I am today, and I feel as if all my experience in karting and rallycross will translate very well into the F4 US Championship. I am beyond excited to get this season underway and prove that I will be a fast and successful open wheel driver!”

Through his entire run in the Red Bull Global Rallycross series, Brooks continued to compete in national-level karting events and has not been ranked outside the top 10 since 2015. Brooks won countless races and titles during his decade-plus in competition karting, including championships in Superkarts USA, the Challenge of the Americas, the US Rotax Grand Nationals and the International Kart Federation.

Brooks was also a member of Team USA at the Rotax Grand Finals three times, competing in the Junior category in 2014 in Valencia, Spain and then as a Senior in 2015 in Algarve, Portugal and in 2016 in Sarno, Italy.

In preparation for his F4 debut season, Brooks has logged significant testing laps with Jay Howard’s squad. He has quickly adapted to the car and is on pace to challenge the veterans in the category.

“I’ve watched Christian literally since he was a baby in the Cadet categories, working his way through Mini Max, Junior and the Senior ranks,” said Howard. “He has won at every level and is always the one to watch. I’m excited to have Christian join my Driver Development program. I believe he will continue the trend of running up front and I look forward to a great season ahead.”

More in this category: « East Carolina Backs Weatherman & Ware At Bristol Josh Williams To Pilot Third DGM Entry At Richmond »
back to top