Ingebrigtsen gears up for Dream Mile at Bislett Games 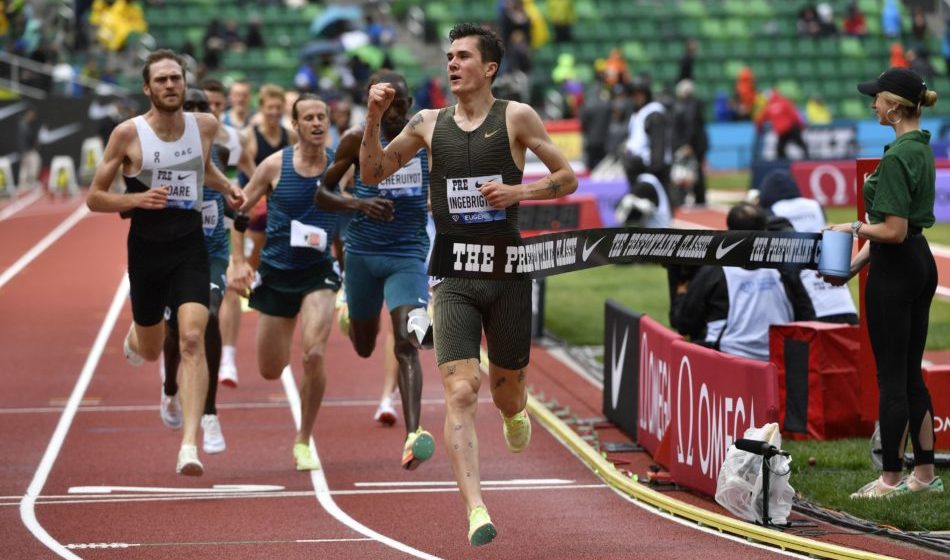 Norwegian among star performers as the Diamond League moves to Oslo on Thursday with Keely Hodgkinson, Eilish McColgan and Laura Muir also in action

The Diamond League season shifts up a gear this week with the Bislett Games in Oslo packed with quality. The Bislett Stadium is enjoying centenary celebrations in 2022 and organisers of Thursday’s meeting have laid on an athletics feast for the fans.

The Dream Mile is often the focal point of the Bislett Games and this year is no different with all eyes on Jakob Ingebrigtsen as he aims to become the first runner from his family to win the famous race. He is of course racing on home soil too and his rivals include Olli Hoare of Australia plus Britons Jake Wightman and Neil Gourley.

Ingebrigtsen is fresh from an emphatic victory in the Bowerman Mile at the Pre Classic but he subsequently suffered a rare defeat when fourth over 800m in Bergen, so maybe that will give his opponents some hope going into Thursday’s event.

British middle-distance runners are in force in Oslo and the women’s 800m features Keely Hodgkinson, Laura Muir and Jemma Reekie who face, among others, Natoya Goule, Renelle Lamote and Halimah Nakaayi.

The sprints also feature several Brits with Reece Prescod hoping to continue his fine 9.93 form that he rediscovered last week over 100. He is joined by fellow Brit Ojie Edoburun and Olympic 200m champion Andre De Grasse of Canada although the man with the fastest season’s best is 9.90 runner Benjamin Azamati of Ghana.

The women’s 200m, meanwhile, sees Daryll Neita, Beth Dobbin and Jodie Williams in action – with all the Brits of course gearing up for their national championships next week.

Less than a week after winning the 10,000m in Leiden in 27:33.52, Sam Atkin jumps into the 5000m in Oslo against Samuel Tefera and Getnet Wale of Ethiopia, US 10,000m champion Joe Klecker, Uganda’s Jacob Kiplimo, Henrik and Filip Ingebrigtsen.

The women’s 5000m is similarly stacked with Eilish McColgan facing Ethiopians Letesenbet Gidey, Almaz Ayana, Gudaf Tsegay and Fantu Worku, while the Norwegian challenge is led by Karoline Grøvdal. World record-holder Gidey will be tough to beat but McColgan will surely be looking to shave some time off her British record of 14:28.55.

Last summer Karsten Warholm set a world record at this meeting. The Norwegian is not here this year after pulling up with injury in Rabat recently which means the men’s 400m hurdles favourite is Olympic bronze medallist Alison Dos Santos of Brazil.

Femke Bol will be favourite to win the women’s 400m hurdles with Brits Jessie Knight and Lina Nielsen looking to continue their fine 2022 form.

Earlier this week Devon Allen went No.3 on the world all-time rankings for 110m hurdles with 12.84 in New York and he is now set to race in Oslo against, among others, Omar McLeod of Jamaica.

The field events are no less exciting with world record-holder Mondo Duplantis of Sweden taking on Sam Kendricks of the United States and many of the world’s top pole vaulters.

Miltiádis Tentóglou of Greece takes to the long jump runway with Swiss decathlete Simon Ehammer among the competitors.

Valarie Allman of the United States will hope to continue her winning form in the women’s discus as the World Championships on her home soil are now only four weeks away.

Another American thrower, Chase Ealey, leads the shot put entries and there is British interest courtesy of Sophie McKinna too.

Oslo has laid on a hammer throw event this year too with Polish duo Pawel Kajdek and Wojciech Nowicki in action, while an innovative ‘Race to Zero’ para 100m race sees male sprinters from a number of classifications in action to see who is the quickest.

For fans in the UK the Bislett Games is live on BBC3 from 7-9pm on Thursday June 16 and also on the BBC website and iPlayer.