Colin Jackson on what to expect from Grant Holloway in 2022 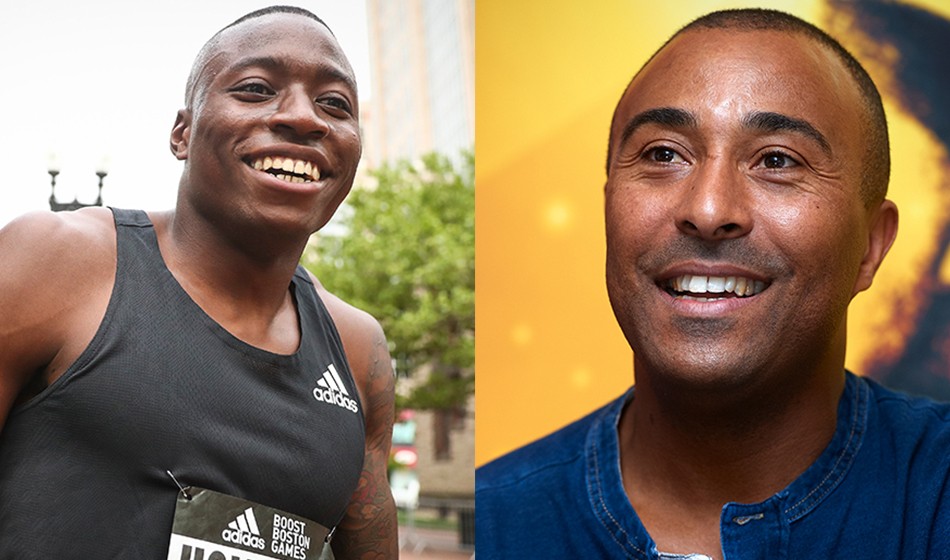 Of all the events to watch out for in 2022, the 110m hurdles is climbing quickly towards the top of the list.

Olympic 110m hurdles champion Hansle Parchment laid down a marker of 13.09 (0.2) to win the Müller Birmingham Diamond League, Trey Cunningham stormed to victory at the recent NCAA Track & Field Championships in what was then a world leading time of 13.00 (0.0) before Devon Allen blitzed the field at the New York Grand Prix – a Continental Tour Gold event – with a stunning 12.84 (1.6), the third fastest time in history.

Allen, who is also a wide receiver for 2017 Super Bowl champions Philadelphia Eagles, beat Grant Holloway, who himself holds the second fastest 110m hurdles time in history and is the current 60m hurdles world record-holder and champion.

The prospect of Allen, Holloway, Cunningham and Parchment strutting their stuff at this summer’s world championships in Oregon is mouth-watering. That’s without adding 2016 Olympic and 2017 world champion Omar McLeod and world U20 champion Sasha Zhoya.

Before Allen’s scintillating world lead in New York, Holloway had lost just one of his last 26 races – the Olympic 110m hurdles final – and was unbeaten in 11 indoors and outdoors so far in 2022.

The American also equalled his own world indoor record of 7.29 in Belgrade.

Colin Jackson, 1988 Olympic silver medallist, double world champion and former 110m hurdles record holder, is well qualified to figure out what to expect over hurdling in 2022 and spoke to AW about the event.

“It was fabulous [Holloway’s 7.29],” Jackson says. “It’s so important our sport keeps developing and people always say to me that ‘he only ran a bit faster than you’ and ‘imagine what time you’d have ran in Belgrade?’. My answer to that is, ‘who cares?’ If you’re the world record holder you’re the best of that particular time and that’s where the focus should be.

“You really should be celebrating this young man. He’s not just a great hurdler, he’s a fantastic 400m runner, a great long and high jumper and he also does sprinting well. The man is the overall package but we don’t sing and dance about how skilful he is.

“It’s important that Grant keeps pushing the boundaries for the next generation to come through and try and replicate and if not better what he has done. The problem is that’s he’s at the ceiling. Can he move his legs any quicker over the first part of the race? I don’t think so. He may move a hundredth quicker so it’s really difficult to find where he can improve.

“What Grant has got to do is make that magic happens outdoors and improve his leg speed from hurdle five until hurdle 10 which he’s unfortunately struggled with recently.”

Jackson is excited about the potential hurdling battles between the different generations. While Allen and Parchment are 27 and 31, Holloway is 24 and Zhoya and Cunningham are just 19 and 20.

“He’s [Holloway] going to have a little bit of competition from Trey Cunningham, who’s come from Florida, likewise Devon Allen and of course Hansle Parchment,” Jackson adds. “When it [the event] becomes really competitive that’s when people take notice of the event.

“He really has to make the breakthrough in a major championships in 2022 and he knows that. We’ve got a lot of them coming up so there are plenty of opportunities outdoors for him.”

If Holloway can retain his world title on home soil in Oregon then he will be the fourth man in history to win two gold medals in the discipline after Greg Foster, Allen Johnson and Jackson.

The world record of 12.80 was set by 2012 Olympic champion Aries Merritt a decade ago and it may take a time much better than that if Holloway wants to make history.

Colin Jackson spoke about Grant Holloway and the 110m hurdles at the Red Bull Wings For Life event back on April 13, 2022.