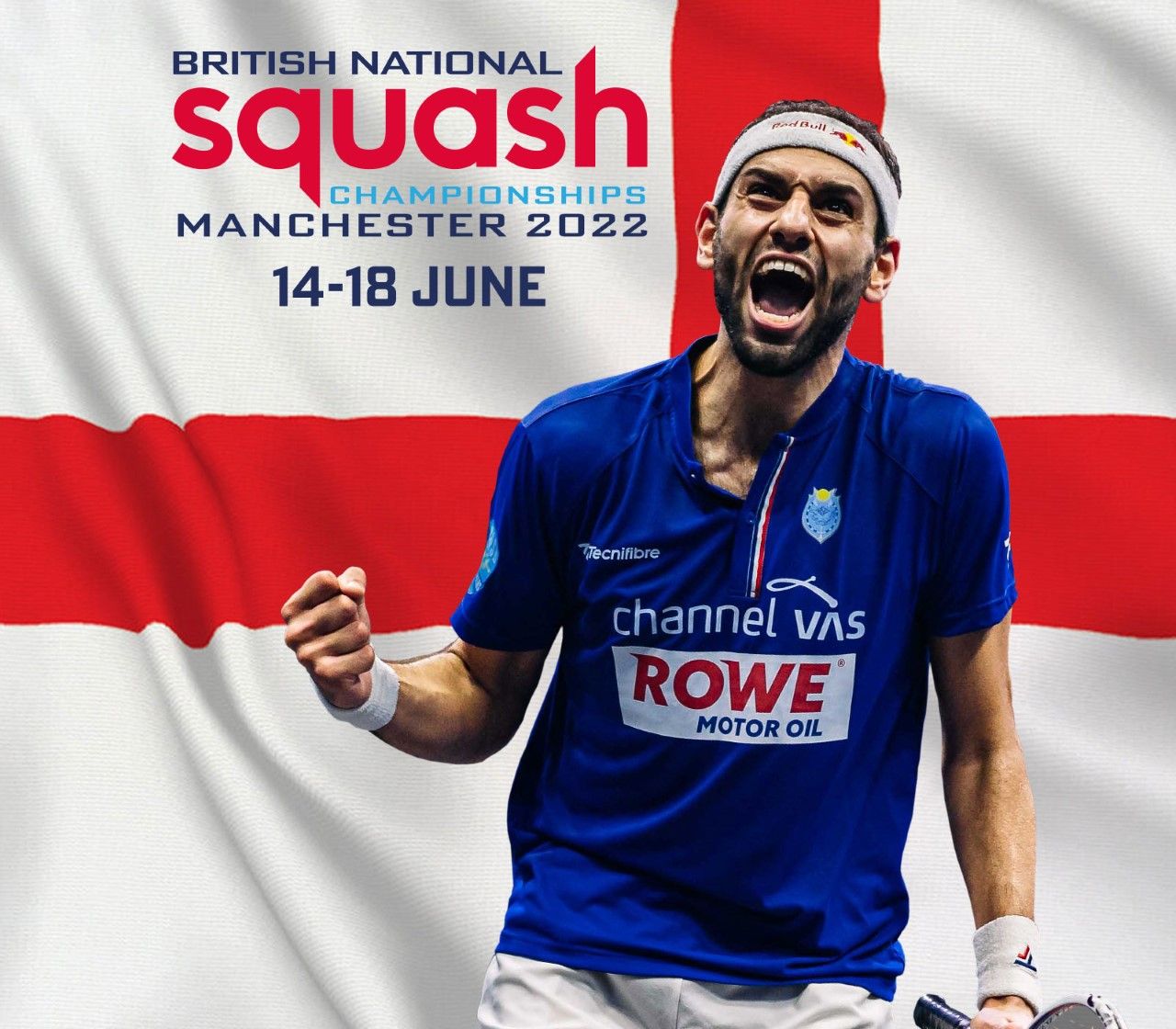 I’ve got a table booked at the delightful Snobby’s Wine Bar in Bristol for the winner of a mouthwatering match-up in the British Nationals between Welsh legend Peter Creed and a younger rival making his first appearance in the tournament under the England flag.

Creed is a regular at Snobby’s but his opponent in tomorrow’s first round at Manchester’s National Squash Centre may take some stopping, for he is up against former world champion Mohamed ElShorbagy, a long-time Bristol resident who has just switched international allegiance from Egypt to England.

Creed, the 35-year-old nine-times Welsh champion, had to negotiate the qualifying competition before securing his place in the main draw for the first time since 2018 as he overcame Hasnaat Farooqi and then Connor Sheen in straight games.

Merseysider Sheen looked to be feeling the effects of a foot injury and struggled with his movement into the front of the court. Creed took full advantage and ran out with an 11-2, 11-2, 11-4 victory.

Rumour has it that Sheen dropped a PSA laptop on his foot but Creed said: “I’ve been there before on PSA when someone has had a slight niggle – you change the way you’re playing and your head can go out of the window a little bit.

“It doesn’t get easier the older you get, so I’m just happy to get off, really. I hope Connor is alright. You could see from the knock-up he was struggling. It’s prestigious and it’s a good title to win for anyone. I didn’t have much on this year, it was a bit quiet for me on the PSA World Tour. It’s a great event and it’s always a pleasure to play on the glass court.”

ElShorbagy will be appearing for the first time on home soil while representing the English flag, having finished as runner-up to Diego Elias in Mauritius, and then warming up for the Nationals by teaming up with the Peruvian for some padel.

English trio Miles Jenkins, Ben Smith and Finnlay Withington all came through qualifying to reach the main draw of the Nationals.

European Under 19 champion Finnlay Withington booked his main draw place for the first time as he overcame Perry Malik in a 48-minute four-game fixture. The Manchester-based player displayed his undoubted skill and flair to take a commanding 2-0 lead and place one foot in the main draw.

Despite Malik showing good determination to take the third game and breathe more life in the match, Withington regained his composure and closed the match out 11-8 in the fourth game to reach the main draw for the first time in his career.

Withington was relieved to have won and had a message for the players in the main draw, saying: “I thought he might come back from 2-0 which would have made it a bit horrible. Thanks to the crowd for turning up for my match. They’ve [main draw players] just got to realise that I’m coming for them.”

World No.132 Ben Smith booked his place in the main draw for the first time in convincing fashion as he beat both Will Salter and Oscar Hill 3-0 to advance.

Against Hill, the 20-year-old looked to use his excellent wingspan to dominate the middle of the court and take time away from his Isle Of Man-born opponent. Smith was able to find the front of the court with superb accuracy and test the movement of Hill early in the match and never relinquished his hold on the match.

After securing the first two games in confident style 11-4, 11-2, Smith’s concentration seemed to waver as some errors crept into his game and Hill was able to gather some momentum. Despite this, Smith’s short game was simply too good and he converted the game 11-8 to win the match 3-0.

“It’s a lot different [on the glass compared to the traditional court], but I’ve played on this court enough times to know how it plays, so it’s quite easy to get used to it pretty quickly,” said 20-year-old Smith.

“The season’s going well, I’ve just got to keep that consistency. I know I can play at a high level, it’s just about doing it on a regular basis.”

The final match of the day saw the highest-ranked player in the qualifying draw, Miles Jenkins, progress through to the main draw for the second consecutive time as he beat surprise qualifying finalist Paul Broadberry in straight games.

Jenkins took a close opening game 11-9 with both players looking to find the back corners and control the middle of the court. After securing the first game, the World No.109 looked settled and started to express himself at the front of the court. He soon booked his main draw place, winning 11-3, 11-1 in 26 minutes. Jenkins now faces Scotland No.1 Greg Lobban in round one tomorrow.

“I just had to settle on the court to start with, it was quite tricky and I didn’t play on it this morning,” said Jenkins.

“To be fair to Paul, he was putting in decent straight drops and attacking me from the start. He was pretty good for the first five minutes. I’m happy with it overall.

“It’s good to be fit and my body is in okay shape. I think everyone needs a break after this so they can get ready for the next season, but I’m happy that I’m still playing pretty well at the end of the season.”