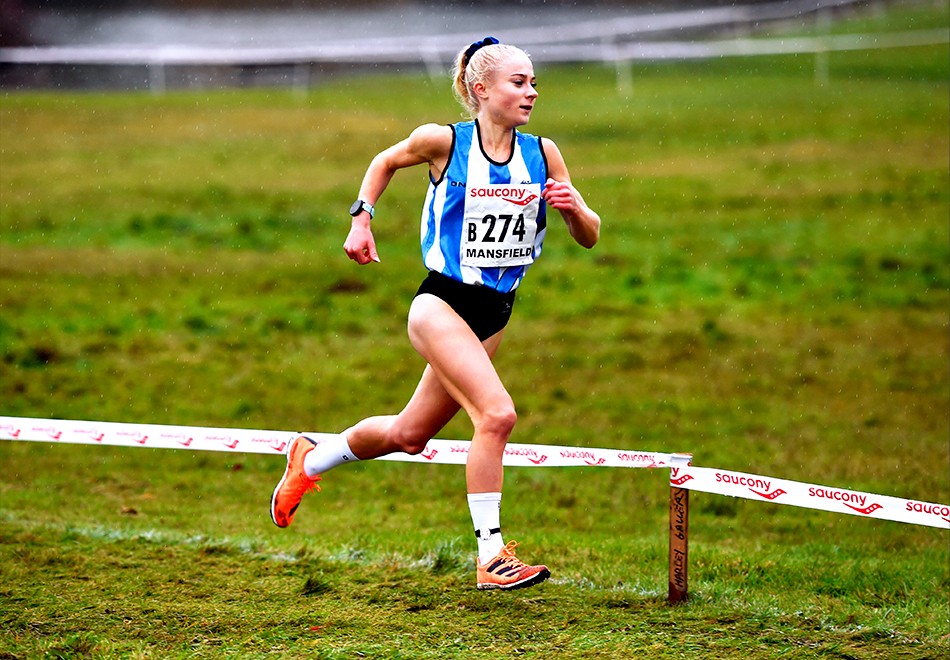 The winner of the recent Therme Manchester Marathon on experiencing eating disorders, the impact of training on your own and qualifying for the European Championships

It hasn’t been any easy road for Becky Briggs. The 22-year-old exercise and nutrition student, who currently trains at St Mary’s University in Twickenham, qualified for her first major championships this summer – the European Championships in Munich – after clocking 2:29:04 to take victory in the Therme Manchester Marathon in April.

At school she was hospitalised due to eating disorders, a moment in her life which she has used to help her mindset now. That determination to succeed has been helped by the work of her current coach Geoff Watkin and those who have guided her both at St Mary’s and her home club, City of Hull.

“I was part of a couple of different groups growing up in Hull,” she says. “At primary school I was with Kingston upon Hull AC and that was focused on younger groups. I then moved to Beverly AC – it was even more of a local club and we did fun runs there. We didn’t do track races and then, when you hit 15, you moved up to 10kms. When I was 17 I moved to City of Hull and I was there until I started university at 19.

“Before I moved to uni my coach was Derek Ricketts at City of Hull. He really got me into a good place with my running, mentally and physically. That was fantastic and it got me my first British vest, at the country 2019 World Cross Country Championships.

“I then moved to St Mary’s and was coached by Mick Woods for about a year but that didn’t really work out and I wanted to move to the marathon distance.”

“One of my housemates was coached by Geoff Watkin and once I saw the coach/athlete relationship and communication that he had I knew it was really good,” she continues. “My housemate put me in touch with him and he knew who I was.

“This coincided with lockdown so the first six months of being coached by Geoff wasn’t in person – it was all over the phone. The day I met him for the first time was just a day before I ran the Olympic marathon trials at Kew Gardens.

“He only has a select few athletes but most of us are based in Teddington so it works. He understands me and although we sometimes fall out he believes in me so much and so much more than I did in myself. I never thought I’d run like I did in Manchester but he did.

“Being in a smaller group works really well and I think I’ve been lucky enough to have people in my group like Sean Fontana, who helped me out with a few marathon sessions.

“Apart from that I’ve done all of the marathon sessions on my own. That is difficult, hard and lonely when you’re doing a workout like a 30km progression run but ultimately it’s you who’s running the marathon on your own and you may not have pacers or others with you so you’ve got to get through that loneliness.

“Me and Geoff have phone calls pretty much every single day so in a way it feels like he has more of a presence than a coach who is with me physically for my sessions as I have constant feedback.

“Another reason for moving to St Mary’s was that there was a huge running scene. At City of Hull there was a 40-minute drive to the nearest track meet and as soon as I got to St Mary’s it felt like home. I can train at the track, Bushy Park or Richmond Park. I want to stay there for the foreseeable future and it’s a beautiful place to train.”

“I suffered from an eating disorder that was based on running and not my self image,” she reveals. “It was all to do with not feeling good enough and to have that at such a young age – at year six in primary school – and being plagued from that for the next five or six years taught me a lot about myself as a person.

“When you are at complete rock bottom and then able to bring yourself back up gives you a lot of mental strength. Honestly, it’s one of the biggest factors to where I am now, especially in the marathon where you can do all the training you want but it’s so much more about mindset.

“During the Manchester Marathon, I just kept telling myself I was fine. I didn’t have any specific mantras and it was just positive and consistent pep talk. Looking back at the footage, I just looked so focused.

“Geoff was there at the end and he came over and gave me a hug straight away. I got so many messages from people who saw me do those local races for the clubs when I was 15 and they’ve been on that journey. It’s so nice to get that from people who have seen me grow up and develop as an athlete.

“Some saw me really struggling and disappearing from school for a few months so to come back looking like a different person meant the most. They now see that I’ve actually done quite well and I could’ve given up at a younger age but I’m really glad I stuck at it and do what I love.”