Dame Kelly Holmes comes out as gay after 34 years 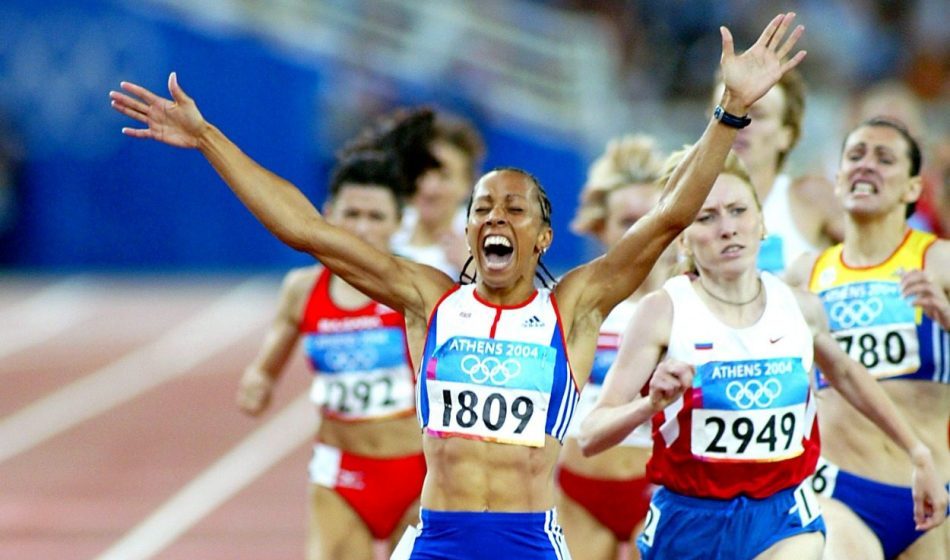 The 52-year-old famously won two Olympic gold medals over 800m and 1500m at Athens 2004 and became Commonwealth champion in the 1500m at Victoria 1994 and Manchester 2002. Holmes also secured three world and two European medals, in a glittering career where she held both the British 800m and 1500m records until Keely Hodgkinson and Laura Muir broke them respectively.

Amidst all the success, Holmes wished that she was able to tell the world about her sexuality. She experienced breakdowns which left her suicidal and, while her family and close friends knew for decades that she was gay, Holmes feared being court-martialled during her time in the Women’s Royal Army Corps, due to a law that meant those who were LGBTQ+ couldn’t serve in the British Army, Royal Navy and RAF.

That ban was lifted in 2000, 12 years after Holmes had joined the Corps.

“There have been lots of dark times where I wished I could scream that I am gay – but I couldn’t,” Holmes told The Sunday Mirror.

“I needed to do this now, for me. It was my decision. I’m nervous about saying it. I feel like I’m going to explode with excitement. Sometimes I cry with relief. The moment this comes out, I’m essentially getting rid of that fear.”

Holmes won the silver medal in the 800m at the 2003 World Championships in Paris but reveals that she felt suicidal and self-harmed by cutting herself with scissors, fearing that she’d be axed from the GB team if she took antidepressants.

The double Olympic champion reveals how sport became an escape but when injuries hit she would “cry all the time” and that her “brain went mad”.

Such experiences stemmed from treatment in the Army. Holmes was fearful that if she looked for counselling  then someone could reveal her sexuality to the public, leading to potential repercussions from secret relationships that Holmes had with women when part of the Corps.

In 1997, she came out to her family but it was only two years ago when Holmes, after suffering from Covid and then a breakdown, sought the help and advice of a military LGBTQ+ leader to ask if she could still face sanctions for her Army relationships.

Once assured that she could not, Holmes revealed that she could “breathe again” and in January this year she started making Being Me, a documentary where she talks to LGBTQ+ soldiers about their lives in the military now.

Now out publicly, Holmes has received a tonne of support on social media from sports stars.

“Even though it’s ludicrous that it’s still a thing, it’s wonderful that Dame Kelly Holmes, one of our greatest ever athletes, has found the courage to share her feelings,” tweeted Gary Lineker.

Holmes has posted on Instagram to thank the thousands who have sent messages of support.

“Firstly THANK YOU – The support has been overwhelming- I actually don’t think I can take it all in and process it right now!  So here it is, the start of a new chapter in my long life book.

“This journey has been the hardest part of life. Living with any kind of fear is debilitating. You and here everyday but not fully living every day.

“I have lived in fear for 34 years and I am exhausted and don’t want to anymore. I hope those that read my story will help me through this next scary phase but also be there for others.”