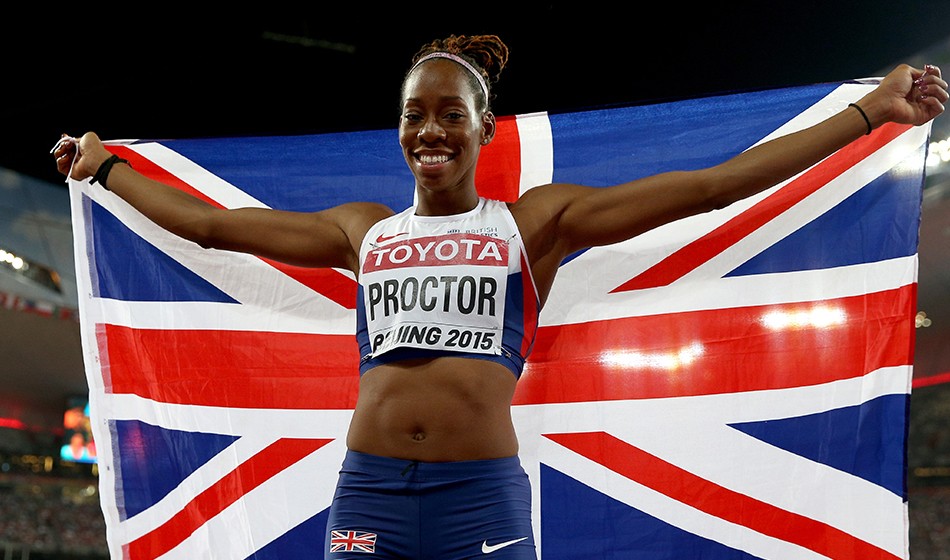 Shara Proctor, who won four medals at major championships, has hung up her spikes at the age of 33.

Her British long jump record – a mark of 7.07m set at the World Championships in Beijing seven years ago – is yet to be beaten, with Lorraine Ugen coming the closest with 7.05m back in 2018.

Proctor’s greatest achievement came in the Chinese capital. She was one jump away from becoming world long jump champion but Tianna Bartoletta leapt 7.14m in her sixth and final round to win gold for the US.

It’s not just at world level where Proctor has won medals. At the World Indoor Championships in Istanbul in 2012 she claimed bronze, before repeating the feat at both the European Championships in Berlin and the Commonwealth Games on the Gold Coast, both in 2018.

Proctor is also a triple British long jump champion and has five Diamond League victories to her name, two of which were at the Olympic Stadium in London.

At the Olympics in 2012, she finished sixth in the final.

Proctor also competed for Anguilla between 2003 and 2010 before the switch to Great Britain.

“This is a decision I have been thinking through for some time, and it is one I am blessed to feel truly happy and content with,” Proctor says. “As an athlete you know when you feel the drive to continue and when it becomes harder. I have had a feeling since later 2019 and it has continued until last June when I decided to take some time off.”

“Although I returned and trained through the winter until March, I am happy now to finish, it is the perfect decision and time for me now. I know it is right because I am at peace and I can happily watch a track meet and enjoy it, and not feel frustrated or sad!

“I am so very happy to have represented Great Britain. In becoming part of the team I found a family, friends to compete with, train with… have breakfast with at championships! There has always been great camaraderie and the way they came together, I will always cherish those times.

“I am thankful to my family for their endless support and sticking by my side, it has been an up and down journey, as well as thanks to my coaches and training partners.”

The Müller UK Athletics Championships will mark Proctor’s retirement with a special presentation while she will also have the honour of presenting the medals following the women’s long jump event.

More in this category: « Brigid Kosgei powers to women’s win in London The world’s greatest national championships »
back to top