This is just the start for Birmingham 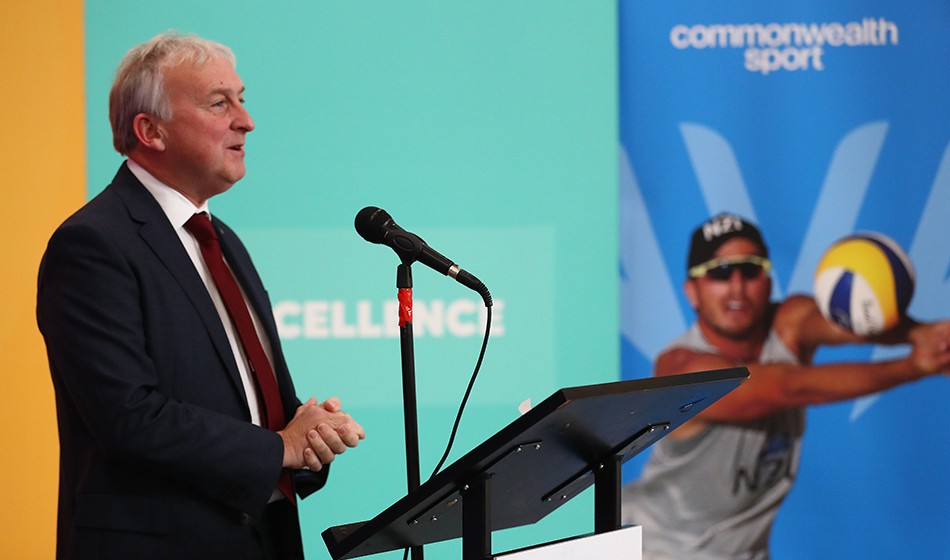 Ian Ward, Leader of Birmingham City Council, says the 2022 Commonwealth Games is being seen as a platform to bring more major athletics events to the city

It’s all starting to feel very real, indeed. There is little more than a month until the start of the Commonwealth Games, while the first test events – such as the Diamond League on May 21 – have already taken place at a gleaming, remodelled Alexander Stadium which is having its finishing touches applied.

July 28 is the date when the doors will be flung wide and the crowds will flock into the arena for the opening ceremony of Birmingham 2022 – an event which has been long in the planning.

When it became apparent that Durban, the city originally named as hosts of the Games, would not be able to fulfil the brief, Birmingham seized an opportunity and were given the green light to take over in 2017.

The coming weeks will see the culmination of a huge body of work, yet Ian Ward, Leader of Birmingham City Council and the man behind the Commonwealth bid, insists this is only the beginning.

As recently outlined in their Major Sporting Events Strategy 2022-2032, the plan is for the Games to provide a gateway to more showpiece occasions making their way to the West Midlands.

Next year’s inaugural World Road Race Championships are already a very real target and the city has this month set out its stall to stage the European Championships in 2026.

Budapest and Birmingham are the two cities vying to host the 2026 European Championships.

A decision will be made in November. pic.twitter.com/NtmElcX3QP

Birmingham’s relationship with athletics is a long one – it is home to UK Athletics – and Ward intends to extend it. The deal to stage the British Indoor Grand Prix there on an annual basis has already been secured, while talks are ongoing about the future of the Diamond League event. Metaphorically at least, Ward is licking his lips.

“As we get closer, [the Games] is the realisation of something I’ve wanted for the city for more than 20 years,” he says, having also been instrumental in winning the right to host the World Indoor Championships in 2003 and 2018. “I’m incredibly proud of what we are doing.

“We’ve been known as the home of British Athletics for many, many years so it was important that we found a way to continue to host international athletics in Birmingham.

“In past years, I used to think ‘how are we going to find the money to invest in Alexander Stadium because, if we don’t do something, it’s going to decline and become unusable in the future?’

“The Games provided the solution to that and we now have, by far and away, the best athletics stadium in the country. You can already see it’s a venue which will create a fantastic atmosphere when we get to the Games in July, so I’m very confident we’re going to deliver a successful event.”

With a top-class cricket venue, not to mention two Premier League football stadia on the doorstep, Birmingham is very much accustomed to hosting major occasions from across the sporting spectrum. So why place such importance on athletics?

“To a certain degree it’s the tradition here in Birmingham. We have been one of the biggest, – if not the biggest – supporter of athletics in terms of local government for many, many years so it’s always been an important relationship for the city,” says Ward.

“I think the sport of athletics actually lends itself to the city because of the diversity of our population. Athletics is very much a sport that brings the communities of Birmingham together and I think it will continue to be a very special sport for the city for years to come.”

There have been some challenges, of course. For example Birchfield Harriers will be able to move back into their renovated home once the dust has settled after the Games. Their displacement has not been easy, however.

“I think it’s fair to say that the fact that they’ve had to be displaced while we build a new stadium has caused some strains, but Birchfield are going to have the best athletics facility at their disposal two days a week, going forward,” says Ward.

“We’ll always had a very close relationship with the club and that will continue into the future. We’ll work very closely with them to ensure that they maintain that position as the number one athletics club in the country.”

Ward’s first memories of athletics are of watching TV pictures of David Hemery striding to 400m hurdles gold at the 1968 Olympics. He recalls the likes of Brendan Foster and Ian Stewart in their Olympic pomp, too.

His hope, now, is that the next generation are inspired by what they see in the coming weeks – and it would seem that the omens are good.

“We’re seeing people sitting up and taking notice that this is happening, and increasingly wanting to be part of it,” he adds.

“My message to everyone is that, even if you are not fortunate enough in the end to get a ticket, do come into the city centre whilst the Games are on because the atmosphere will be magical.

“I’m sure we all wake up on August 9, the Games will be over and we’ll be thinking to ourselves ‘well, that was Birmingham at its very best. What are we going to do next?’”