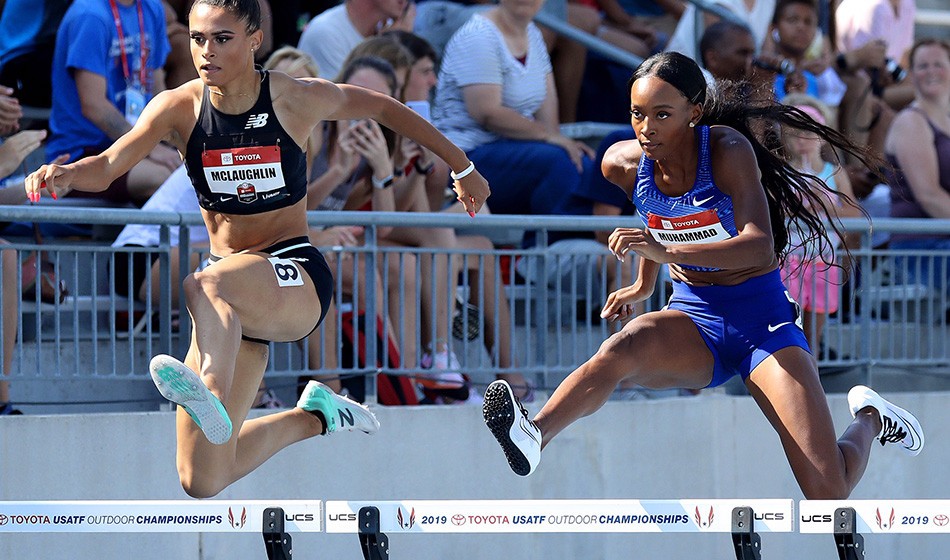 Dalilah Muhammad stormed into the history books on Sunday as she clocked an incredible time of 52.20 to break the world 400m hurdles record at the USA Championships in Des Moines, Iowa.

Running in lane four on a wet track, and after starting with the slowest reaction time (0.287), the Olympic champion powered away and had a clear lead off the final bend as world under-20 record-holder Sydney McLaughlin, Olympic bronze medallist Ashley Spencer and 2015 world silver medallist Shamier Little battled behind her.

But Muhammad did not falter and went on to record a mark which improves by 0.14 the previous record run by Yuliya Pechonkina in 2003.

Before this year, Muhammad’s PB for the 400m flat had been 52.63 but she proved her fine form with a time of 50.60 in Poland in June and her new hurdles time – which moves her up from sixth with 52.64 on the world all-time list – is faster than many 400m runners can manage, without 10 hurdles on the track.

“I wanted it so bad,” Muhammad told NBC after the race. “I knew I had to go out there and prove myself.”

Coverage of day one and day two action can be found here, while a day three report is here and results are here.