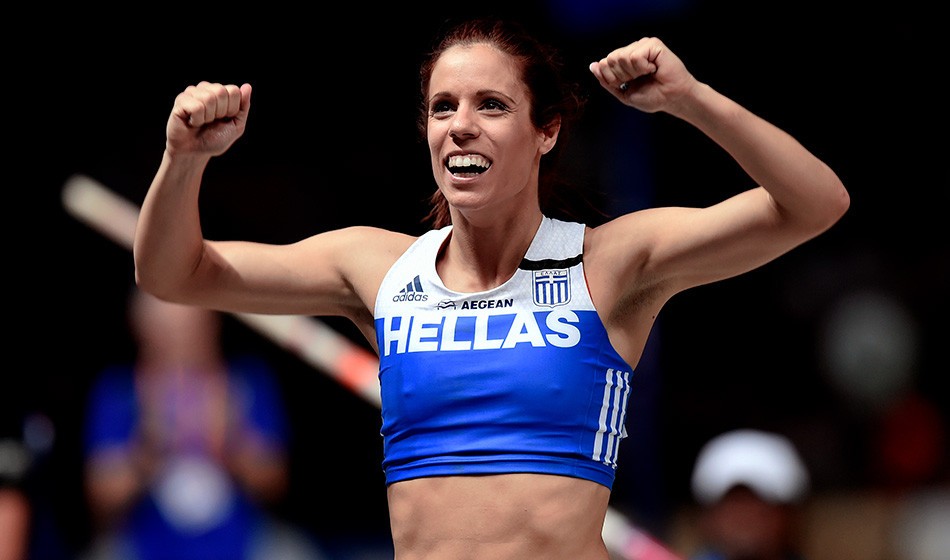 Katerina Stefanidi, Stefano Sottile and Shaunae Miller-Uibo among the winners across the world as a number of national championships take place

While USA Championships action, which included a world 400m hurdles record by Dalilah Muhammad, took place in Iowa, a number of other national championships were also happening across the world.

Catch up on some of the highlights below and see the August 1 edition of AW magazine to read more.

Click here for an online round-up of UK Inter-Counties and England Athletics Senior Championships performances in Manchester, with a report on 5000m action, incorporated into the MK5000 PB Special at Milton Keynes, available here.

Olympic and world champion Katerina Stefanidi cleared a season’s best of 4.83m to win the women’s pole vault before an unsuccessful attempt at would-be national record height of 4.92m, while Konstantínos Filippídis beat Emmanouíl Karalís to win his 12th title in the men’s event, clearing 5.71m to Karalís’ 5.60m.

Greek Nationals. Got 2 SB, a meeting record of 4.83m and very much love ❤️ (can’t see it in the video but we had one of the biggest turnouts of recent years with close to 5 thousand people in the stadium) #nike #stoiximan #nbg #toyota #elpe #tempur #seventeen #lorvenn pic.twitter.com/G0Cvbbomw0

World leader and Olympic champion Shaunae Miller-Uibo won the 400m in 49.59 for an almost four-second victory.

Edis Matusevicius broke the Lithuanian javelin record with 89.17m at his national championships. It places him third on the 2019 world rankings.

Antoinette Nana Djimou won the heptathlon with 5944 points on her return after injury.

Superb days competition with some very VERY closes finishes! Not to mention the official hand over if the Men’s 400m Hurdles title!

Claire Martin of Telford AC won the women’s race in a time of 36:57.

Michal Haratyk achieved the longest outdoor shot put mark by a European thrower since 1988 with 22.32m to improve his Polish record.