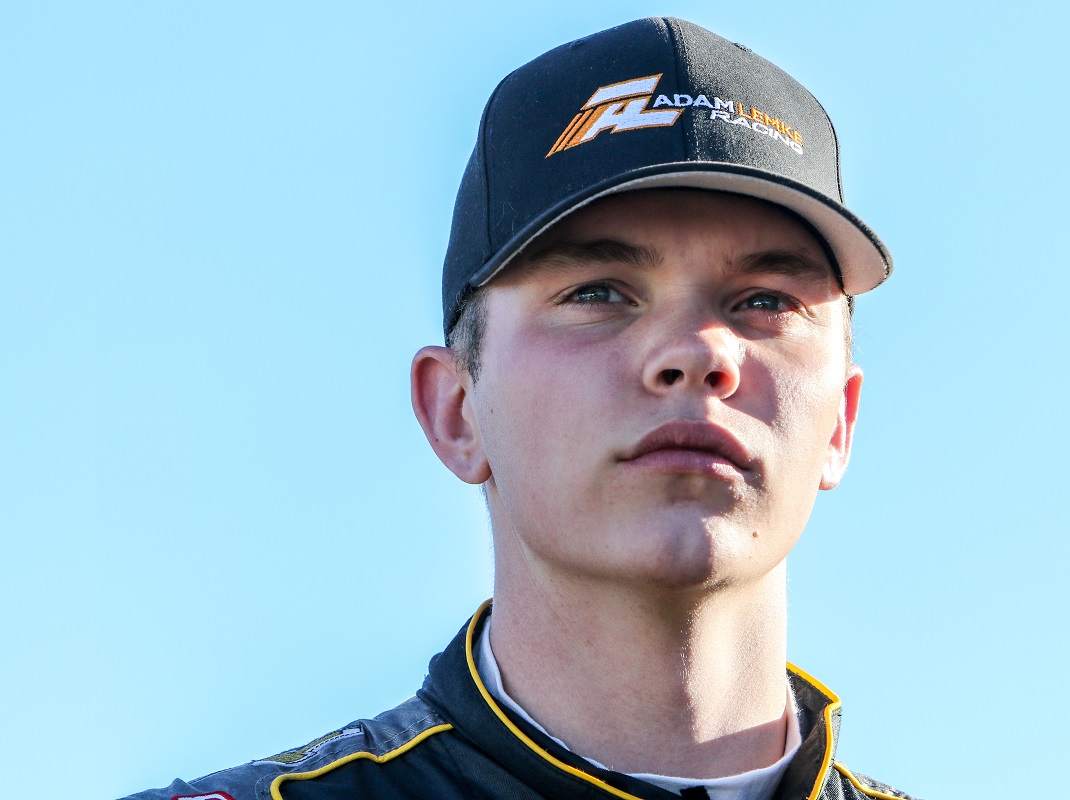 Lemke picked up his first win with the organization on March 16, starting fourth and driving to the front in the second of twin 40-lap features at historic Hickory (N.C.) Motor Speedway, the track where the Earnhardt family’s early name was made in motorsports.

He followed that performance up with a podium run during last weekend’s CARS Tour Old North State Nationals at Orange County Speedway in Rougemont, N.C., running third behind Lee Pulliam and Adam Lemke and beating out veteran teammate Josh Berry in the process.

It’s been a month of successes and a big boon for the California teenager after the biggest jump up in his career to-date.

“(The Hickory win) was a huge confidence booster and a big way to get myself some momentum and consistency with the team, especially with them being a new team to me,” Lemke told SPEED SPORT. “Josh coached me through that one, and to have him as an asset has been a huge help to me.

“You know, we had a wreck during practice the week before that I obviously didn’t want to have happen, but there was a good side to that happening, because I really went into the race without having to worry about points and feeling like there was no pressure,” Lemke added. “I feel like we made progress, both me as a driver and with the car, every time we hit the track. I was confident going into the race that I would have a good car and it was up to me to get the job done. Thankfully we were able to do that and come out with a big result. I definitely didn’t expect it to come this quickly, though.”

Lemke, who is part of Chevrolet’s Driver’s Edge Development program with JR Motorsports, grew up racing in pro late models and USAC Speed2 midgets in California before coming out east this season.

He pointed out that the jump from pro late models to the NASCAR-style late model stock cars has been a substantial adjustment for him, but one that he’s been excited to tackle.

“It’s a night and day difference between the late models I’m driving out here (on the East Coast) and the late models I drove back home in California,” noted Lemke. “It’s mainly tires; we ran a much smaller tire on the cars I came from, so to be able to come out here and run the 10-inch slick rather than an eight-inch treaded tire and find success has been nice for me.

“I’d almost make the comparison that it’s like driving a super late model compared to a late model stock, that’s how different the feel is between the two cars. It’s a huge difference, but I’m having fun with it.”

While for many young drivers, racing for a team like JR Motorsports might be intimidating, Lemke is relishing the opportunity and grateful to drive for one of the giants in the sport.

“It’s a big deal to be able to race for Dale. I haven’t had a lot of time to spend with him and learn from him yet, but I did have a little bit of time with him at a recent luncheon, and it’s just cool to be able to wheel a race car for him,” said Lemke. “He’s a cool guy and someone that I’ve looked up to.

“Everyone knows how much he’s meant to the sport and to be a part of that is a real honor.”

Lemke will run the remainder of the CARS Late Model Stock Tour schedule this season, as well as some of the crown-jewel late model stock car events in the region, including the Valleystar Credit Union 300 at Martinsville (Va.) Speedway and the Myrtle Beach 400 at Myrtle Beach (S.C.) Speedway.

With a win already under his belt, Lemke knows the bar has been raised somewhat, but he believes that his first victory is a sign of greater things to come.

“I’m out here to win every single race I go to with JRM – you have to have that kind of focus as a driver – but getting that out of the way early was a big deal for me, I feel like,” Lemke explained. “After I got the win, my goal was to finish a CARS Tour race, and we finally did that at Orange County. We just keep checking boxes one at a time, and I feel like that we’ve paced ourselves pretty well so far.

“I think we’ve started to prove now that we’re here and we’re not going away, so the next step is just continuing to build on this foundation that we’ve built and making some more things happen here.”