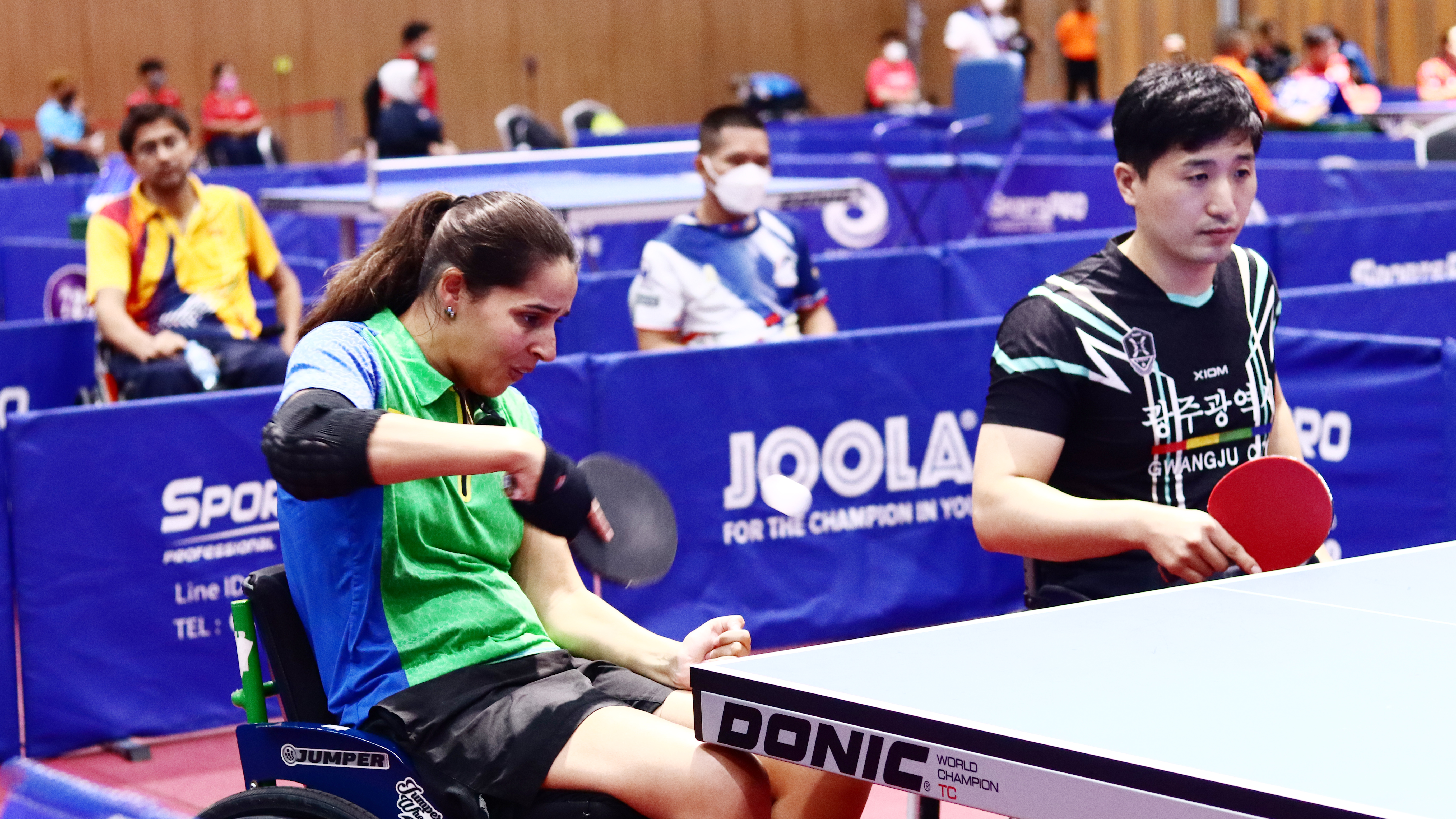 The host nation’s Wanchai Chaiwut and Dararat Asayut emerged the pair to note as the mixed doubles event commenced on Wednesday 20th July at the ITTF Thailand Para Open in Pattaya.

Similarly in the men’s doubles, the local pairing of Paisol Pateh and Wanchai Chaiwut alongside the Korea Republic combination formed by Jang Yeongjin and Park Jungsoo alo attracted the attention.

All three combinations upset the order of merit on a day when in the majority favourites prevailed.

Impressively, the Thai duo ended the day unbeaten, with one match remaining for each pair, they are clear favourites for gold.

In men’s doubles class 4, it is the same situation for Jang Yeongjin and Park Jungsoo, the winners in opposition to top seeded colleagues Cha Sooyong and Jeoung Sanggu (11-4, 11-6, 11-9).

The Thai pair ended the group unbeaten, for Genko Saito and Suleyman Vural, it was just one defeat; thus, both pairs reserved semi-final places and could well meet again in the gold medal decider.

Penultimate places reserved; it was same for top seeded partnerships.

Likewise, in the women’s doubles Chinese Taipei’s Tan Shiau-Wen and Lin Tzu-Yu (class 20) duly advanced, as in the mixed doubles did Jean-Paul Montanus and Kelly van Zon of the Netherlands (class 14), in addition to Chinese Taipei’s Lin Chun-Ting and Tian Shiau (class 20).

In a likewise vein it was a positive outcome for the pairing comprising Korea Republic’s Kim Gitae and Sin Nahea (class 22).

Success for top seeded pairs in group organised events, a day without defeat, it was the same in the mixed doubles for Japan’s Toru Nakamoto and Kimie Besso (class 10) alongside Phisit Wangphonphathanasiri and Thai compatriot, Sumalee Suangtho (class 17).