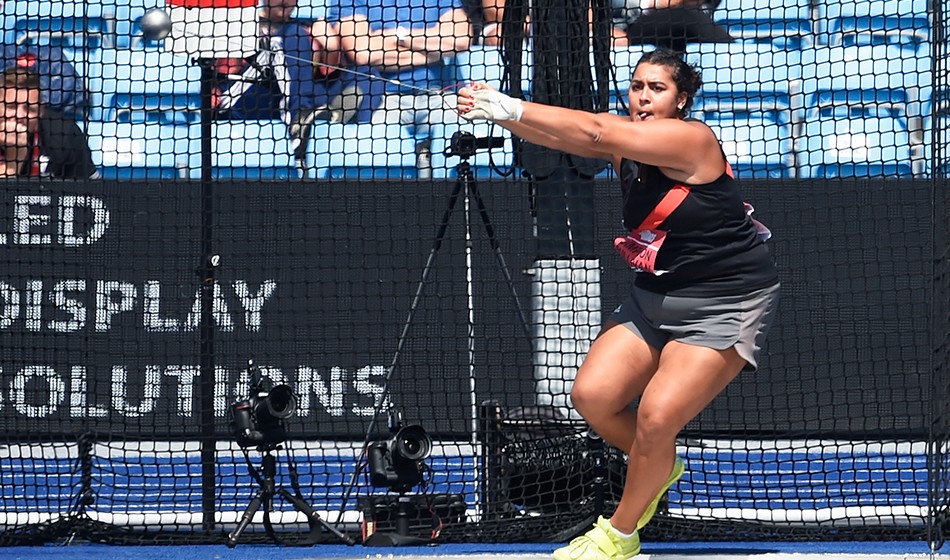 Tara Simpson-Sullivan is fast becoming one of the most notable members of the British throwing cohort. The young hammer thrower, who attends Rice University, Texas, first made her mark at junior level in 2014 when she won gold at the Northern Schools Inter-Counties, Cumbria Schools and Cumbria County Championships. Since then, her rise has been meteoric and, in 2021, she won the British Championships on her debut at the event and has a best of 69.39m. She now has her sights set on raising her own standards even further.

Who and what inspired you to get into athletics?

I have always been involved in numerous different sports from a very young age and it was my mum who encouraged my sister and me to participate in as much as we could. I started athletics when I was 10 but at the time I did short sprints, high jump and long jump. Little did I know that four years later I’d be throwing implements I’d never even heard of.

What drew you to taking up the hammer throw?

In 2014, I was competing for a club in the Youth Development League and our team manager asked me to compete in the hammer to get us some extra points. I obviously said yes but I had no idea what the hammer was – I had never heard of it. I remember I’d just finished my hurdles race and had to run down this hill to where the hammer competition was starting.

A fellow team-mate and now friend of mine was competing, and she and her dad helped me out massively at that competition, teaching me the basics. I threw just under 19m but really enjoyed the event and was told I was a natural, so I started training. A week later I threw over 10m further and ended that season throwing just over 40m. I stuck with it, training when I could, moved clubs, and eventually got a scholarship in the US.

What has been your biggest achievement to date?

What is the ultimate dream?

I aspire to inspire. It’s as simple as that. There were never a lot of muscular or bigger women to look up to in sports. They weren’t shown in the mainstream media. So I hope to be that for someone. Even if it’s only one person, that’s enough for me. Competition-wise, the main goal is to qualify for Paris in 2024 and be selected to compete at my first Olympics.