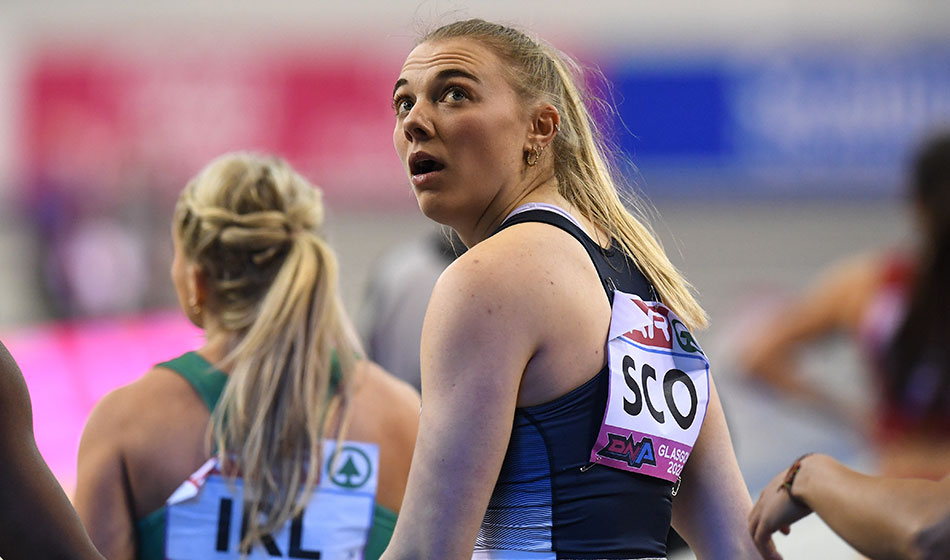 “I just feel so average,” said Alisha Rees to her coach Leon Baptiste prior to this year’s UK Indoor Championships.

In the end, all it took was one race to dispel her own feelings of mediocrity. She finished second in the British 60m final, lowering her own Scottish record to 7.31.

Greater results, and a further nudge above average, were to come. In her outdoor season opener on May 1, the Edinburgh AC athlete took down the Scottish 100m record – a mark that had stood for almost half a century – with a time of 11.39.

“My training was pointing to that kind of run,” she admits. “I was doing a session and Leon clocked me at 11.40. I’d done a 60m before the 100m, so we knew something was there, but during the indoors I was running a lot quicker in training than in competition, so I didn’t want to get ahead of myself. I went into the competition hoping to run 11.4 but, to run 11.39, it was almost a relief.”

Rees learned her trade on a grass track under the guidance of coach Willy Russell at Banchory Stonehaven AC. If the group wasn’t training at the track, they would drive to trails near the River Dee or to local hills for hill rep sessions.

She relocated south to study sociology at Loughborough University in 2017, a decision partly influenced by the positive reputation of the course, but also the opportunity to link up with Baptiste’s training group which includes fellow Scot, close friend and 200m national record-holder Beth Dobbin.

It wasn’t a textbook transition. In fact, Rees was plagued by injuries throughout the duration of her studies. Some have been laughable – a pulled muscle from coughing as a result of Freshers’ Flu and a few too many nights out – others perhaps predictable, most notably her body’s slow adaptation to training on a tartan track after years of grass-based work.

There have been positives, too, of course. After an injury-enforced shift of focus from 200m to 100m, she made gains over the shorter distance and earned her first Great Britain senior vest and 4x100m bronze at the 2019 European Team Championships.

“This is the first year I haven’t been injured and it just shows,” she says. “My goals have definitely changed a bit [following the Scottish record performance].”

She has been selected to race in this week’s Commonwealth Games in the 100m and 4x100m for Scotland and adds: “I think there’s definitely room on the GB relay teams. I’ve been on GB teams since the European Juniors in 2017 and I’d like to think my relay skills are quite good. It will be difficult but, if I can keep running the way I am, then there’s definitely an opportunity to sneak into a team.”

Rees graduated last summer and now works part-time as a sessional worker for Loughborough-based charity TwentyTwenty, an organisation that empowers young people aged 11-18 to build confidence and make positive choices in their health, relationships and education.

Her own role, working on the charity’s Love4Life programme, is focused on running youth groups to support vulnerable girls to develop their self-esteem and form positive and empowering relationships.

It’s something she’s working on herself, too. “I do struggle with self-belief sometimes, I think everyone does,” she says. “Having a job like this definitely helps me, I obviously have to teach the girls about confidence and stuff so I kind of have to practice what I preach.”