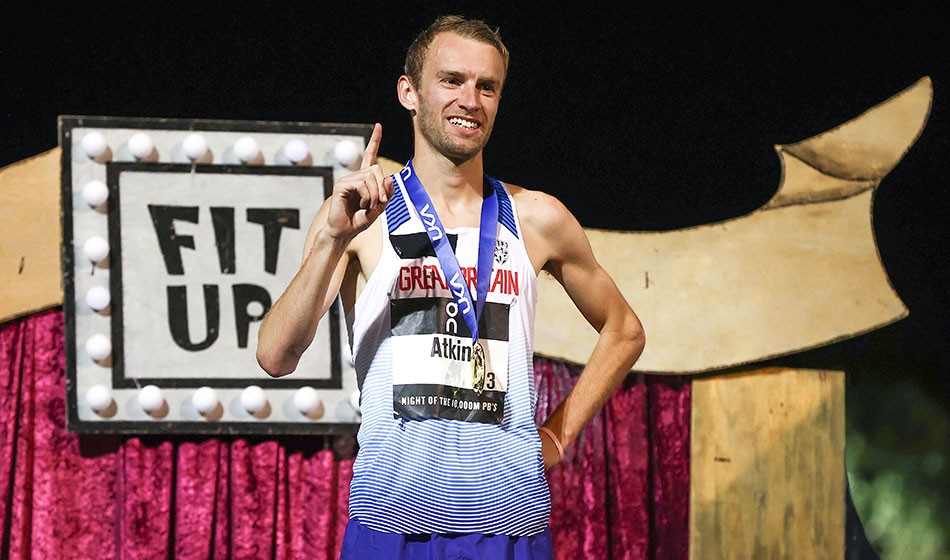 Grimsby-born Sam Atkin came from relative obscurity to run 27:26.58 for 10,000m in California in December 2020. Despite racing himself to sixth on the British all-time list, he’d be the first to admit he’s still largely unknown.

Based in Idaho since 2011, Atkin studied at Lewis-Clark State College, where, after an unassuming start (he was advised to try it out for one semester initially), he fell in love with it. It’s fair to say he didn’t choose one of America’s more renowned running destinations.

“Most people don’t even know where it is,” he laughs. “It wasn’t necessarily the best school in terms of profile or training partners, but it worked for me.”

It’s coincidental, of course, that this low-key athlete has worked towards such significant performances from such an anonymous location, but his set-up – including the fact that he lives with his college coach and his family – has enabled him to continue to train and compete, even when times have been tough.

In February, the 29-year-old ran a 5000m best of 13:03.64 (indoors) to go fourth on the UK all-time lists, and he backed that up with a British Championship-winning 27:31.98 at the Night of the 10,000m PBs in May. He also signed a professional contract with Puma – a significant step towards competing on the level playing field he so craves.

“I think the biggest thing for me is that I now have the support to go to training camps, it gives me the opportunity to work harder in training and to travel to races,” he says.

“The last few years I’ve had to really pinpoint which races I could go to because I couldn’t really afford to go to them, but now I can. It’s opening up new opportunities. I hope that in the next year or two I’ll be able to show how a supported background is going to help me go on to the next level.”

“I think I stunned him with some of the work I do. He was like, ‘okay, how are you running that fast off that work?’” says Atkin.

“I’m still only on around 80 miles per week and I only do three doubles per week, but that’s something that I need to improve on. I still feel so new to the 10km. I don’t train for it, so it’s something I’m going to work towards. He’s on board with my coach and we’re going to slowly move up. I want to see what happens.”

That his contract has also enabled him to continue working with his college coach, Mike Collins, is hugely important.

“I know what works with him,” adds Atkin. “It’s not that there wouldn’t be other options that would work, but we have a great relationship and I’m excited about the future.

“I never thought I’d be in this position. I thought after college I’d be done – which technically I kind of was because I didn’t even race for a year – but I guess going away from the sport for a while made me a little anxious to get back into it. I felt that void. I took 2016/17 off then came back to the sport in late 2017 and I guess I just wanted to get faster and faster.

“I can still see a lot of room for improvement. I don’t just want to be a participant at championships, I want to be up there with the best in the world. That’s obviously easy to say, but with even more progression over the next couple of years I can hopefully back that up.”