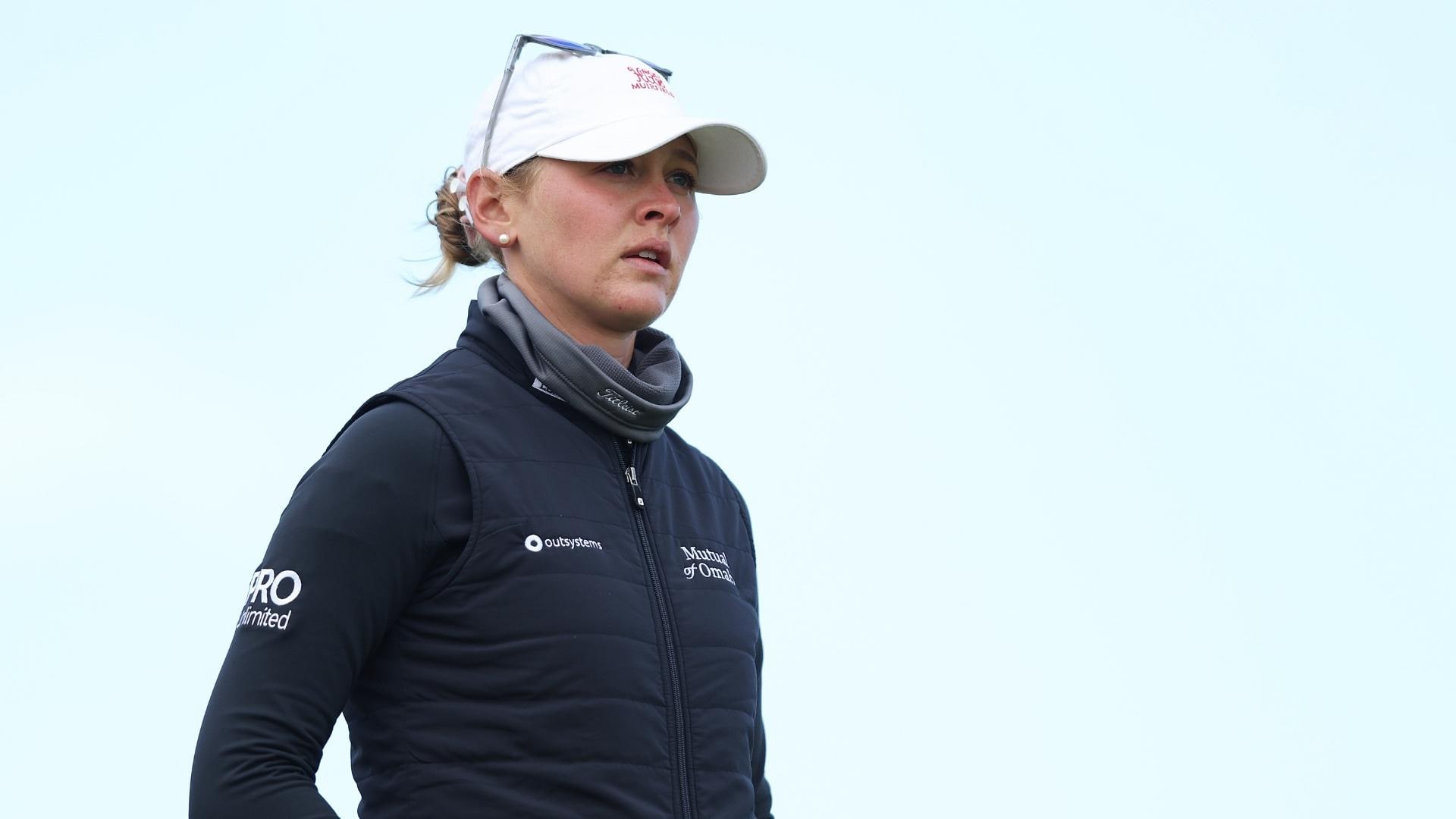 Even professional athletes aren’t immune to the travel nightmares happening around the world this summer.

Case in point: Jessica Korda’s suitcase is currently sitting aimlessly at the Zurich airport with all of her clothing, sponsor hats and other necessities, as its owner competes in the final major of the LPGA season.

“I know where it is,” Korda responded when a reporter said it’s probably gone. “I have an air tag on it. I can’t get anyone to actually go get it.”

Despite the inconvenience, Korda started the AIG Women’s Open with an opening 5-under 66, including four birdies and an eagle on the par-5 17th.

The 29-year-old’s lone bogey on the par-4 second could be chalked up to opening round jitters, as she rolled into the clubhouse with the second-best mark of the day so far… while wearing borrowed pants.

For reference, Khang is almost a foot shorter than the 5’11” Korda.

Korda seems to have put the clothing debacle behind her, or at least out of sight for the time being, telling reporters that she gave up by Wednesday. That means she’s wearing a Muirfield hat and more FootJoy gear than usual, after her sponsor came to the rescue and sent “a bunch of clothes.”

“I have some great partners and it's just tough, when you play well and you're obviously in the hunt, and you can't kind of wear that,” Korda said.

So if you’re reading this in Zurich, on behalf of Jessica Korda and golf fans everywhere, please help the woman get her suitcase back.