Is Fred Kerley the next American track star? 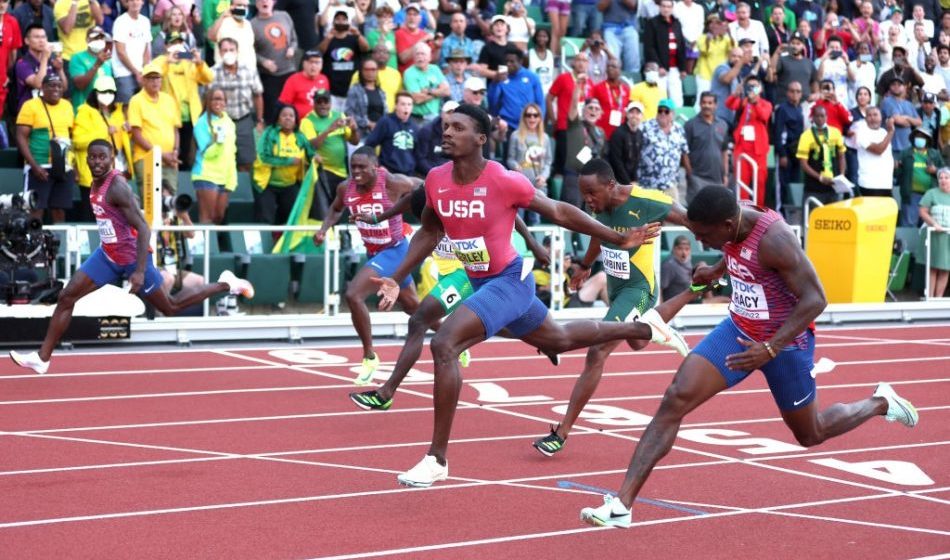 For Fred Kerley, the delicate condition of his stardom is a result of the mix of accumulative victory and a recent glitch. He is now put on a hot seat beneath a global spotlight in the world of The Olympics.

And the interesting thing with spotlighted persons like Kerley is that they shape sport culture, creating whole fan communities or related industries such as sport betting. Fans of the Olympics are now left with the puzzle of how to expend their wager. And with sports, the fun is in the guessing, the hoping, the uncertainty clouded in assurance that your sure star will earn you the jackpot. Fred Kerley has a record of progressive success and his future on the track is promising. But will be the king of the lanes or one out of the many fast legs on the track? That, exactly, is the question on the lips of many.

On one hand, there is the success of winning the 100m gold at the World Athletics Championships 2022 in Oregon, which is preceded by his 2021 record-making achievement as the very first man to win Diamond League events in the 100m, 200m and 400m. This, in fact, is a follow-up to his phenomenal 2017 discovery when he won the NCAA indoor and outdoor 400m. And before then, there was Fred Kerley, the high school 200m star, who would go on to achieve these feats as the years ran by. Now, with a recent fallout, coupled with the weight of his accumulated success and a promising future, the question is birthed: Is Fred Kerley the future of American track Stardom?

Fred Kerley’s stardom puzzle: an event glitch and a ‘competition of talents’

On Tuesday, 19th of July, 2022; due to cramps, Kerley failed to make it to the 200m final at the world track and field championship held in Oregon. This is a dash in the momentum he has been building. Thankfully, it does not disqualify him for future events though, as he pointed out that he will still be able to participate in the 4x100m relay. If he failed to make the 200m due to cramps, perhaps we should rest assured that it’s just a mundane factor, and his budding top status will stand. But in the matter of being the next star of American track events, there is also the competition that is Noah Lyles, Kenny Bednarek, and Erriyon Knighton; the trio which advanced to the finals.

Knighton is already being compared to Usain Bolt after he replicated Bolt’s memorable feat of over a decade ago; he set the 200m world record within 19.19 seconds and has become the youngest track and field athlete since 1964, to be selected to the United States Olympics team. But Lyles seems to be an even greater competition. His record-setting moment was quite dramatic at the finals when he beat Michael Johnson’s 1996 Atlanta Olympics records by running  19.31 seconds to become the world’s third fastest athlete in the 200m. However, Fred Kerley’s place as the current fastest man in the world is still cemented. But the competition is a healthy one and not one to divide fans of the Olympics. But this time, the conversation revolves around Kerley. With the 200m final failure, and a rapidly burgeoning contender such as Lyles, his place as the superstar of the American track events is not particularly questionable, but a challenge to him. Much more, it brings more excitement to the expenditure of sport betters who are casting their runes.

The bottom line is this: For Kerley, nothing has stopped him – not the competition, nor the inability to advance to the 200m final, a challenge not new to athletes anyway. There is no easy answer to the question of who the next American track race star might be. It is impossible to say who will emerge from the pack to take the mantle from the current crop of stars. However, there is no shortage of talented young athletes who are hungry to make their mark on the sport. With hard work and dedication, anything is possible. We can’t wait to see what the future holds for American track and field.